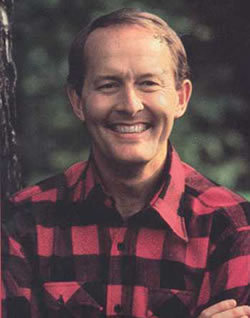 There has been an exciting and unprecedented flurry of activity this week to stop mountaintop removal coal mining, with the White House, the EPA, and United States Senate all taking significant action to curb the practice.

While these changes have inspired a swell of hope across the coalfields, we have heard a roar of protest from the coal industry and their friends in Washington; inane ramblings about how blowing up our mountains and poisoning our streams is somehow good for our economy.

Response from West Virginia politicians, one of the states most ravaged by mountaintop removal coal mining, has ranged from careful concern to faulty consternation about job losses.

Along with Senator Ben Cardin, Democrat from Maryland, Senator Alexander has introduced the Appalachia Restoration Act (S 696), which would amend the Clean Water Act to prevent the dumping of toxic mining waste from mountaintop removal coal mining into headwater streams and rivers. This is a companion bill to the Clean Water Protection Act (H.R. 1310), which is currently gaining steam in the House with 134 bipartisan cosponsors.

Fortunately for Appalachia, Senator Alexander gets it.

"It is not necessary to destroy our mountaintops in order to have enough coal. Millions of tourists spend tens of millions of dollars in Tennessee every year to enjoy the natural beauty of our mountains -- a beauty that, for me, and I believe for most Tennesseans, makes us proud to live [there]."


Senator Alexander is a man of many talents. He can support coal while opposing mountaintop removal coal mining. He can also play a mean piano while wearing a flannel shirt.

He's been known to break out the shirt during special occasions. Hopefully he will have the opportunity to wear his signature plaid when Appalachia Restoration Act is passed and mountaintop removal coal mining becomes a thing of the past. Maybe he'll even play a little Tennessee Waltz in celebration of that day.