First comes love, then comes marriage, then comes Khloe and Lamar listing their house for sale as they head for Splitsville. Divorcing reality TV star Khloe Kardashian and her soon-to-be ex-hubby, LA Clippers player Lamar Odom, have listed their Tarzana, Calif. home for sale at $5.499 million.

They bought the ill-fated love nest in 2009 for $3.95 million and are obviously hoping to have some profit to be divided in a community property state kind of way. The Mediterranean-style home has 8,000 square feet of excess, including a sweeping two-story staircase befitting dramatic entrances -- or exits, as the case may be. The villa sits on about three-quarters of an acre in the gated community known as Mulholland Park.

Kardashian filed for a divorce last month and while Mama K -- Kris Jenner (no stranger to marital estrangement herself) -- has proclaimed her 29-year-old daughter's situation as both "heart-breaking" and "cleansing," Khloe has been rumored to have moved on with Los Angeles Dodger Matt Kemp.

The home is a McMansion with a home theater, seven bedrooms and nine bathrooms. Outdoors, there's a swimming pool with waterfalls, a spa and an outdoor entertainment area. 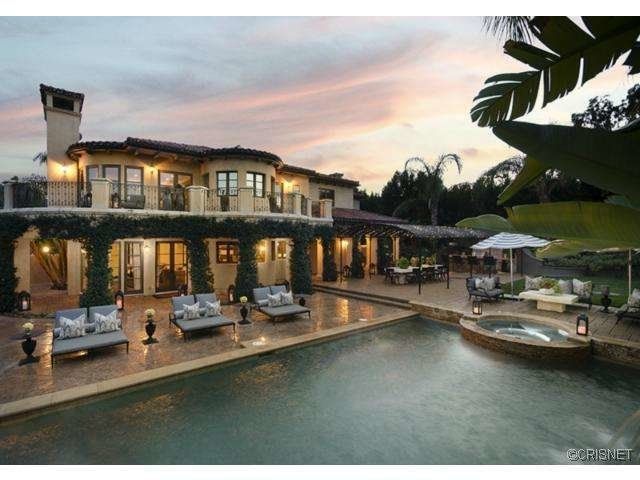