Ever wanted to kick it with the Archbishop of Canterbury? Here’s your chance.

Justin Welby, the senior bishop of the worldwide Anglican Communion and a self-described “spiritual magpie,” is looking for a few good young men and women (aged 20 - 35) to live with him in London’s Lambeth Palace.

The one-year residency comes with a pretty choice digs -- Lambeth Palace has been the residence of the Archbishops of Canterbury since the 13th century. The 16 young people will be living in cottages on the leafy grounds of the palace, which is located right on the River Thames in central London. Forty commuters from the London area are also invited to participate in evening and weekend programs. 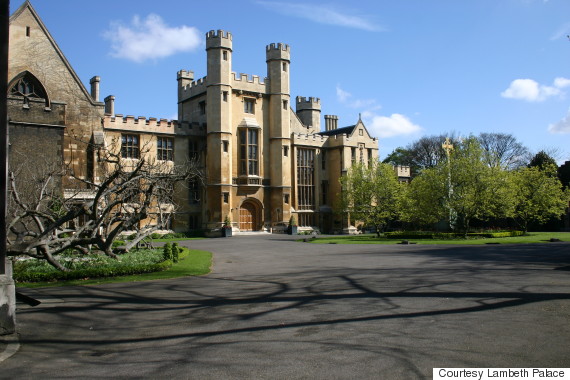 But the invitation comes with a challenge. The residents will be asked to step away from the “busyness of contemporary life” and establish a “daily rhythm of silence, study and prayer.” They’ll also be required to commit to volunteering with their local community.

The Archbishop is calling his social experiment The Community of St. Anselm. It invites people to a new sort of monastic life, one that mixes the ancient with the post-modern and upends the traditional view of monks and nuns closeted away from the world. Welby wants his newly forming crew to be very much involved in life outside Lambeth Palace.

And since the residency ends after a year, there's no expectation that these young people will go on to join a religious order.

Swedish Anglican priest Rev. Anders Litzell has been chosen as the community’s prior. He says the program is not meant to be a getaway for rest and relaxation.

"There will be sacrifices required. People will need to leave things behind," Litzell told HuffPost.

Litzell says the church is drawing on ancient traditions, such as those set by St. Benedict, St. Francis, and St. Ignatius, with an eye toward balancing monastic life with actively serving in the world.

"This is a question of how we can model a life of prayer and deep commitment shaped in the likeness of Christ for people who aren't going to be monks and nuns, but who want to embody the monastic traditions, who want to draw from those deep wells and live a lifestyle influenced by that spirituality," Litzell said.

Applications will be accepted on the Community of St. Anselm website starting on Friday, February 27, and candidates will have to go through a formal interview process. The residency will begin in September.