This video from Juxtapoz Magazine has pretty much everything that we love: Art, sport and community converge in a way that feels utterly Detroit.

The urban arts mag, which has previously supported the local nonprofit Power House Productions, has trained its lens on recent ephemeral installation at Ride It Sculpture Park.

An art auction was recently held by skate shop Chiipss to support the park in the Banglatown neighborhood of Detroit, with 100 artist-designed skate decks bringing in $25,000. Matthew Barney was one of the acclaimed artists to create a skateboard to support Ride It. Number 19 in his long-running "Drawing Restraint" series, the deck is tipped with graphite so its rider can create markings as he or she skates.

While it was a great get for its buyer, the owner of another nearby skateshop, it also came back to the sculpture park it supports. Juxtapoz helped bring renowned skater Lance Mountain to Detroit to take the skateboard for large-scale line drawing ride at the skate park.

The skate-art park is a project of Power House, run by Mitch Cope and Gina Reichert. The pair recently won the $100,000 juried award at the 2012 ArtPrize competition for their piece "Displacement, 13208 Klinger."

"We really want the skate park to be art project in some way, whether that means art that gets infused in it or that it become an art project totally," Cope says in the video. "So it was a great sort of physical move to have a Mathew Barney drawing performed and drawn on the park."

Power House is still in the beginning phases of its production on Ride It Sculpture Park in four vacant commercial lots by East Davison Freeway. The adjacent vacant house will be renovated to be a connected indoor skate park as well as living quarters.

Check out the short doc by filmmakers Eric Carlsen and Chris Rosik above and see photos of Mountain's skate by photographer Joe Brook, provided by Juxtapoz. 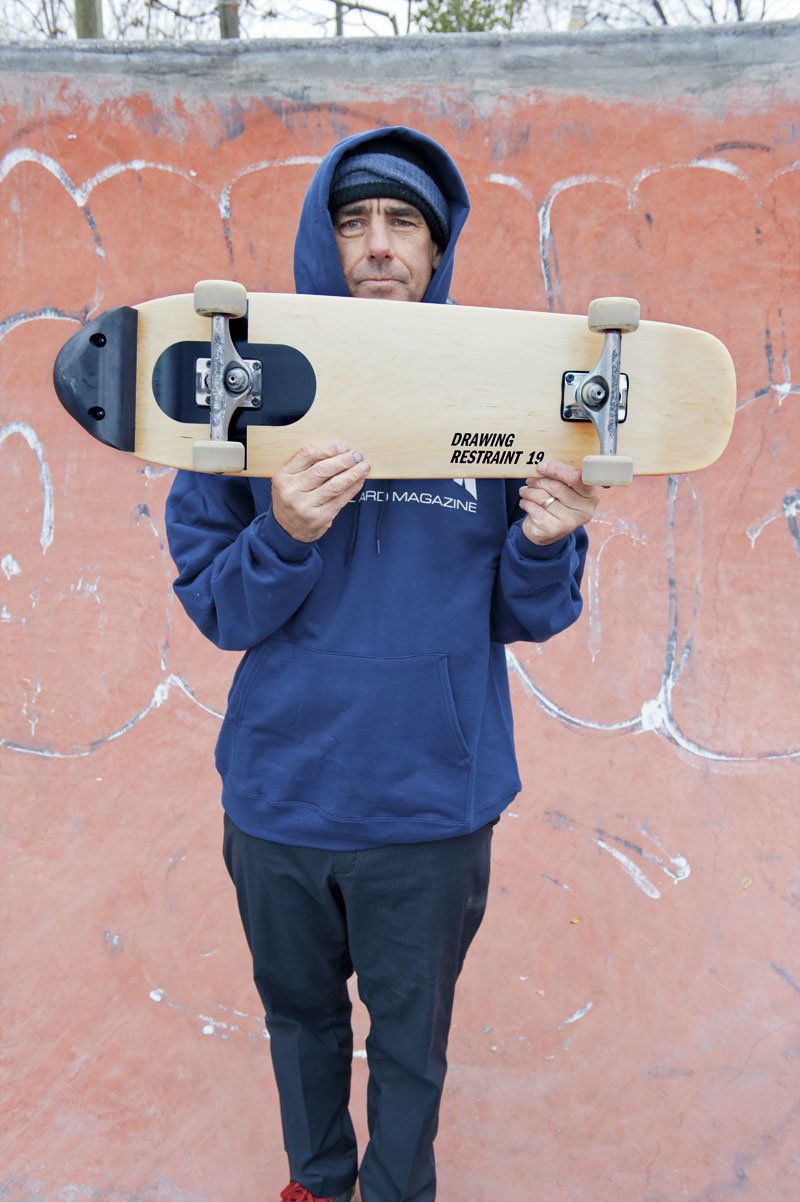