Mother of five, Sodhi Solangi, can't stop smiling as she shows me her new eight acre plot of land. Cotton crops are growing and, a little further away, building work is almost finished on a large new house overlooking the fields where her family will soon settle. 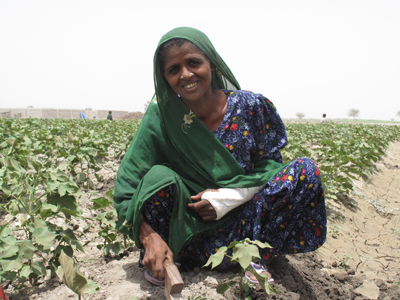 Just a few years ago, 42-year-old Sodhi, who lives in Ramzan Village, Umerkot district, in Sindh, Pakistan, was landless. She and her husband used to work on others' lands, earning a share of the crops as payment. Daily life was a struggle.

"We often had problems", Sodhi recalled. "Sometimes we had money, sometimes not. It was very hard for us. We'd spend all our days working on someone else's farm and our children would be at home.

"We wore torn clothes. But now things are very different. When you like something, you can go out and buy it. Before, we would have to ask the landlord to give us money if we wanted anything, but now we have money in our hands and we can buy things whenever we want."

"Now we have our own land and are working on our own land. It feels so good when we work there. When we used to work for others, we would have to drag ourselves there."

Her family's luck changed when Sodhi was awarded eight acres of land, under a programme run by Sindh's provincial government, which in 2008 began redistributing swathes of state-held land to landless women peasants. The landmark scheme was an attempt to lift more people out of poverty in the province, where more than two-thirds of the population work the land, but where bonded labour is still widely practiced and most land is still held by wealthy and political influential elites.

Sohdi and her family grew wheat and cotton on their new land. And they managed to earn enough profit to buy another eight acres.

"We were so happy when we go our land. Now, things are so different", said Sodhi. "Whenever we want to eat anything, we can just buy it. Before, we used to eat dal and potatoes. Now we can buy all sorts of things - mangos, even chicken."

"Everyday, we have a lot of food. It's like a festival of food for us every time!" she said, laughing.

Meat is an unaffordable luxury for most poor farming families - and one telling sign of just how much Sodhi's life has turned around.

Her neighbours and relatives jokingly call her "lady landowner" and many told me they planned to apply for land during the next phase of the redistribution scheme.

But Sodhi is one of the lucky ones. Her land, though parched and lacking proper irrigation, is still cultivable; and, unlike many women, Sodhi didn't face legal claims disputing her right to the land from wealthy landowners or others living nearby.

Many women in Sindh, who had been forced to leave their homes last year during Pakistan's devastating floods, returned to find their land disputed or snatched from them. Women like Shareefa Gulzar and her daughter, Dadli Kehar, who live in Hashim Kehar Village, Shirkapur district. They were awarded land under the Sindh government's redistribution programme last year; but after returning home after the floods, discovered that an influential landowner was lodging legal appeals, claiming the land for himself.

"The landlord sent officials to threaten the women here saying : 'We will destroy your homes and take your tractors. ' He also threatened to send the police to our home", said Shareefa Gulfazar, who is in her fifties, and was awarded 4.5 acres of land. 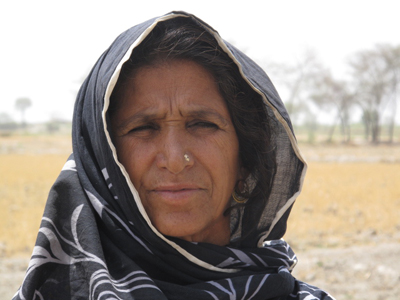 Her daughter, Dadli Kehar, who was awarded 3 acres of land, fears they are being tricked out of what is rightfully theirs. With the help of Oxfam's partner Participatory Development Initiatives (PDI), both women plan to fight through the courts for what they believe is their right to the land.

"It is because of the floods and poverty they snatch things away from people that aren't theirs'", she said. "The landowner is very rich and we are poor. Rich people who have everything try to abuse our poverty . Because they have power and we don't have much power, they think they can threaten us and fill us with fear so that we will give up our land. " 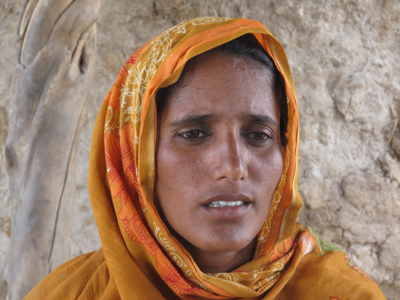 The women are not alone. PDI estimates many women who were awarded land in Sindh have returned to find their land grabbed or the subject of a legal battles.

"Land is so important for women and can help lift them out of poverty",
said Sattar Zangejo, who heads PDI's land rights and economic opportunities programme in upper Sindh.

"After the floods, many women, around 70%, found their land was damaged. Maybe more worryingly, between 15 and 30% returned to find their land lost, grabbed or occupied by influential people. Many told us they had received serious threats if they didn't give up their lands."

Despite the threats and the likelihood of a lengthy legal battle, Shareefa and Dadli intend to fight for their land. They know that having their own land can empower them as well as help to feed their families and ensure they have a better future.