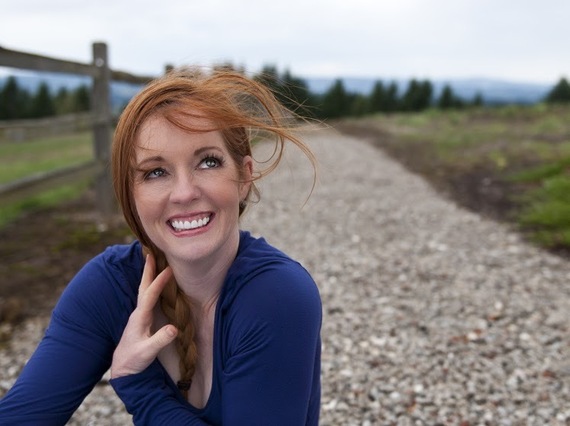 Ellen Urbani is the author of the debut novel, Landfall, and a memoir, When I Was Elena. Landfall follows the journey of two women named Rose as they navigate the troubled waters of their lives in a post-Katrina South. We spoke about belonging, parallels, and Urbani's journey as a writer.

What led you to Landfall and the chaos of a post-Katrina New Orleans?

To be clear: I am no masochist -- don't like pain or disorder any more than the next person - but I cherish the possibility inherent in chaos. In tracing the poetic etymology of the word, from Ovid's shapeless mass to Hesiod's form-free darkness, I note a focus not on destruction but on the growth that such destruction inspires: from cataclysms were born the cosmos, the elements, the gods. Without discounting the devastation inherent in chaos, or in tragedies wrought by storms of any kind, these facts still exist: When something has been destroyed, it can be rebuilt in any shape. When home has been eradicated, any place can be a new starting point. At those times when my own life has been uprooted by tempests, I have found that by focusing on fertility instead of the detritus swirling around me, mighty and previously undetected worlds open to me. As much as anything else, it is this promise of possibility in New Orleans, in us all, that led me to write Landfall. 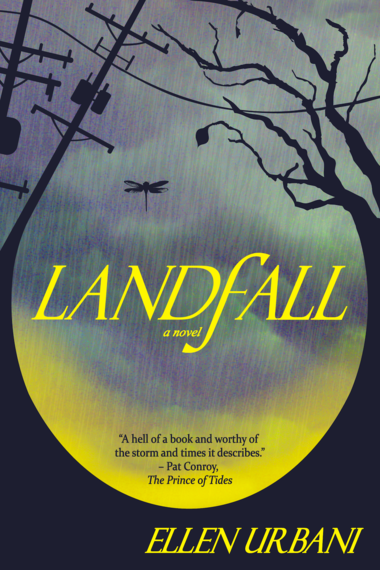 Rose feels that everyone belongs to someone. What does belonging mean to you? How did you come to this as a theme? What do you hope Landfall says about belonging?

When I was a child, I performed in musical theatre. One of my favorite productions was Fiddler on the Roof, that epic tale of roots, of what it means to belong to each other and to a place. Though I was far too young to fill her shoes, it was the role of Hodel that most captivated me: the protagonist's second daughter who breaks with tradition, abandons her home and family, and travels alone to a foreign tundra.

Early imprinting sticks. Much of my young adulthood aligns with Hodel's insistent refrain: "I must go! I must go!" for I believed that one must run away to find oneself, to find the place one truly belongs. I regularly barreled headlong into the unknown - moving from coast to coast, country to country, chasing fresh passions. A man who read my memoir about the years I lived in Guatemala during that country's civil war called me out on this inclination. "Don't you know how precious you are?" he wrote to me after finishing my book. "I think at some level you must not or you would not have taken the chances that you did. As I read of the various events you experienced, I ached to be there to protect you ... [but] at the same time, maybe what pulled at my heart the most is that I think you would not have let me, that somehow you needed (or need?) to go through the trial on your own. I'm not sure exactly why that makes me so sad - maybe it seems such a lonely path to travel."

It is precisely that independent streak in me that I channeled into Landfall's Rose, who treks alone toward the flooded city of New Orleans in an effort to find the family of a girl her mother killed, because "if any part of [her history] were to be salvaged she knew she needed to do it alone." But I also gifted to Rose my hard-won realization that even the most self-reliant among us need anchor-points; places and people to whom we can moor ourselves in order to find our way home from our adventures lest we spin, untethered, through the whole of our lives. In running away from her family, Rose eventually circles right back to embrace them.

And as for me? Have you not guessed? I married the man who wrote that letter, and in so doing I came to better understand Fiddler's missive. For it turns out Hodel didn't stop with the words I took to heart as a young girl: "I must go!" Instead, what she said in full was this: "I must go! For there, with my love, I'm home."

Parallels make up another key theme for this narrative, which begins with sneakers the two Roses share and ends in a very surprising place. What did you learn about parallels as you wrote this book? How do these connections and overlaps demonstrate the things we all share as people?

I was raised to believe in miracles, to beseech St. Anthony if I misplaced my homework, and to put a statue of the Virgin in the window before bedtime to ensure good weather the next morning. But enough with all that. I outgrew Catholicism about the same time I outgrew my parochial school uniform. Nowadays I put my faith in the parallels that connect one action to another, one person to the rest.

Chaos theory posits that seemingly random events are in fact predictable from simple deterministic equations; that there is nothing random about any given outcome. This idea that a butterfly beating her wings in Argentina might be responsible for whipping up a wind that batters the Gulf coast may be a torment to those who prefer isolation, but I am equal parts inspired and soothed by the promise of a million invisible connections to people and places I might otherwise not knowingly touch. My personal religion is grounded in these convictions: all of our lives touch if we let them; we are each responsible for everyone else; together, we are capable of actualizing the unbelievable.

I may have left my belief in miracles by the wayside in my youth, but I still see the miraculous in the everyday, and that faith permeates Landfall.

Landfall is also about journeys; what has your journey to becoming a published author looked like? What advice do you have for others who want to see their stories in print?

I am not a writer like so many of my writer friends are writers. Those others must write like they must eat, or sleep, or breathe; writing is as much a part of them as is their liver or their teeth. They write because they woke up this morning, and writing is what they always do next. I, on the other hand, am a writer in as much as I am anything else that I was once and may continue to be: a farmer, a counselor, a traveler, a teacher, an adventurer. For me, a story has to smolder in me and grow so unmanageable that I can no longer contain it, so wild it threatens to explode right out of my skin, before I'm sufficiently possessed to express it.

So my advice is to ignore all the advice. If you wake up and have to write everyday, then write every day. If you only feel like writing when your skin burns, then do other things on all those other days when there are other fires in you. Be true to yourself, only. Ignore whatever the hell the rest of us are doing in favor of tending your own flames. If they are strong enough, the world will notice. 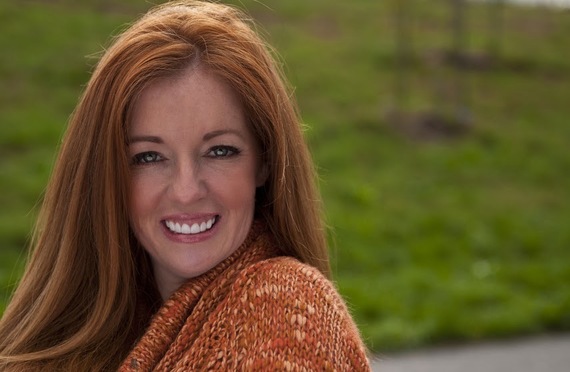 How is writing a memoir about your own history different than a writing a piece of historical fiction?

In writing a piece of historical fiction about a mass casualty event like Hurricane Katrina, the one thing you can rely on is this: there will be no reliable accounts of the trauma. Which is not to say the survivors' accounts will not be true, for every one of them will be. Each story will be true to the experience and circumstance and horror of its narrator, but it will not match the story of the person to his left or the person to his right. To one the wall of water will be as tall as a hundred-year-old oak while another will say it almost reached the gutter of his single-story house and a third will not have noticed the water for he only saw his child crushed beneath the blue car with the spotless grill flipped by ... what was it? A wind? A wave? An angry god? Which is to say that the difficult genesis of historical fiction is culling a thousand people's divergent memories into a singular truth upon which to hang a fictional story.

In writing a memoir about the years one lived in a foreign country at war, the one thing you can rely on is this: it will not be a reliable accounting of the situation. Which is not to say the story is not true, for it is, to a word. It is true to the experience and circumstance and horror that I lived, but it does not match the story of my neighbor to the left or my neighbor to the right. To the one, any given anecdote might have been amusing at best, to the other it was mundane, whereas to me it was so foreign and frightening and colorful as to be worth dredging up ten years later and publically splaying. Which is to say that the difficult genesis of memoir is culling a thousand equally meaningful memories into a reliable story upon which to hang one's truths.

The take-away? The writing of one's own history and the writing of historical fiction may be built on a very similar framework, but as you can see they read very, very differently.