Looks like Landon Donovan still needs more time to heal after not getting selected to play in the 2014 World Cup with the U.S. Men's National Team.

Following the women's semifinal victory over Germany on Tuesday, which earned the team an appearance in Sunday's final, Donovan took to Twitter to make a not-so-subtle jab at USMNT head coach Jurgen Klinsmann.

Love the enthusiasm and veteran presence of @AbbyWambach despite not playing much. That kind of leadership is priceless during a WC

In what is expected to be her final World Cup, Abby Wambach has seen a lot of bench time and hasn't put up the goals many might have expected. Donovan, widely regarded as one of the best players in U.S. soccer history and a key factor in the USMNT's resurgence in recent years, knows too well what it's like to miss the World Cup altogether.

Klinsmann left Donovan off his 23-man roster for the 2014 World Cup, a newsworthy decision that the soccer player criticized at the time and clearly still resents now. Donovan retired from professional soccer at the end of 2014.

“I firmly believe that not only should I be going, but I feel like I really deserved it," Donovan told the L.A. Times in the lead up to last year's World Cup.

But the former men's squad captain, who still holds both the all-time leading goals and assists records for the team, has poked fun at the decision before in a pair of commercials.

Donovan or no Donovan. Wambach or no Wambach. Just make sure you're tuned in on Sunday to hopefully see the women's team bring back that World Cup trophy. 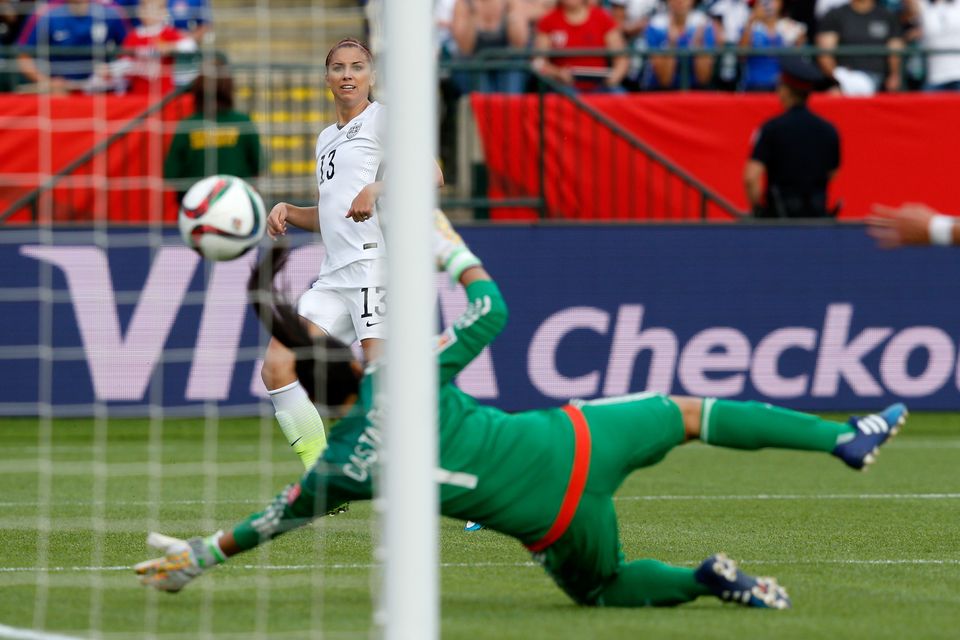