Astronomers have long had a sense of where the Milky Way is in relation to other galaxies, but a new three-dimensional star map gives us a more nuanced look at our cosmic neighborhood. 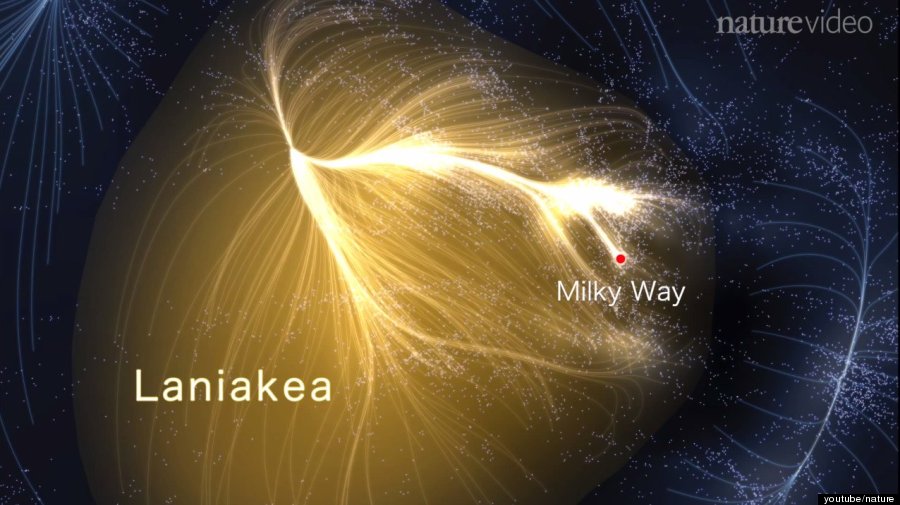 Until now, the Milky Way was believed to be one galaxy in the 2,000 that make up what's known as the Virgo "supercluster." But as the new map shows, the Milky Way's 100 billion stars are actually part of something 100 times bigger: a supercluster of galaxies astronomers have christened Laniakea, meaning "immense heavens" in the Hawaiian language.

Laniakea spans some 520 million light-years across. As you might imagine, all those stars contain a lot of mass. In fact, astronomers say the supercluster is as massive as 100 million billion suns.

How was this supercluster discovered? Researchers used an algorithm to translate the velocities of 8,000 galaxies that surround the Milky Way to show where they are in relation to one another and also how gravity from areas of dark matter causes them to move. 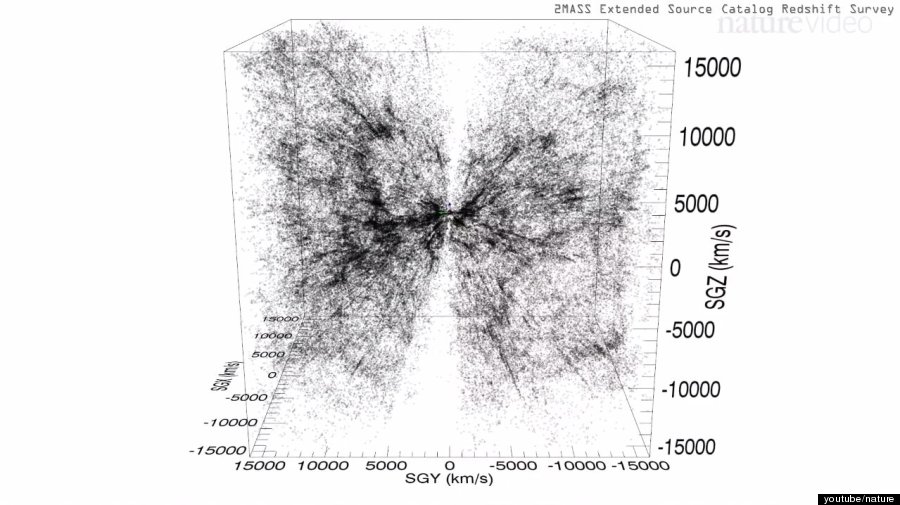 "We have finally established the contours that define the supercluster of galaxies we can call home," lead researcher R. Brent Tully, an astronomer at the University of Hawaii at Manoa, said in a written statement. "This is not unlike finding out for the first time that your hometown is actually part of much larger country that borders other nations."