Note: This post contains graphic imagery that may be disturbing to some readers.

Two seminal moments have happened almost concurrently within the past couple of days; so fast is the news cycle that we almost didn't notice. Both were huge victories and both instantly created polarizing opinions and heated debate. One happened on a college campus and the other concerns an execution, so the two seem unrelated. You'd be wrong: both of these stories are about horrific images, and one could be a dangerous step in the wrong direction.

The first happened in New Jersey, where a group of Princeton students protested to have former-US President Woodrow Wilson's name removed from buildings, his pictures taken down from halls, and demanded that the school lead university-wide dialogues that both acknowledge and repair a legacy of institutional racism.

The "horrific" here is not Wilson's face itself but his role in a country's systemic oppression of colored folk, an Ivy League institution's subversive sponsorship of this, and the ways evil can multiply when going unchecked over many generations. When you hear the classic Liberation-theologian argument for removing White Jesus, this is what they are pointing at: the damage done silently.

The second instance happened in Chicago, where a police officer shot 17-year old Laquan McDonald 16 times. (Read the last half of that sentence again). This happened in 2014 and the City of Chicago then said Laquan was lunging at the officer with a knife, and that he was within 21 feet so the officer was in "imminent danger." Nonsense of that argument aside, the city settled with the family for $5 million, and the dash cam video of Laquan's death was buried.

Rumors from those that have seen the video say that it will show Laquan walking away and that he was executed. One person told me it was the worst thing they have ever seen. The city is scared now of how people will respond to seeing damage done publicly.

This week a judge ordered the video released to the public, and the Black Justice League at Princeton University has gotten the university president to remove a Wilson mural from the dining hall. If you have mixed feelings on both decisions, you are probably doing some good critical thinking right now.

To be clear: the family doesn't want the video released. It shows the gruesome death of their kin, and maybe it's their right to decide how their tragedy is shared...or maybe an image so full of cowardice and fear and helplessness will inspire change in our country's policing, will soften the heart of someone still not understanding "this whole #BlackLivesMatter thing." I believe, like the images of Emmitt Till's open casket after his brutal murder in the hands of racists, powerful images achieve something that move beyond words. They carry a trauma and a history that cannot be lost or forgotten. They carry a message: horrific images remind us of our humanity and the moments we betray our own. 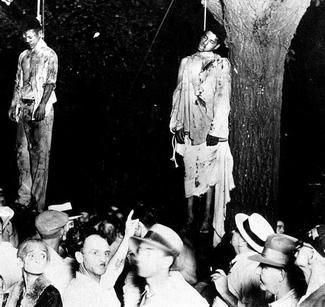 Just type in "Tiananmen Square" or "Emmitt Till" or "Marion Lynching." Part of me, part of you, and part of all humanity is in these photos. If they go away -- because they are terrible or remind us of terrible things -- how can we ensure that these things do not happen again?

In many ways, this is the challenge and gift of student activism. The gift is that these young, impassioned hearts refuse to be calloused and will put their lives on the line to see change NOW. They will lie in intersections and disrupt the status quo in the name of dignity, equality, and justice. They are creative, brilliant, and deeply passionate about TODAY. RIGHT NOW. But that's the challenge. A change today that is not a systemic change is only a change left for the next generation of students to yell about. In other words: how can we ensure that, 100 years from now, we aren't back here talking about institutional racism?

I have a solution, and it's an unpopular one: Keep Woodrow Wilson's picture hanging. Keep his name on the building and keep his funny little smirk everywhere it is today, and then KEEP the dialogues, keep holding the university accountable, and keep finding ways to make the university acknowledge their damaging connection to him publicly and in official documents. This can't go away for Princeton. Every time we think of Princeton, we ought to think about that time in history when they were soooo proud of Woodrow Wilson. 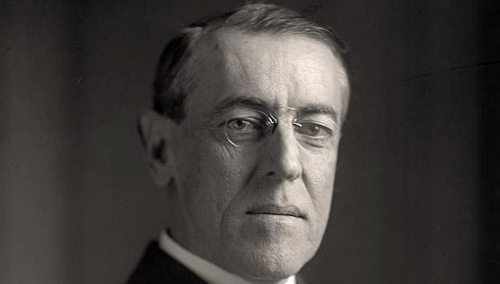 I'm tired of people with privilege being able to wash away their mistakes, while those without privilege must carry and live with their mistakes for a lifetime. If a black man must have a criminal record follow him into job interviews, then Princeton must have Woodrow Wilson everywhere. If the Bible depicts a genocide -- as it does in 1 Samuel 15 -- and the Vedas depict evil, and all the world's sacred texts honor memory; this too must be part of ours. Let our hypocrisy stare at us into the future, and let the conversations and apologies heal our past and present.

Miroslav Volf talks about the end of memory, or when our fragile brains move on and end up remembering stories of our own past in ways very different than they actually happened. Images and videos keep us honest. I know it's traumatic, but it's honest. Princeton should never be able to lie about this. Laquan's killing is canon now.

And this is why we must watch, and why every global leader should be forced to watch images of starvation and unrest before their first day in office: as a reminder of the power and responsibility we have. I'm with the Black Justice League fully in every other aspect, but the privilege of education cannot protect us: If we must see Laquan, we must also force ourselves to be uncomfortable with Woodrow Wilson.