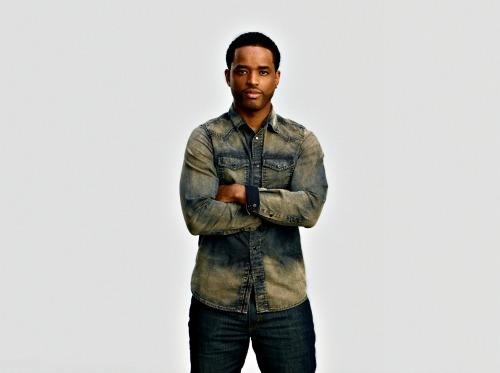 In Game of Silence, the boyishly handsome Tate portrays complicated character Shawn Cook:
"Shawn is one of a few childhood friends who had a tough experience when they went to a juvenile detention center," Tate says. "They've been holding this secret about some of the things that occurred to them; 25 years later, they band together to try to right the wrongs of their past because they've been harboring some secrets for a long time."

Tate adds with a smirk, "That means they may do some things that may not be legal to do."

With refreshing candor, Tate discussed the drama series and why he was compelled to be a part of it. Here are 7 secrets about Game of Silence

1. It feels like a movie--or a gritty cable series.

"NBC was really cool about taking a big leap and doing a show that's really ready for cable," Tate explains. "It's a made-for-cable kind of show. It's very gritty, dealing with the subject matter, none of the characters are one-dimensional. It's serialized, so you're going to have to look at the show in order."

2. There are some heavy weights behind the scenes.

"Our executive producer came from CSI; we also have a producer that came from Friday Night Lights...we have a great pedigree. And the story line is compelling; it's strong brotherhood, friendship and loyalty."

"NBC actually sent a couple of shows to me, I felt like this show was the one that would go into series, and the other two didn't. So, I'm happy that I chose this one, I just had a really good feeling about it."

4. Larenz's character is the glue that holds the group together.

"Shawn's the spirit of the group; he's the guy that's still holding on to the past when they were innocent kids. We want him to be the life of the party in a way that you can understand why they're friends with him in the first place. With Shawn, we can take a bit of a breather from the heavy weight of the show so you can see what makes these guys friends." 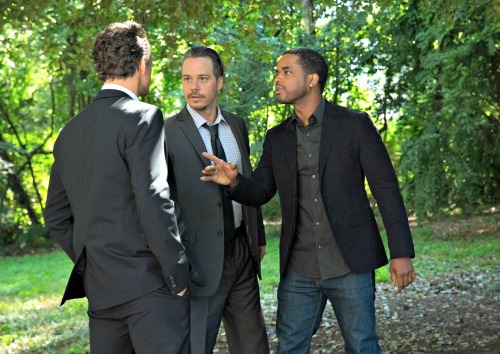 "What these boys experienced was tormenting, so they got out and they decided to make a pact to never talk about this because of the shame that they had. They never wanted to discuss these things, 25 years later, some of them moved away some of them remained friends, but that past showed up on their doorstep. Meaning, one of the friends saw a person that tortured us, and he flipped. Something switched in his mind as an adult, to see his torturer and he went crazy, and got himself locked up. And now the other friends are going to come to his aid to try to get him out."

6. The cast met with the writers and Larenz discussed race relations.

"Once we got into a series, the executive producer allowed us to come into the writers' room, a very diverse group with more than 20 people, just so that we could hear what they were talking about.

And I wanted to be very clear, I said listen, 'my friends reflect a very diverse kind of group. So we in this room, we're going to talk about race, but don't feel weird because I'm the brother that's on the show, if you will, because I don't judge them for their race.'

The characters Gil and Shawn are like brothers. I like that we can dispel the idea that black folks and white folks can't be like legitimate friends and brothers in a real way. But also, we're going to talk about issues about how things can happen to me, that won't happen to them.

Some real cool storylines are going to come up that address that, and I said that's timely. We've gotta talk about that. We don't have to harp on it, but things that happen to me ain't gonna' happen to some of my white friends. We had a real honest conversation and they listened and it worked."

"Deidrie Henry is a wonderful actress and she also has the campaign for Popeyes. So, I'm on the set, and I didn't even know that was her--and we shot a whole pilot together. One day, she's taking a photo with a camera phone that had a Popeyes emblem on it. And I asked her what that was about. That's a great thing, because she's not the person that you see on this Popeyes campaign, and she's dope."

The special 2-night premiere of Game of Silence begins Tuesday, April 12 at 10/9c on NBC.
Photos via NBC, used with permission.