Great balls of fire! A ginormous sunspot is acting up again, and this time the region has produced the largest solar flare recorded so far in 2014.

NASA’s Solar Dynamics Observatory spacecraft registered the massive solar flare on Feb. 24, and the activity peaked around 7:49 p.m. EST. The space agency categorized the solar flare as X4.9-class, meaning it was four times more intense than an X1-class flare -- and X-class flares are the most powerful.

Video and still images of the eruption show it bursting from the surface of the sun and out into space, creating a vivid flash. 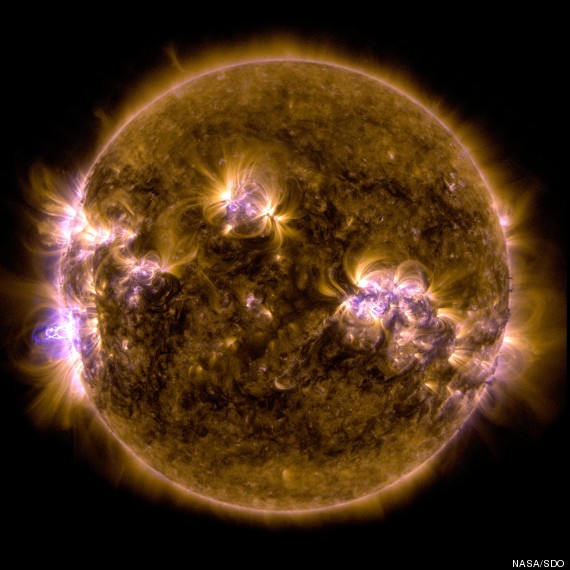 The X-class solar flare seen in a composite image captured at 7:45 p.m. EST. It shows the sun in ultraviolet light. (Image credit: NASA/SDO) 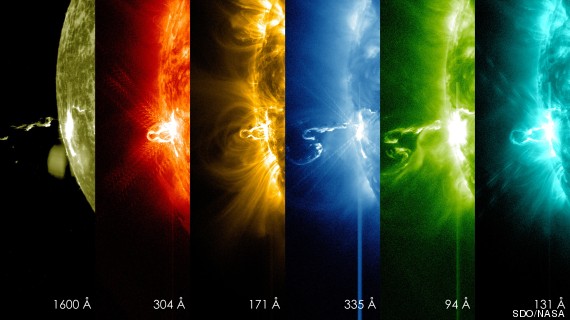 The first moments of the solar flare are seen in a series of images showing the eruption at different wavelengths of light. (Image credit: NASA/SDO)

Though this solar flare did not erupt in Earth's direction, it was powerful enough to produce a radio blackout for a short time Monday night, the National Oceanic and Atmospheric Administration's Space Weather Prediction Center reported.

The flare followed several smaller coronal mass ejections earlier this month. As Universe Today noted, solar activity has picked up recently, most likely because the sun is in the midst of its period of peak activity for the current solar cycle.

Solar physicists track the sun's 11-year cycles by monitoring sunspots and solar flares. For half the cycle, dubbed the solar minimum, sunspots are relatively rare. But during the solar maximum, the sun is in high gear.