Scientists have discovered what is believed to be the largest spider fossil ever.

Alas, those huge, dog-sized arachnids from the movies are but a dream. Found in a layer of volcanic ash in Inner Mongolia, China, Nephila jurassica wasn't all that monstrous, despite being the largest spider fossil ever found.

The fossil was about as large as its modern relatives, with a body one inch (2.5 centimeters) wide and legs that reach up to 2.5 inches (6.3 cm) long. Golden orb-weavers nowadays are mainly tropical creatures, so the ancient environment of Nephila jurassica probably was similarly lush.

You can see the fossil for yourself below.

The find was documented in the April 20 edition of Biology Letters. Dating back 165 million years, the fossil traces the genus Nephalia back an additional 35 million years than was previously known.

According to Wired, spiders from the same genus still exist today. The golden orb weaving spider, the fossil's modern relative, can grow to 4 or even 5 inches. However, fossils of its relatives are rare.

The Fossil (Not Even Remotely To Scale): 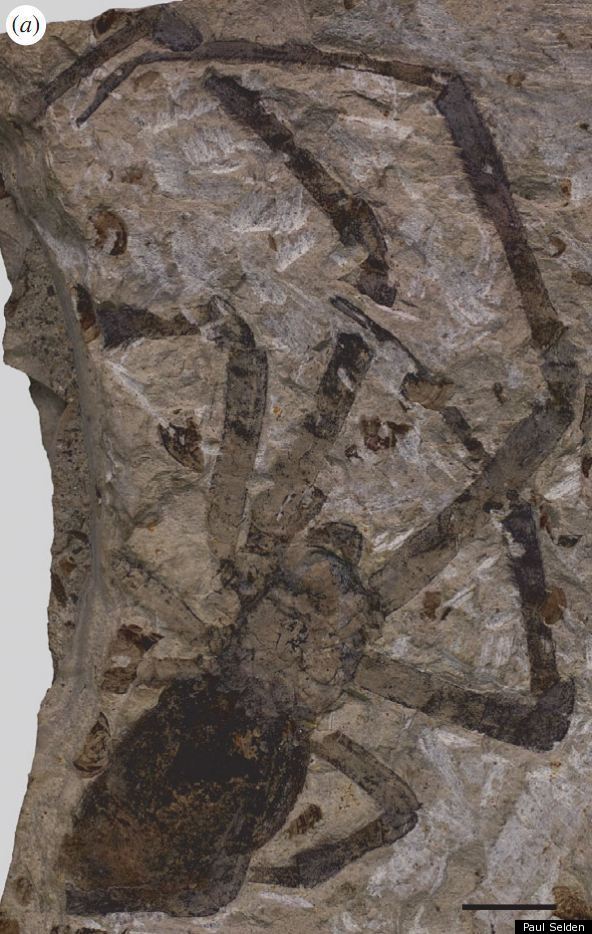