On my way to and from Manhattan's West Side on Wednesday, I passed by a protest that appeared to be sponsored by the LaRouche PAC on the corner of 79th and 3rd avenue that called for President Obama to be impeached for his "criminal complicity" in the attack on the U.S. Consulate in Benghazi, Libya. There were several large signs calling for the president to be impeached or signs that alleged the president had been warned of the attacks but did nothing. Protest photos also depicted President Obama with a Hitler mustache. The protest seemed to garner a fair bit of attention -- as Yom Kippur (the Day of Atonement) began at sundown on Tuesday and the protest was just a block away from the prominent Jewish Temple Shaaray Tefila on 2nd Ave. 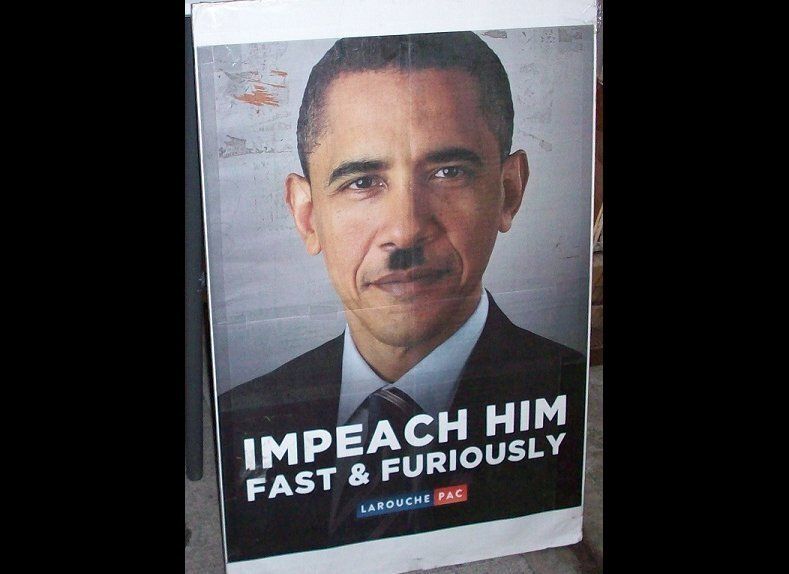