Flynt launched Hustler in 1974, which quickly grew to become one of the country’s most popular adult magazines. Flynt told CBS in 2014 that he didn’t expect Hustler to last more than a few years, but at its peak in the 1980s, the magazine had a circulation of 3 million.

The success of his empire brought decades of controversy. Flynt was targeted by religious figures and was sued repeatedly. He was convicted of obscenity and conspiracy in 1976 and ordered to serve up to 25 years in prison, but the case was dismissed on appeal. In 1978, Flynt was shot and left paralyzed from the waist down. The gunman was a white supremacist and serial killer who claimed he was upset by an interracial photo shoot that appeared in an issue of the magazine years earlier.

In 1983, Flynt ran a parody ad in an issue that targeted Jerry Falwell, a televangelist and founder of Liberty University.

The case mades its way to the Supreme Court, which ruled in Flynt’s favor in 1988 in a unanimous decision, saying the publisher had acted within his First Amendment rights. The case was hailed as a win for free speech advocates.

Controversy around Flynt did not end there. In 1998, during the height of the Clinton impeachment scandal, Flynt ran an ad in The Washington Post vowing to pay a $1 million bounty for “evidence of illicit sexual relations with a Congressman, Senator or other prominent officeholder.” The pledge ensnared then-Congressman Bob Livingston (R-La.), who had been tapped to become speaker of the House. Flynt received tips that the lawmaker had had an affair and Livingston later resigned.

Hustler grew far beyond a magazine, turning into an empire with a chain of bars, strip clubs and a casino.

Flynt was born on Nov. 1, 1942 in Kentucky, and dropped out of high school at the age of 15. He served in the military until 1965, when he bought a bar his mother owned in Ohio. That business quickly expanded to a half dozen adult clubs across the state.

The first issue of Hustler came out a decade later as a glossy magazine featuring sexually explicit material that focused on sex rather than what Flynt called the “pornography as art” models used by Playboy and Penthouse.

“I realized that if we became more explicit, we could get a huge piece of this market,” he once said in an interview with The Washington Post. “I sensed that raw sex was what men wanted. And I was right.”

A year later, Flynt paid $18,000 for photos of former First Lady Jackie Kennedy sunbathing nude in Greece, which made his magazine a national sensation.

“I wanted to offend everyone on an equal-opportunity basis,” Flynt wrote in 1996. “I decided to run cartoons lampooning blacks, whites, Jews, Christians, rich and poor.” 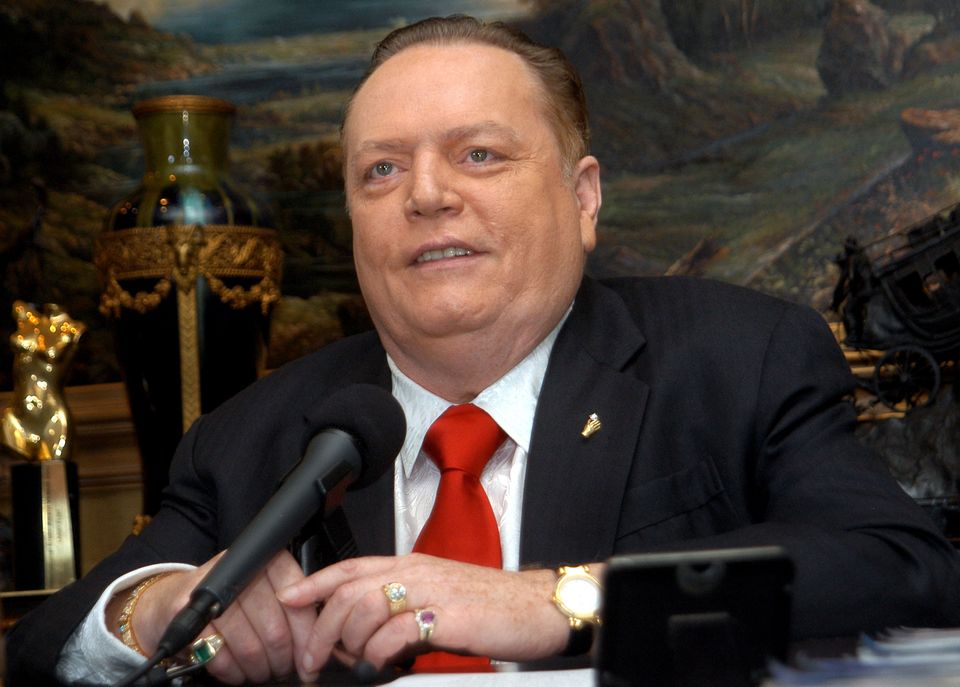