Six years after their 19-year-old son disappeared without a trace, Lorraine and Larry Stackhouse Sr. have not wavered in their quest to find out what happened.

"My wife and I will never give up. We will always fight to get this case resolved," Larry Stackhouse Sr. told The Huffington Post.

Larry Stackhouse Jr. was last seen the evening of Dec. 2, 2005, when he left his parents' Syracuse, N.Y., home to attend a basketball game at Christian Brothers Academy in DeWitt. The teen planned to attend the game with a friend he had known since elementary school.

"We know he attended the game because friends of mine saw him there, but he never returned home," his father said. "The friend he went with later said he dropped my son off at a store by our home."

When the Stackhouses were unable to locate their son, they filed a missing person report with police. They told investigators it was out of character for their son to take off without notifying them.

"We know that someone knows what happened," said Lorraine Stackhouse.

During the early stages of the investigation, it quickly became apparent that police had no solid clues or suspects in the case. With little else to do, the Stackhouse family handed out missing-person flyers and waited for leads from the public. To their surprise, it was not long before the tips started to pour in.

The friend who accompanied Stackhouse to the basketball game allegedly changed his initial story, telling the Stackhouses that their son was involved in an altercation with a group of Native Americans at Corcoran High School. The tip was passed on to police, according to Stackhouse Sr.

A young woman who attended Corcoran High in Syracuse told the school's principal she overheard two individuals brag about killing Stackhouse and disposing of his body on land belonging to the Onondaga Nation. Police questioned the young woman, but said she was incompetent, according to the Stackhouses.

A similar story was told to Stackhouse Sr. in a letter from a jail inmate who claimed to have overheard conversations about the killing. Again, he passed the tip on to police.

"We have followed up on a number of leads that have indicated he is on the reservation. We have not ruled out that possibility, but we still don't have anything concrete," Syracuse Police Department Chief Frank Fowler told HuffPost.

Fowler declined to elaborate on any leads his office has investigated.

In regard to a possible motive, the Stackhouses heard their son was suspected of taking $700 worth of marijuana from his killers. Neither believes that to be the case.

"My son worked at a nursing home. He was never involved in gang activity or anything like that. He was a good kid," Stackhouse's father said. "We raised him up to be respectable. My wife and I have modest jobs and he hung out with very positive people. He was leading by example. He was working and staying focused."

Lorraine Stackhouse agreed and shared similar praises about her son. "I never found anything in his room pertaining to drugs, guns or anything like that. We raised him up in church. Everyone loved him," she said.

The Stackhouses' fear that their son may never be found has been compounded by frustration with local media outlets.

"The media would never give us an opportunity to state our story," Stackhouse Sr. said. "My son, for example, had an outstanding loud music and a seat belt ticket. He never got them taken care of and when he came up missing, they made it sound like he was running from the law. These were misdemeanors but yet they put it out there like he was a real criminal. It disturbed us."

Until now, the Stackhouses have been unable to get national media attention for their son's case. "We have received denial letters from just about everybody," Stackhouse Sr. said.

The family has also been unable to garner any support from politicians. The Stackhouses have sent letters to senators, governors, congressman and even civil rights activist Al Sharpton, but have yet to receive any response or follow-through.

"We're stuck. We've been reaching out, trying to find someone to be a voice for us and we can't," Lorraine Stackhouse said.

The heartbroken mother said she is also upset with her local community.

"It takes a community to get action," she said. "Just like (Trayvon Martin), the little boy who just got killed. You see how the rallies and those types of stands are heard, but if you just have a family, no one is going to listen and that's where we are at."

The investigation into Larry Stackhouse Jr.'s disappearance has been placed with the Syracuse Police Department Cold Case Squad. But authorities said the case is still being actively investigated.

"I'm glad and grateful for the attention (The Huffington Post) is showing for the case, and it's our hope this may prompt someone to come forward with the information that we need to bring closure to the Stackhouse family," Fowler said.

Larry Darnell Stackhouse Jr. would be 25 today. At the time of his disappearance, he was 5 feet 10 inches tall, 170 pounds, with short black hair and brown eyes. His left ear was pierced and he had a tattoo of the name "Larry" on his right arm. He was last seen wearing a long-sleeved, white T-shirt, with a short-sleeved black T-shirt over it, blue jeans and tan-colored Timberland boots.

Anyone with information about this case is asked to contact the Syracuse Police Department at 315-442-5222. Anonymous tips can be submitted via blackandmissinginc.com. 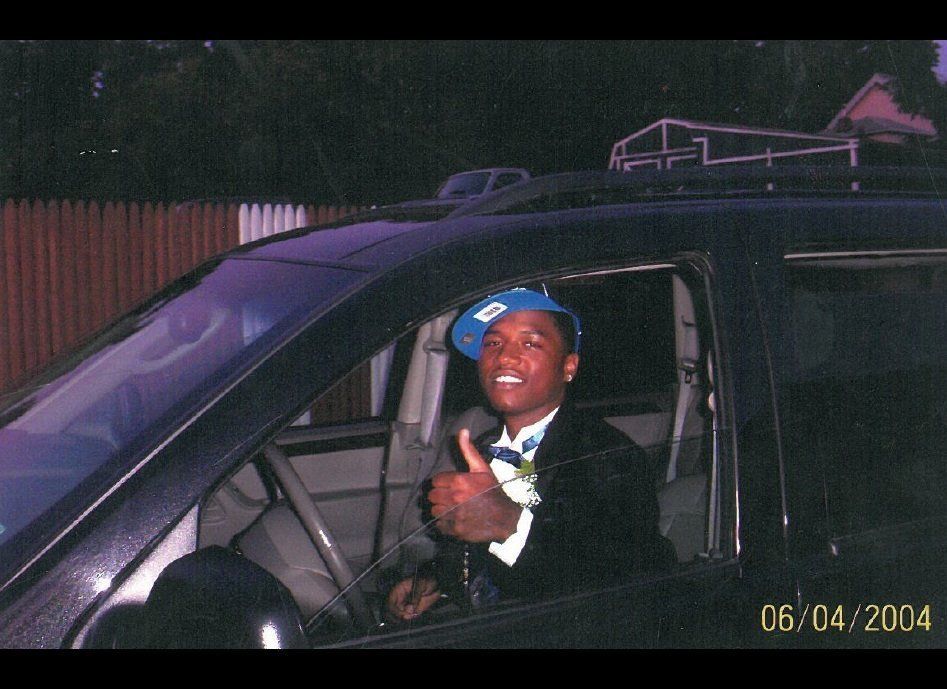