Drought is hammering California. In our cities, we are swapping out water-thirsty landscaping with drought-tolerant plants. And the problem is? Here's an analogy: After your house burns down -- a house that was inadequate for your family's needs -- do you upgrade only the plumbing and rebuild the rest exactly the way it was? Or do you seize the opportunity and construct what you really need -- a house of integrated systems and sufficient scope?

We are at a pivotal moment in Los Angeles's history. Driven by the drought, we are retrofitting our landscaping that consumes 50-70 percent of residential water use, but we're fixated on only one part of the house. We should be fixated on four: saving water, supporting biodiversity, creating jobs and restoring nature to our children's lives. But we're not. Instead, we're doing the equivalent of, during the oil crisis in the 1970s, looking only to the Detroit models currently in mass production to solve the problem. 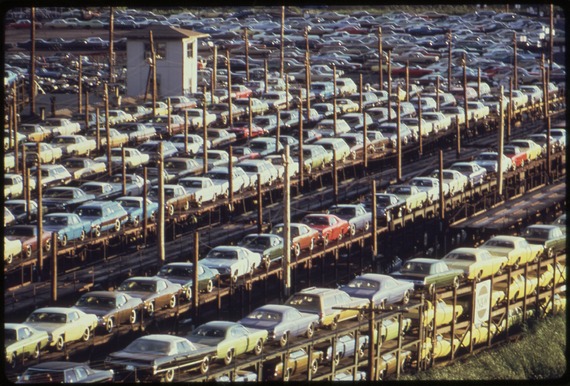 The ornamental horticulture industry (OHI) is today's equivalent of 1970s Detroit. On a massive scale, the industry produces plants that are window-dressing for the landscaping we really need. Yet, many people in power are looking to the OHI plants sold in most nurseries as the landscaping solution. We can and should do better! We need our landscaping to address what's really going on: We are in drought and extinction crises of historic proportions. California's drought is the worst in 500 years. The extinction rate is 1,000 times faster than the normal background rate. At a devastating pace we are losing pollinators and other species whose ecosystem services we need for our own survival. And yet we are looking to the equivalent of old-school Detroit for a solution. 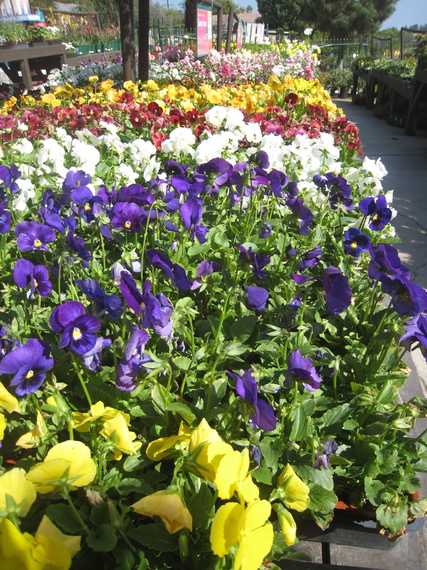 No panacea: OHI pansies for the drought and extinction crises

What's wrong with the OHI? It mass produces and promotes ornamental non-native plants that feed neither people nor wildlife. These plants obliterate biodiversity: Worldwide, 90 percent of all leaf-eating insect species (caterpillars of butterflies, for example) can eat only native plants. Without native plants, the food web and ecosystem services collapse. Birds and butterflies die, and the services they provide such as natural pest control and pollination disappear along with them. Moreover, OHI plants require soil amendments, fertilizers and pesticides that harm the health of our soil, aquifers and rivers and create dead zones in our oceans.

Most nurseries make a good percentage of their profits from the soil amendments, fertilizers and pesticides needed by non-native plants. The nurseries (and the growers that supply their stock) do not want to change their business model because that would cut into profits. What's more, the OHI doesn't want to spend money on educating their employees and customers about native plants, which require no soil amendments, fertilizers or pesticides and, for California, use one-seventh the water of most non-natives. The OHI also doesn't want to spend money on teaching people how to maintain native plants and give them the right amount of water. The industry would rather continue with their current model, reaping profits at the expense of our water supply and the array of pollinators and other species that depend upon native plants in order to survive.

Dear Mayor Garcetti and the Office of Sustainability: We need to think larger than water and energy. We also need to think biodiversity, jobs and working ecosystems. We need to think of our complete home environment. The City of Los Angeles needs to establish a native plant nursery in every Council district.

Native nurseries, and the jobs they spur in propagation, sales, maintenance and design, have low start-up costs and are the ultimate earth-friendly jobs because they reduce water and energy usage, support biodiversity, and revitalize ecosystems in urban and suburban areas -- the place most people live. The drought-tolerant non-native plants peddled by the OHI are a cosmetic veneer that does no lasting good. We can have a "three-fer" with plants that are native and drought-tolerant. Native plant nurseries are what every Council district needs to help Los Angeles become a resilient, sustainable city.

Furthermore, we need to offer financial incentives to growers to propagate a wide variety of native plants and we need to offer incentives to existing nurseries to stock these plants and educate customers. Without financial incentives, the window dressing will continue. Detroit had to be pushed to face reality and create cars that deliver higher gas mileage. The good news is that, unlike cars, the plants don't need to be invented. Nature has already provided the appropriate, energy-efficient, resilient and life-protecting models for each region: Native plants.

The OHI will protest that they are customer-driven and are only giving people what they want. Problem is, most people don't know that they can have an evergreen garden with flowers year-round with California native plants. 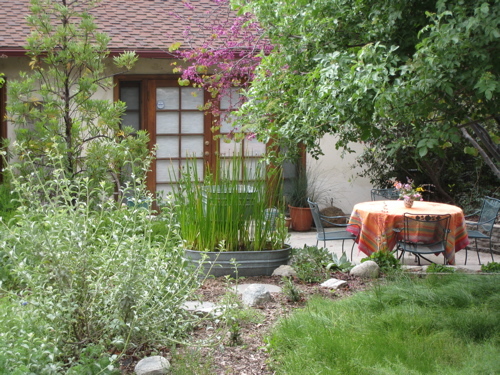 Giving people what they want often ends up being plants that people see around them. And right now, the vast majority of what people see is ornamental non-native that does no lasting or systemic good.

Easy access to native nurseries isn't radical. It's already being done in Australia, where nationwide chains of big box stores carry hundreds of species of Australian native plants. California is decades behind. This may be surprising because we like to think of California as always being at the cutting edge. Not. We should look to Australia as a model for where we need to be. 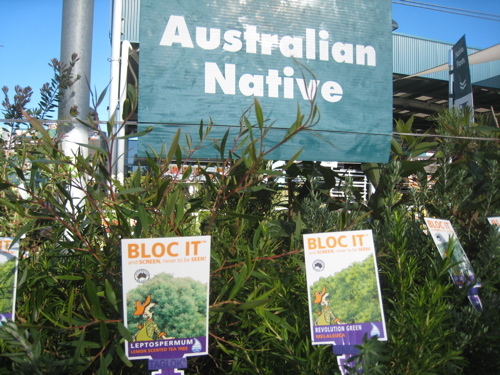 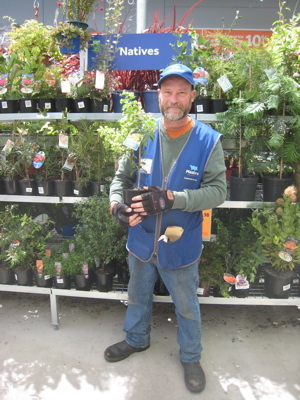 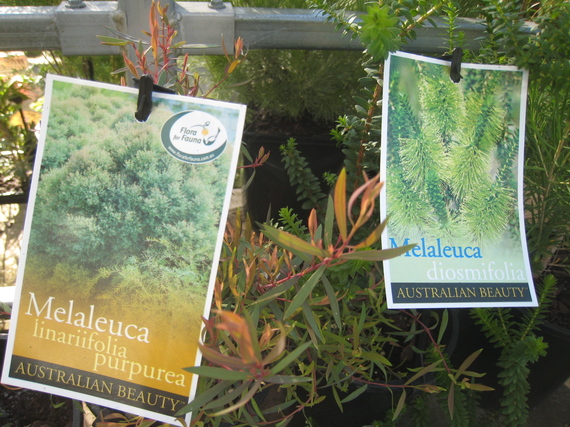 In 1989, after a series of devastating droughts, the Australian government funded Landcare through $320 million for the formation of thousands of local grassroots chapters to rehabilitate damaged agricultural lands and encourage sustainable practices. The program worked so well that people began applying the Landcare ethic to urban and suburban areas. What's more, Australian big box stores got on board. Masters, 50 percent owned by Lowe's, and Bunnings, modeled on Home Depot, now carry hundreds of species of native plants. This is the kind of integrated response we need in California to the drought and extinction crises.

With the much-hoped-for El Niño oceanic phase fizzling, scientists saying that we could be in a thirty-year megadrought, and with pollinator and bird populations in steep decline, it's long past the time to get serious. The Australian example stands before us. We must respond to the urgency of drought and loss of biodiversity, and we must promote landscaping that feeds either people or wildlife. We don't have the water or the time to waste on anything else.