Imagine a giant inflatable golden cat with laser beams that shoot out of its eyes, projecting images and videos onto the world around it with the accompanying noise, "Pew pew!" No, this isn't a reprise of the SNL digital short, nor is it a terrifying drug-induced hallucination. No dear friends -- we bet you know where this is going -- it's art!

Meet Laser Cat, the massive feline brainchild of public art creators Dave Glass and Kill Cooper, also known as Hungry Castle. Laser Cat is not your average kitty; for one thing, as previously mentioned, he's giant, inflatable and gold. But also, he loves eating and subsequently spewing out art.

Hear the cat describe his peculiar mission in the video below:

To summarize, you can submit artworks online to Laser Cat, who will literally shoot them out of his eyeballs in a public performance in Miami this spring. "There are 3 things everyone loves," Glass explained in an interview with The Huffington Post. "Lasers, cats and arts and crafts. Laser cat is a giant cat that projects art. He's gonna be the first cat to project people's art on Miami Beach. We've received 10,000 artworks from people all over the world so far, including sculptures, videos, paintings, cat photos and more."

For months Laser Cat has been accepting eating artistic submissions, including works by big name artists like Stefan Sagmeister, Milton Glaser, Banksy and David Lynch. He's still munching on artworks, so feel free to upload your own by following the website's directions. Your submitted artwork could end up in an art show with Banksy's. Not too shabby. 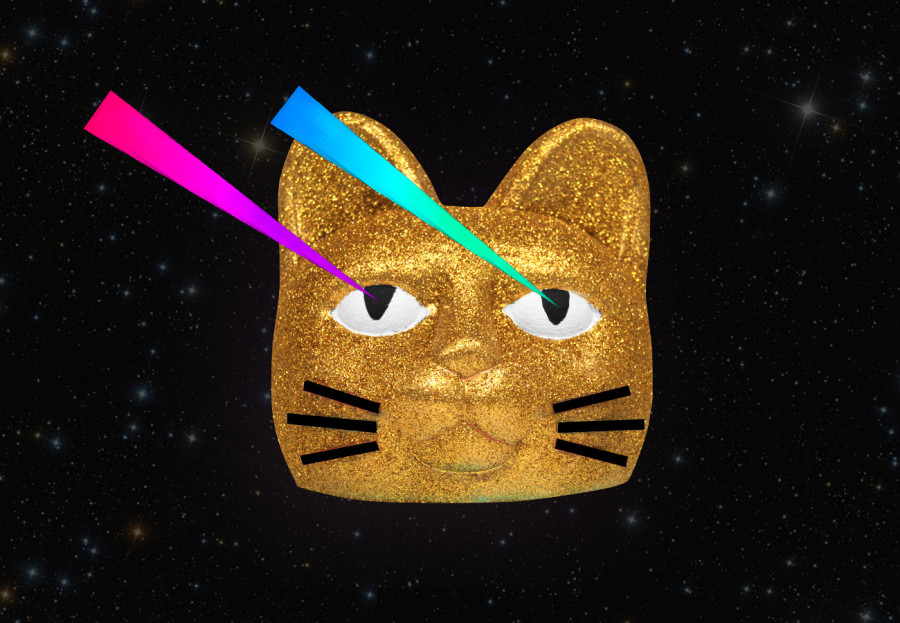 When the actual performance occurs, viewers will be able to control when new artworks are shot out for all to see. "Play is a huge element of what we do," Cooper explained. "Laser cat is interactive. During the show people can press a giant button and it will fire off the first artwork. The next person will push the button and the next work will shoot out."

Added Glass: "Feed your art to laser cat and he will project it onto the world."

We're digging this beautifully weird project not only for its involvement of giant cats and lasers, but also its recognition of passionate art lovers who don't cite artist as their day job. Laser Cat himself explains on his website: "Behind every creative director (art director, copywriter, illustrator, photographer, filmmaker, designer… you get the picture) is a hidden passion fueling his or her inner artist. Most of you creative types got into this business because of your love of art, and many of you creative types still indulge the urge after-hours, before-hours and between-hours. So, what to do with that painting, or sculpture, or cat photography project that no one has ever seen? Feed it to me. The more art I get, the stronger I grow."

There you have it, Laser Cat really, really wants your art. Head to the website today and pitch your creative fruits before it's too late!

Laser Cat is back from Hungry Castle on Vimeo.

In the video above, Laser Cat makes a diabolical ultimatum: "I need your art. You have 72 hours to feet it to me or I'll project James Franco's art onto this pussy." Feed the cat guys.

The Laser Cat show will be the grand finale of the ADC Festival of Art + Craft in Advertising and Design, which takes place in Miami Beach from April 7 to April 9, 2014. The cat show itself will be held at midnight on April 9, on the rooftop of the New World Center. 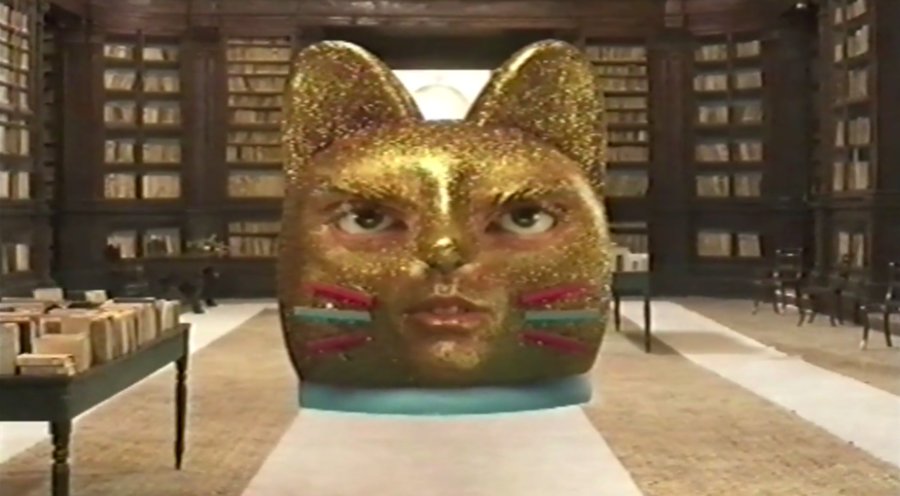 In the words of Laser Cat, "Pew pew."