Scientists have successfully bounced a laser off the Soviet Union's old Lunokhod 1 rover, which trekked across the moon's landscape more than four decades ago.

Lunokhod 1 was the first remote-controlled rover ever to land on another celestial body. The wheeled vehicle was carried to the lunar surface by a spacecraft called Luna 17, touching down in the Sea of Rains on Nov. 17, 1970.

Among its instruments, the rover toted a French-built laser retroreflector consisting of 14 corner cubes that can reflect laser light beamed from Earth. [The Moon: A Space Dumping Ground (Infographic)]

Attempts to contact the rover after the lunar night that began on Sept. 14, 1971, were unsuccessful, apparently due to a component failure on the rover. Lunokhod 1's days of rambling around the moon formally ended on Oct. 4, 1971, after 11 lunar day-night cycles (322 Earth days).

For the most part, those working in the laser ranging field have cautioned over the years not to spend time on Lunokhod 1, calling the rover a nearly impossible target.

"And during 30 years, nobody tried to range on Lunokhod 1," Jean-Marie Torre, research engineer at the Côte d'Azur Observatory in France, told SPACE.com.

But Torre and his colleagues tried anyway, using the Grasse (MéO) laser-ranging station in Calern, France, which is run by the Côte d’Azur Observatory. In March, they received return signals from the Lunokhod 1 reflector for the first time since the start of their lunar laser ranging observation campaigns in the early 1980s. 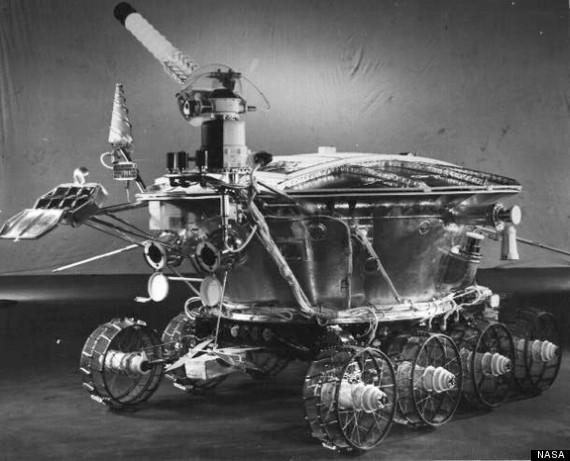 On November 17, 1970 the Soviet Luna 17 spacecraft landed the first roving remote-controlled robot on the Moon. Known as Lunokhod 1, it weighed just under 2,000 pounds and was designed to operate for 90 days while guided by a 5-person team on planet Earth at the Deep Space Center near Moscow, USSR. Lunokhod 1 actually toured the lunar Mare Imbrium (Sea of Rains) for 11 months in one of the greatest successes of the Soviet lunar exploration program.

The results were obtained over three nights, using a new instrumental configuration at the MéO station.

The historical difficulty of ranging on Lunokhod 1 may have been due to a number of factors. The reflector may have been dusty, or its cover could have closed. Or the rover may not have been parked in view of Earth, Torre said.

In the end, however, "it was more a problem of lack of confidence than to a technical difficulty," Torre said.

Poor weather conditions prevented the scientists from getting a good determination of the Lunokhod 1 reflector's efficiency. Still, the results have buoyed the interest of Earth-based scientists to continue beaming their lasers at the long-dead rover.

In fact, Torre and a colleague were ranging successfully the Apollo 15 site when Torre suggested trying Lunokhod 1. [NASA's Apollo Moon Missions in Pictures]

"Fortunately, we had immediate echoes ... and if not, we might not have tried again for one or many years!"

The final end-of-mission location of Lunokhod 1 was uncertain until 2010. But thanks to images snapped by NASA’s Lunar Reconnaissance Orbiter (LRO), both the Luna 17 lander and Lunokhod 1 were spotted.

Lunokhod 1 came to its final stop on a site situated around 1.4 miles (2.3 kilometers) north of its point of landing. 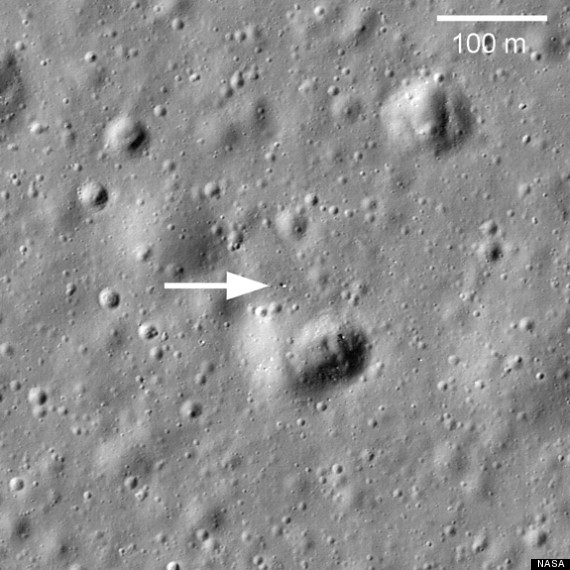 NASA's LRO recently discovered the Russian Robotic rover Lunokhod 1 that landed on the moon in 1970 and vanished from detection in September 1971.

The success last month by the Grasse station was not the first laser ranging effort targeting the "lost" Lunokhod 1 reflector.

Surprisingly, the APOLLO researchers reported that the craft’s retroreflector was returning much more light than other reflectors on the moon.

"In normal conditions, the difficulty to range this [Lunokhod 1] reflector is the making of the corner cube [which is] silver coated. They are very good in the dark, from a few days after the new moon to the quarter. It is better to range the reflector from March to May," when the on-the moon reflector is the highest in the sky, Torre said.

A better understanding of the moon

Lunar laser ranging has been made possible by combining advances in laser technology, data processing and precision timing via atomic clocks, according to the International Laser Ranging Service, a service of the International Association of Geodesy.

Lunar laser ranging uses short-pulse lasers and state-of-the-art optical receivers and timing electronics to measure how long it takes light beamed from ground stations to travel to retroreflector arrays on the moon and back again.

It takes just two and a half seconds for light to make this roundtrip trek, requiring use of an atomic clock.

Because the reflectors on the moon are relatively small and a laser beam naturally loses its intensity with distance, only a tiny fraction of the signal makes it back. However, the information is sufficient for precise calculation of the Earth and moon's movement: speed of rotation, axial variation and orbital deviation (taking into account, of course, the influence of other celestial bodies such as the sun).

Torre said that thanks to Lunokhod 1's position on the moon -- closer to the moon’s limb than any other reflectors — it allows researchers to detect more precisely small libration effects. Laser ranging on the rover can improve researchers' understanding of the moon's internal structure and rotation, he added.

Leonard David has been reporting on the space industry for more than five decades. He is former director of research for the National Commission on Space and is co-author of Buzz Aldrin’s new book “Mission to Mars — My Vision for Space Exploration” out in May from National Geographic. Follow us @Spacedotcom, Facebook or Google+. Originally published on SPACE.com.