For me, Halloween is one of few days each year when I can drip in rhinestones and boas or dress as something so fabulously silly. My favorite Halloween costumes I've donned in years past: Cruella de Vil, Sally O'Malley (cause I can kick, I can jump, and I can kick), and a vintage cigarette girl. This year, I cannot wait to get dressed up. Let me repeat that: I CANNOT WAIT TO GET DRESSED UP. I've decided to go as my all time favorite decorator: Dorothy Draper.

And guess what?!?! There are other amazing decorators that you can dress up as too! What better way to pay tribute to the fabulous ladies who changed the interior design world than pile on the glamour and dress up as them?

In the early 20th-century men with waxed moustaches dominated American professional communities, acting as leaders of the arts, sciences, and corporate worlds. Though it's a touch hard to imagine today, the interior design profession was no exception to this phenomenon. Originally an extension of architecture, a historically male realm, leaders of interior design fought to keep trained men at the forefront of the field. At the turn of the 20th century a few strong women shook things up and helped redefine interior design as a field separate from architecture. While architects worked to create a cohesive and artistic design for interiors, they had a lesser regard for patterns of use. The new wave of decorators focused on designing for the needs of inhabitants in a stylish mode. Below are a few of my favorite lady design rebels, who represent the successful journey of women in the early 20th century and would make for fabulous Halloween costumes.

One of the first women to break into the interior design industry, Wheeler is often referred to as the "mother" of interior design. Calling New York City her home, Wheeler's style was relatively formal and very much in line with the principles of Victorian design. She designed rooms layering textures and patterns, dark woods, and textiles leaving no surface untouched. Also a well-known fabric designer, Wheeler's upholstery patterns, like the one below, evoked the natural world through vivid colors and contrasting textures. Head of Associated Artists, a woman-run firm that produced her textile and wallpaper designs, Wheeler trained and encouraged American women to learn and use artistic skills not as hobbies, but as a way to achieve economic independence.

How to be Candace? Think Victorian. A long, flowing dress or skirt paired with a high neck shirt and topped with ruffled cape or shawl. Pin your hair up, add a hat, and grab a piece of woven fabric to carry around. 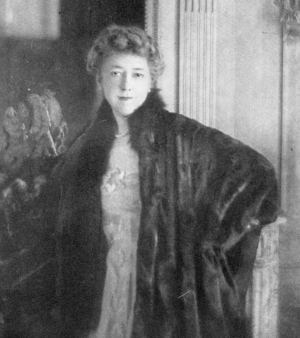 Based in New York City, de Wolfe began her decorating career in 1905 at the age of 40 after working for many years as an actress. Deeply dissatisfied with Victorian design, de Wolfe strove for designs that were better suited to their inhabitant's lifestyle than the over-stuffed and over-stimulating Victorian interiors of her parents' generation. She simplified, often using Colonial Revival furniture, pastel colors, feminine forms, and chintz fabric, a traditional Colonial American pattern that became part of her signature look. De Wolfe openly discouraged homeowners from relying on "a man whose social experience may be limited" and suggested that, often, women afforded a greater understanding of home life and therefore decorating skills. She wrote: "In short, man made the house: woman went him one better and made of it a home."

How to be Elsie: Think Drama and Roaring 20s. Now is the time to break out the vintage or faux fur. Grab a cloche hat and some Mary Janes. If you have a dog or a cat, carry them around, or a least stage tons of pictures with them, because Elsie loved her pets.

Dorothy Draper is an icon of 20th-century interior design whose work transformed traditional decorating practices. Her style is bright and eclectic, mixing unexpected pieces in a fabulously dramatic way that stills looks fresh and contemporary today. Based in New York City, Draper was well connected to a prominent social circle and achieved celebrity status through her interior designs and fashionable appearance. Hoping to inspire homeowners everywhere, in 1939 she wrote the popular book Decorating is Fun: How to Be Your Own Decorator. One of her most famous works, The Greenbrier Hotel in West Virginia, still maintains her original 1940s interior designs--pure eye candy for interior design aficionados.

How to be Dorothy: Pin up your hair and make a crown of feathers. Wear elbow length gloves and a fabulous mid-century suit or dress. Add a feather boa for drama. And most importantly: layer on the rhinestones. Grab a copy of Decorating is Fun! or a leather portfolio.

Check back for my post Halloween column on being Dorothy Draper!