Hordes of people traipsed to midtown Manhattan Monday, traveling by foot and by cab to stand in long lines for an important commodity that Hurricane Sandy had made suddenly scarce.

The must-have item was neither batteries nor bottled water, however: These New Yorkers had journeyed to Times Square for Starbucks coffee.

"It was scary not having Starbucks,” said Bethany Owings, who told the New York Post she walked 10 blocks with her 18-month-old daughter Ava to get her daily dose.

According to the Wall Street Journal, Starbucks Corp. closed all of its New York City and Long Island locations at 4 p.m. Sunday so its employees could return home before the MTA shut down all trains.

Stores were supposed to remain closed on Monday, but the Starbucks on the main floor of the Marriott Marquis on West 45th Street was catering to a steady stream of caffeine-obsessed patrons.

Only Starbucks open, probably for miles around, are the ones in the Marriott Marquis on W. 45th, including the one where we usually meet.

For those who made the trip, the long lines were a small price to pay. Alex Mwangi, a Starbucks "gold card" holder, walked more than 20 blocks looking for a store -- a trek he said was totally worth it.

“I’m a Starbucks fanatic," he told The New York Post. "I go four or five times a day. I like the way they make their coffee and the way they present it to you. Elsewhere is standard, regular coffee.”

Other chains like Dunkin Donuts were closed on Monday, Gothamist reports.

However, those closings meant more business for shops that planned to stay open during the storm.

When local 7-Eleven manager Khagendra Bhattarai heard the Dunkin Donuts across the street would be shutting its doors, he immediately put on extra coffee. He told The Huffington Post he planned to stay open all night.

Visit The New York Post to read what other "coffee junkies" had to say about getting their Starbucks fix. 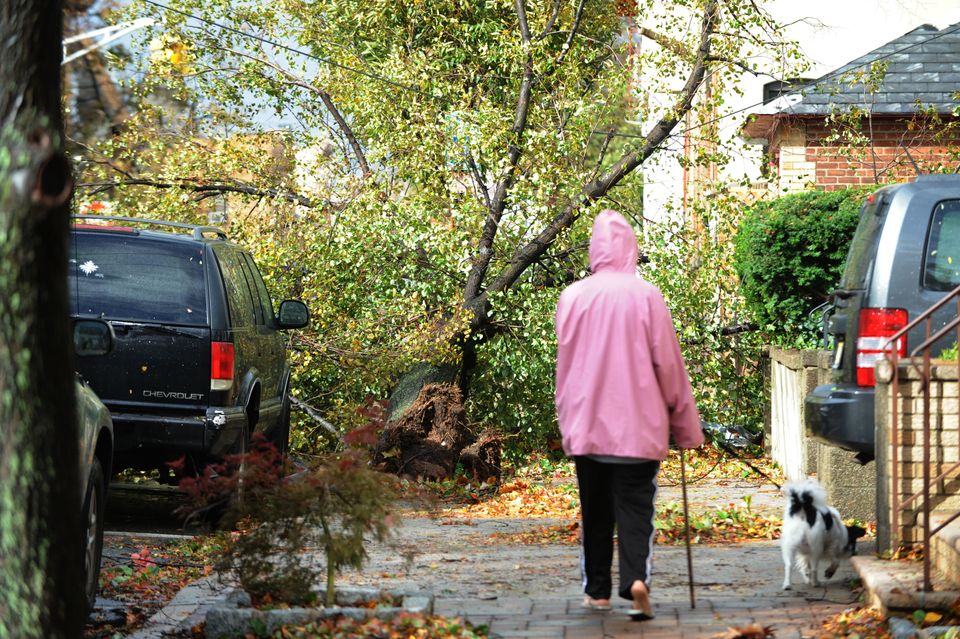