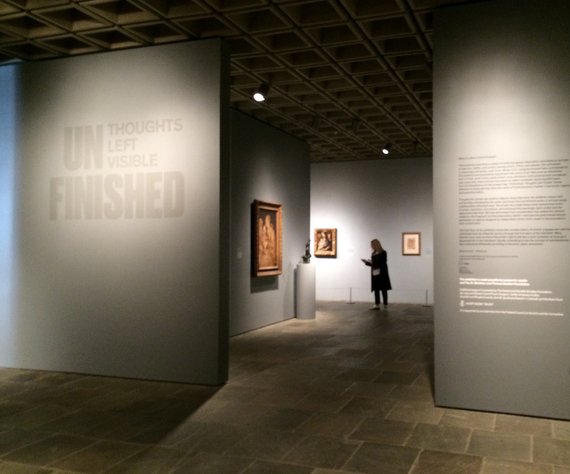 I had been looking forward to this exhibit for a long time and was fortunate to be at the opening. The exhibit closes Sept 4th and if you haven't had the chance to see it, I would highly recommend a visit before it closes. I've returned a number of times to revisit the exhibit as, from an artist's perspective, it is fascinating to see works that are not finished offer insight into the artistic working process -- what the artist may have been thinking at that point in the painting.

Included in the exhibit are over 190 works dating from the Renaissance to the present--nearly forty percent from The Met's collection. The exhibition examines the term "unfinished" across the visual arts in the broadest possible way. It includes works left incomplete as well as works that are intentionally unfinished, an aesthetic that embraces the unresolved and open-ended.

There are many reasons an artist might leave a work unfinished: the political situation (the Sack of Rome in 1527 for instance), an unhappy portrait commission, the death of a patron, another project overtakes the current one, the artist is not happy with the painting and doesn't want to finish it, death or lack of time. From a personal perspective I have a series of oil paintings as well as travel paintings in my studio that are unfinished which I have desparately been trying to finish, thinking I will return to them when I have time but other projects always seem to interrupt- so for me the exhibit was very timely.

Unfinished: Thoughts Left Visible is curated by European Paintings Curator Andrea Bayer and Postwar and Contemporary Curator Kelly Baum; and Nicholas Cullinan, former Met Modern and Contemporary Art Curator and now Director of the National Portrait Gallery in London, all working under the direction of the Mets Chairman of Modern and Contemporary Art Sheena Wagstaff. Both curators were on hand to answer questions at the opening. I was curious why Rosso Fiorentino in his Painting of a Young Man finished the tapestry at the bottom of the painting but left the rest unfinished. I would have started with the figure instead of doing the detail at the bottom. Apparently he had to flee during the Sack of Rome and, during this time in his career, he left a number of his works unfinished. 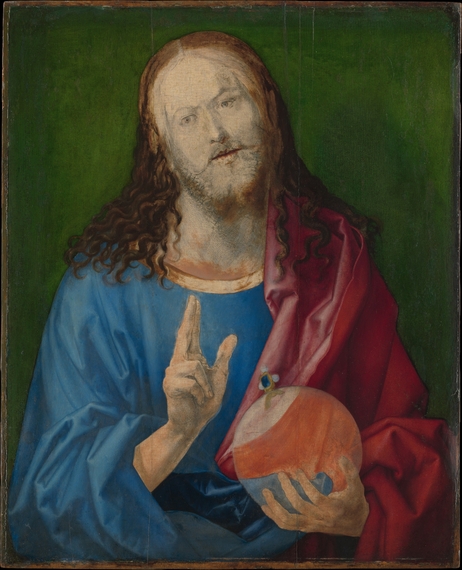 The Albrecht Durer Salvator Mundi provided insight into his painting process and provided a nice comparison of what was happening with the preliminary underpainting at the same time in Italy. Durer approached his subject as he would his etchings. He crosshatched his drawing, shadows being denser cross hatchings. Jan van Eyck's painting of Saint Barbara (1437) is a bit of an enigma- did the artist mean the work to be a finished drawing, which would have been considered unusual at the time, or was it meant to be a preparation for a painting. 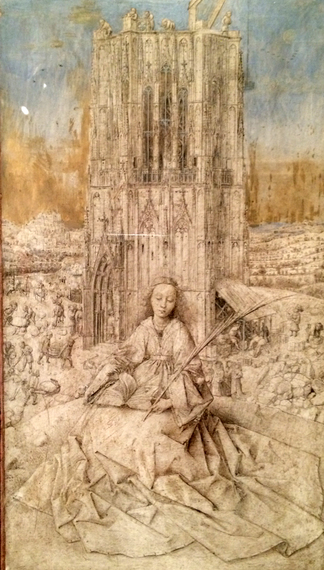 The exhibition is accompanied by a substantial catalogue which I will be happy to have once the exhibit ends. This is an exhibit to be savored, particularly through the eyes of an artist.