Dr. Jack Kevorkian is famous for his beliefs on physician-assisted suicide and his subsequent trial and incarceration. He is less known, however, for his careers as a writer, composer and oil painter. 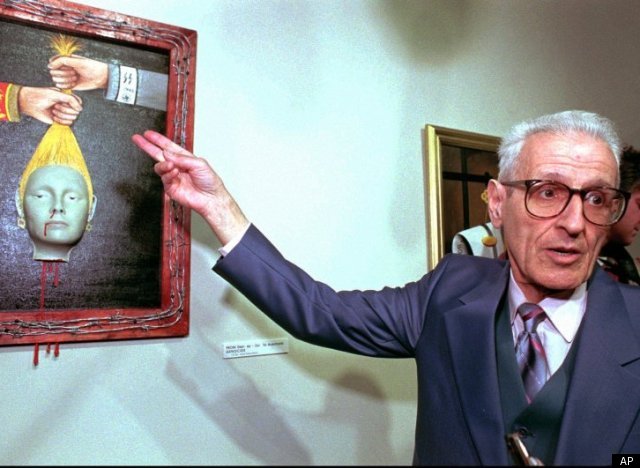 Kevorkian pointing to a piece of his art.

The Armenian Library and Museum of America in Watertown, MA has four of Kevorkian's works on display and twelve more in storage. The curator of the museum, Gary Lind-Sinanian, commented that the museum also possesses a collection of his writings and compositions. 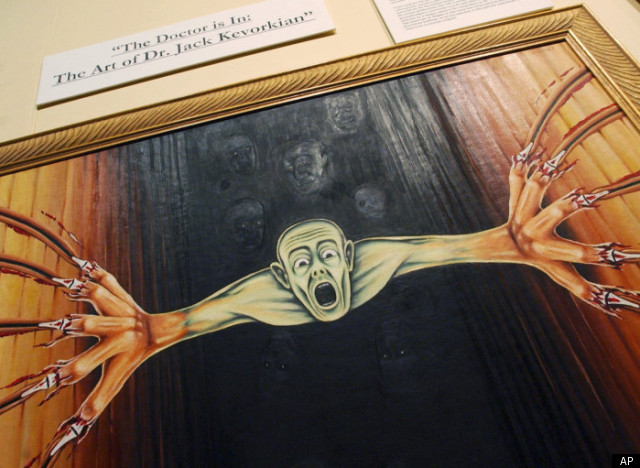 "Nearer My God Than Thee" by Dr. Jack Kevorkian.

His fascination with death and the act of dying permeate his art. The paintings on display are full of lurid colors and imagery of death, almost what one might expect from someone commonly known as is "Doctor Death". Images such as "Very Still Life,' which depicts a human skull and "Nearer My God Than Thee," with a man clawing walls as he's dragged to his death, give credence to that nickname.

Lind-Sinanian said that since Kevorkian's death the museum has had an increase in requests for signed posters of Kevorkian's art. Kevorkian died at age 83 in Michigan early Friday. 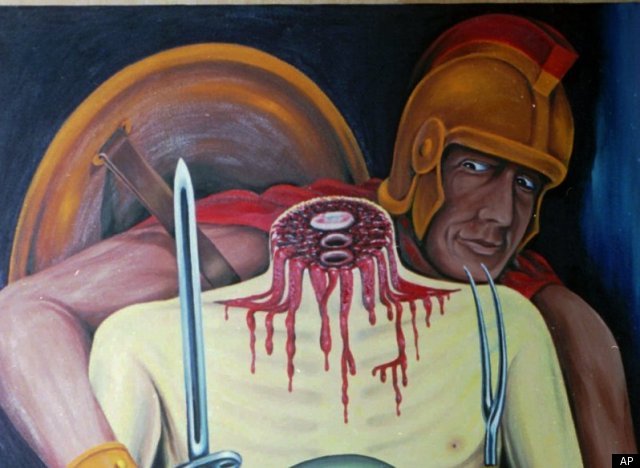 A painting by Kevorkian, "The Gourmand." It depicts Mars devouring mankind, which is a commentary on war.

All images courtesy of AP Images.