Scientists have long known that chowing down late at night can have negative effects on our bodies, from weight gain to an increased risk for Type 2 diabetes.

Now, a new study conducted at the University of California, Los Angeles, suggests that late-night eating can wreak havoc on our brains, too. The research showed that making a habit of munching on midnight meals may impair our ability to learn new things and store memories.

"We believe that late-night snacking may affect our learning capabilities by affecting the parts of the brain responsible for learning and memory, specifically, the hippocampus," Dr. Dawn Loh, a project scientist at the university and lead author of the study, told The Huffington Post. "The timing of food consumption is what we believe to be the primary cause of the impaired memory that we describe."

Despite having these different feeding schedules, the mice received the same amount of sleep and caloric intake.

Then, the researchers tested the cognitive abilities of the mice by measuring their performance on behavioral tests. In one test, the researchers determined how well the mice could remember that a specific room chamber was associated with an unpleasant-yet-mild electric shock after 24 hours had gone by.

The researchers noticed that, when the mice were placed in the room again, those who ate when they should have been sleeping were less likely to "freeze" in fear than the mice who ate during normal hours -- suggesting that they didn't remember the association.

The researchers also tested how well the mice could recognize a novel object, and noticed that the mice who ate when they should have been sleeping were significantly less able to recall the object than the mice who were fed at their normal hours.

By consuming food at the 'wrong' time of day, we induce misalignment between the various clocks in the brain and body."

The researchers went on to show that molecules involved in memory formation were altered in the mice who were fed when they should have been sleeping. Since the formation of long-term memories is governed by the hippocampus, the researchers concluded that the timing of meals can disrupt hippocampal physiology, and therefore our ability to learn.

"By consuming food at the 'wrong' time of day, we induce misalignment between the various clocks in the brain and body," Loh said. "This is known to affect physiological processes like metabolism. We demonstrate for the first time that this food-induced misalignment leads to profound impairment of hippocampal-dependent memory as well."

While research on humans is needed to confirm the findings, there already has been some evidence of midnight snacking affecting the human brain, Dr. Chris Colwell, professor of psychiatry and biobehavioral sciences at the university and a co-author of the study, told HuffPost.

"For instance, humans' ability to perform on tasks goes down when they're working shifts," he said. "So, there is good reason to shift your core caloric intake into earlier in your daily cycle and to avoid the late-night snacking, especially carbohydrates, which takes away my pre-sleep bowl of ice cream."

Or, he added, if you must eat late at night due to a work schedule or emergency, opt for a healthy granola bar rather than that ice cream.

PHOTO GALLERY
Foods That Are Making You Sleepy
Download
Calling all HuffPost superfans!
Sign up for membership to become a founding member and help shape HuffPost's next chapter
Join HuffPost 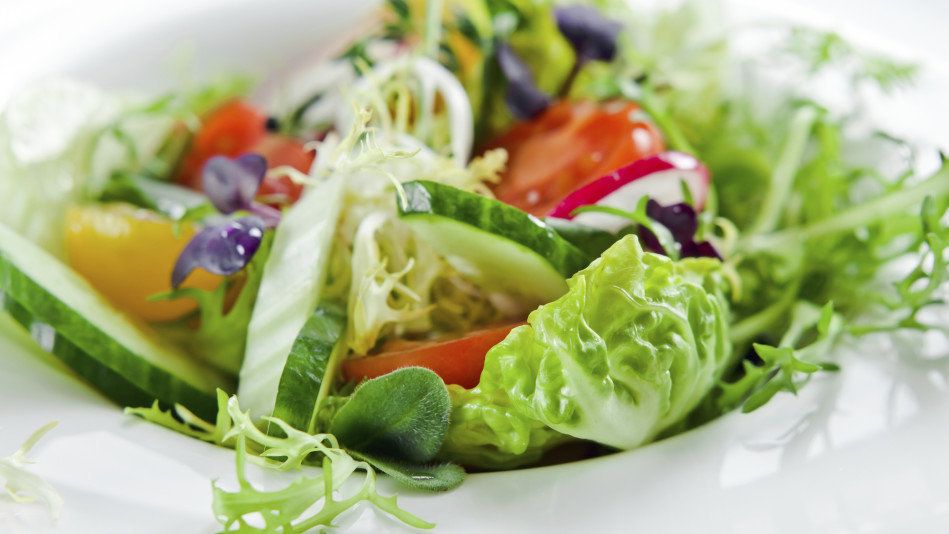 1 / 5
Your Sad Desk Salads
"I worry when a client comes in and says that she just has a salad for lunch," says Elisabetta Politi, RD, MPH, nutrition director at the Duke Diet and Fitness Center in Durham, N.C. Why? Because a salad could just mean a helping of iceberg lettuce, some shaved carrots and Ranch dressing. And loading your bowl with veggies and skimping on protein and carbs means you're not getting enough calories to power you through the rest of your day. "If you're eating a 200-calorie pile of broccoli and lettuce, it's no wonder you feel hungry and tired at 4 p.m.," Politi says. Your dressing of choice could be adding to the problem. "You might think you're doing the right thing by eating a salad, but if you add a dressing like honey mustard or raspberry vinaigrette, both of which are usually high in added sugar, that'll probably lead to an energy crash later," says Marisa Moore, RD, spokesperson for the Academy of Nutrition and Dietetics. <br><br> <b>Pick Yourself Up:</b> Make a base of <a href="http://www.diabetes.org/food-and-fitness/food/what-can-i-eat/making-healthy-food-choices/non-starchy-vegetables.html" target="_blank">non-starchy vegetables</a> like mushrooms, cauliflower or peppers and leafy greens like kale, then add protein like chicken or chickpeas and complex carbohydrates like quinoa or edamame that'll give you slow-burning energy. As for dressing, try extra virgin olive oil and vinegar or lemon juice.
igorr1/iStock/Thinkstock