Through little fault of its own, CBS's new Criminal Minds: Beyond Borders could end up feeling a bit like prime-time fast food.

Beyond Borders, which debuts Wednesday at 10 p.m. ET, nestles at once into TV's successful crime-of-the-week procedural tradition. 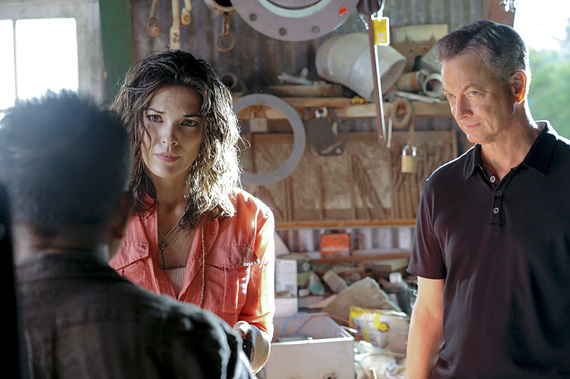 It's a spinoff from a successful CBS mothership and it stars two characters (above) beloved in the game: Gary Sinise as Jack Garrett and Alana De La Garza as Clara Seger.

The potential problem is that as TV viewers are increasingly offered longer-form, more nuanced shows, neatly packaged procedurals may for some start to feel a little less dramatically satisfying.

That won't spoil the opening of Beyond Borders for fans of the procedural game. The Sinise and De La Garza characters are reunited in the first episode and immediately begin soldiering off to rescue Americans who have fallen into trouble in foreign countries.

Their services are required, Beyond Borders implies, because police departments in foreign countries may not always feel the urgency or implement the procedures and protections we feel American citizens deserve.

It would also be no surprise to find some of those foreign departments hampered by internal corruption, though the first episode plays it relatively straight and suggests the biggest hurdles lie in cultural customs and language.

Happily, Seger speaks every known language this side of ancient Aztec.

In Wednesday's episode, two American college students who have been volunteering on a farm in Thailand suddenly drop off the radar for two days, leading their families and the team to move in quickly before the case has a bad outcome.

Using the standard tools of current TV police procedurals, which include computer research, forensics and smart profiling, the team races against a typhoon to track down the missing girls in a tropical jungle.

If the first episode is any indication, Beyond Borders will as a bonus offer an interesting visual tour of the foreign lands in which Americans can run into trouble. 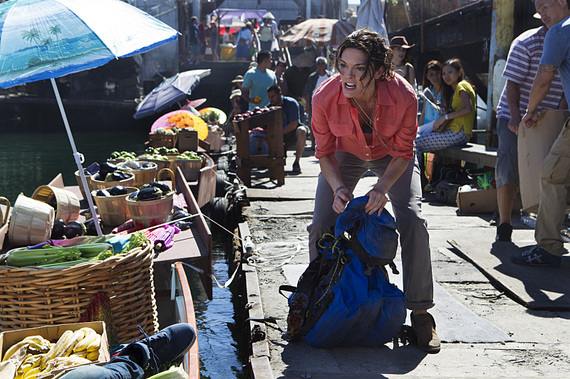 The problem for Beyond Borders, and this could extend to other procedurals, is that with the number of police/crime/mystery/suspense/action dramas popping up on cable, streaming and broadcast television these days, crime-of-the-week series may seem comparatively formulaic.

Now that's not automatically a problem, because safe formulas are one reason why CBS in particular has done so well with procedurals. Viewers get to know the characters, get to know what they can expect and in almost every instance will have that night's crime solved before they go to bed.

But compared to series from Breaking Bad and The Americans to American Crime, Game of Thrones or Homeland, a Beyond Borders has fewer opportunities for characters to surprise us. Plot elements must fall more quickly and neatly into place.

The premiere of Beyond Borders at times has the vague feel of Friday the 13th, where potential victims and would-be perps engage in an almost ritualistic dance while the good guys race against the clock to intervene.

Procedurals, it should be stressed, are hardly about to disappear. They're still a popular and legitimate TV staple. But with an increasing number of more complex shows on the menu, they may at times feel a little less filling.