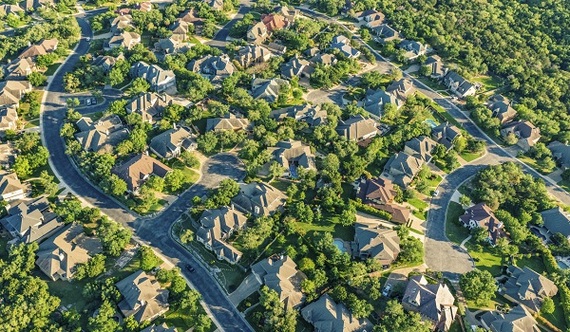 Unpredictability in the housing market has become... well, downright predictable. The past week did not disappoint, as it provided a pair of outstanding but surprising reports on home sales.

Monthly new home sales broke several months of stagnation at around the 520,000 mark by soaring to 619,000 in April. This 16.6% surge, the largest percentage increase since January 1992, was accompanied by a collective 39,000 upward revision in the last two months. Pending home sales for April followed with a very healthy 5.1% increase later in the week, blowing past the Bloomberg consensus projection of a 0.8% increase.

Given that pending home sales is by definition a leading indicator of existing home sales, this is excellent news for the broader housing market. New home sales only make up around 10% of all sales and are notoriously volatile -- for example, the margin of error on the April new homes report was plus or minus 15.4 percentage points -- so a corresponding large increase in pending home sales suggests overall market strength.

While the report is upbeat news for the overall market, homebuyers have less to cheer about as housing is in relatively short supply. The inventory of newly built homes dropped to a 4.7-month supply, matching the number for existing home supplies. A 6-month supply is considered the mark of a healthy and balanced housing market.

The combination of a tight supply and growing demand is, as expected, leading to higher prices. The median price for new homes in April reached a record $321,100. The corresponding median price for existing homes is up to $232,500. Both values represent a significant increase in monthly values as well as year-over-year sales.

The housing supply is improving, as builders are finally feeling confident enough to ramp up construction of new housing units. Compared to the previous year, the number of new homes available for sale increased by almost 17.5%, partially offsetting a 3.6% decrease in available existing homes over the same timeframe.

These numbers give the appearance of a market moving back into a solid growth phase, except for one aspect: first-time homeowners. While there is significant construction underway, the vast majority of it is not aimed at the entry-level market. Prior to the housing crisis, entry-level homes typically constituted about 30% of new construction, but they comprise fewer than 20% today. It's simply more profitable to build homes aimed at the upper end of the market.

It will take time for existing homebuyers to upgrade and clear out enough existing starter homes to fulfill demand, and new homes are not filling the starter home niche fast enough. With higher prices and a still-short supply, too many first-time homeowners are being priced out of the market -- and that assumes that non-homeowners still want to be homeowners at all.

A 2015 report from Zillow showed that first-time homebuyers are waiting an average of six years to switch from renting to owning. It has been that way since 2005, when millennials began to reach their twenties. By contrast, the average time between renting and owning from 1970-1974 was 2.6 years.

Economic issues are likely the main drivers behind this change. Millennials had the misfortune to come of age in the midst of a wicked recession, and many simply could not afford to strike out on their own at all, much less to buy a home. The subsequent slow economic recovery, flat wages for those lucky enough to find jobs, the tightening of credit after the housing crisis, and the high levels of college debt still carried by many millennials have combined to hold them back from taking their place in the traditional housing cycle.

There may be a psychological component as well. Like the children of the Great Depression, those of the Great Recession may have developed a collective aversion to debt compared to other generations and some may have decided that incurring debt for housing is not a wise investment, as the historical return on home ownership fares poorly compared to stocks. Also, homes are not a particularly liquid asset -- many homeowners caught in the housing crisis would attest to this.

Home pricing matters, too. Jonathan Smoke, chief economist for Realtor.com, says that surveys show the lack of affordable housing is the main factor for millennials' reluctance to buy homes. While that may be true, that is just one of several forces working against millennials and homeownership. These forces may be diminishing, but they are doing so at such a slow pace that millennials may well give up on the concept of homeownership. If so, it will be hard to sustain momentum from the April housing reports.

The above issues help to explain why too many people are unable or unwilling to take advantage of a historically low period for interest rates. At the time of the housing reports, interest rates were hovering near 3.6% on a 30-year fixed-rate mortgage. For historical context, 30-year fixed mortgage rates rarely dropped below 7.5% between 1971 and 2001, and rates remained mostly between 5%-7% from 2001 to 2009. Fixed mortgage rates promptly dropped below 5% as the Federal Reserve dropped baseline rates to near zero, and mortgage rates haven't come close to 5% since mid-2011.

The Fed has made it clear that it intends to raise baseline rates to a more normal value, with at least one likely 0.25% raise in 2016. Higher mortgage rates will follow. Stronger economic data, along with recent comments by Fed Chairwoman Janet Yellen, suggests that the Fed will follow through with the first rate increase sometime this summer. By that time, we should know whether the April housing numbers were a fluke or an indication of real momentum in the broader housing market.

With sustained growth and a continuing increase in supply, a small interest rate hike should have limited effect on the market's trajectory. If the market is still in a constant rise-and-fall pattern, the upcoming interest rate hike may be enough to tip the housing market away from growth.

Housing data is so volatile that it is hard to get too excited about a single month's data. However, there is an increasing body of data suggesting that if you intend to buy a home, you should do it relatively soon. The April housing reports simply add to that data.

It seems unlikely that May housing numbers will maintain this scorching pace, but data showing sustained growth instead of the sawtooth patterns of the past few years would go a long way toward restoring overall confidence in the housing market and bring reluctant millennials back into the traditional home-owning cycle. Will there be enough starter homes for them to consider, whether new or existing, before interest rates begin to rise enough potentially to blunt housing market momentum?

The rest of 2016 should provide a clearer picture of the future of the overall housing market, and whether it's going through a temporary supply imbalance or has changed in some fundamental fashion. As interest rates start to normalize and millennials make their homeownership decisions, we will see whether the housing market can withstand the changes or if we have to redefine a "normal housing market" for the long-term.

To Read More From MoneyTips:
Why We Are Waiting Longer to Buy Our First Homes
Millennials Worried About Rate Hike
Help for Millennials and Middle-Income Homebuyers