If Monday night’s presidential debate is any indicator, Latin America is not a priority for these candidates.

Moderator Bob Schieffer mentioned the Cuban Missile crisis in passing as he opened the discussion. It was the last time Latin America played a major role. In a debate centered on foreign policy, President Barack Obama and his GOP opponent Mitt Romney found ways to mention Detroit and Massachusetts, while completely ignoring Mexico -- the country of origin of 60 percent of undocumented workers in the United States, the site of a U.S.-led drug war that has claimed an estimated 60,000 lives, and the ancestral country of some 33 million U.S. Latinos, according to Pew Hispanic Center. Mexico is also the United States' third largest trade partner, federal data indicates.

While Obama failed to refer to the region a single time, Romney alluded to Latin America twice. In one instance he called for expanded free trade in the region. During the other, Romney described Obama’s willingness to speak with President Hugo Chávez of Venezuela and Cuban Head of State Raúl Castro as “unusual.” Neither comment prompted direct response from Obama or follow up questions from Schieffer.

Take a look above at 6 Latin America-related issues left out of the presidential foreign policy debate.

Twitter exploded with frustration at the oversight. We asked our followers why Latin America didn’t make it to the table tonight. Below we’ve rounded up some of the responses, as well as some freefloating tweets questioning Latin America’s omission from the agenda. Why do you think the candidates largely ignored Latin America? Let us know what you think in the comments 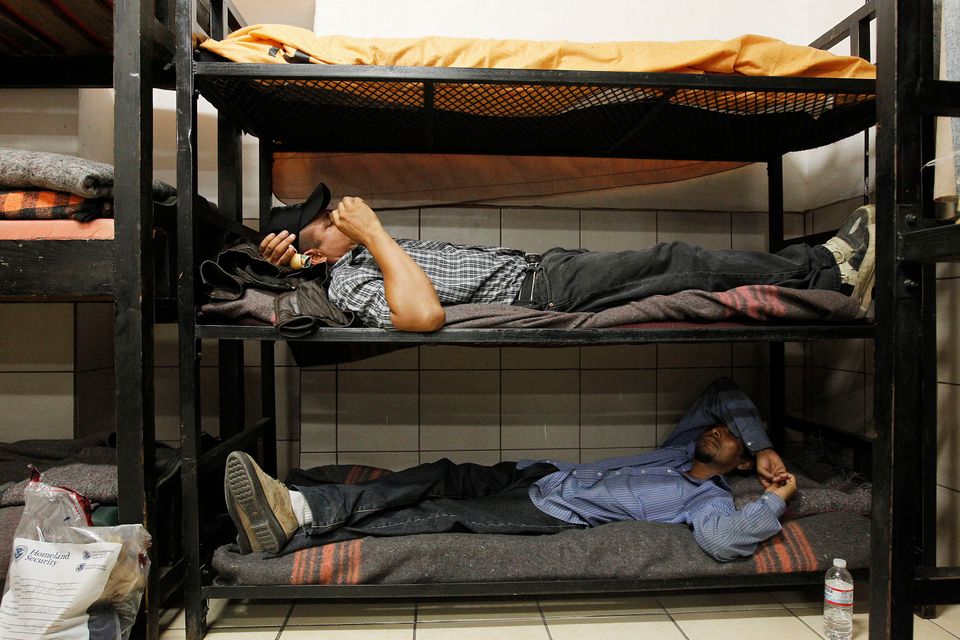 1 / 6
Immigration
The ever-contentious issue of immigration clocked in as the most-tweeted moment of the second presidential debate. It would seem logical to continue the discussion on Monday, touching on the international aspects of immigration. After all, 100 percent of immigrants come from foreign countries and some 60 percent of the undocumented immigrants at the heart of the debate over illegal immigration were <a href="http://www.pewhispanic.org/2010/09/01/us-unauthorized-immigration-flows-are-down-sharply-since-mid-decade/">born in Mexico</a>, according to Pew Hispanic Center. Yet no one addressed how the U.S. government could work with Mexico to secure the border or ease the economic pressures that prompt people to emigrate from their homes.
AP / Antonio Perez, bottom, joins dozens of immigrants, many of them Mexican citizens, as they relax in sleeping quarters at a well known immigrant shelter, as many are making tough decisions on whether to try their luck at trying to make it to the United