The 2014 Gallup Positive Experience Index is in, and we're still trying to wrap our heads around the results.

To measure happiness levels around the world, Gallup interviewed about 1,000 people in each country on the planet (except Syria, where results weren't compiled by the time the index was published).

Interviews were held either in person or over the phone. Everyone was 15 or older, and everyone answered questions about how happy or unhappy they felt the day before.

Note that the questions didn't have anything to do with finances or politics. No one was asked how much money they had or how they felt about their (or any other) government. 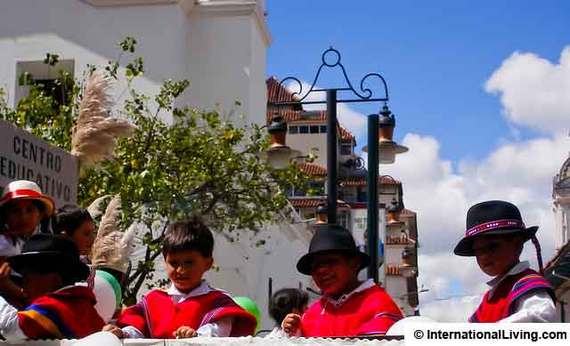 They were simply asked if, the day before their interview, they had: experienced enjoyment; smiled or laughed; felt well rested; thought they'd been treated with respect; and learned or did something interesting.

And based on those emotional responses, Gallup compiled a "positive experience index score" for every country in the world.

And the 10 happiest countries on earth, based on those scores? 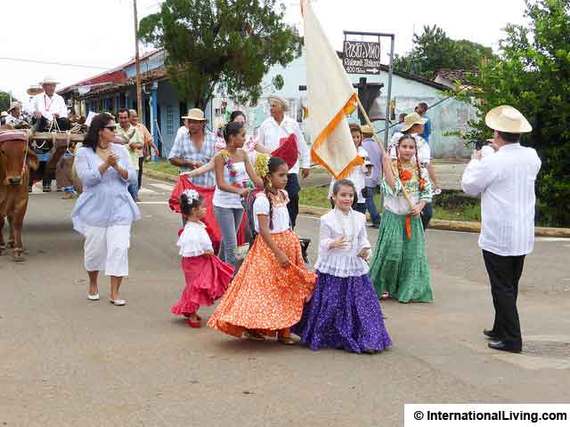 From a North American political and financial point of view, most of these countries have absolutely no right to be so happy.

Take a look at the list of countries and try to think of the last positive U.S. news story you heard about any of them. If you were judging happiness strictly by what you heard (if anything) about any of these countries on the evening news or could find in rankings of national wealth, you'd probably think that people who live there are some of the most impoverished and dissatisfied on the planet.

Turns out just the opposite is true. They're quite possibly happier than you or most anyone you know.

After all, the U.S. ranks 15th on the index, tied with 11 other countries, including Canada and Argentina.

The unhappiest country in the world according to the index? Sudan... followed by Tunisia, Bangladesh, Serbia and Turkey.

We've been thinking about why Latin America is apparently such a happy place for those of us who live here. (We're happy. We currently live in the third happiest country on the globe--Ecuador. We were married in #8 Costa Rica and have also lived in #6 Panama and #10 Nicaragua over the past 14 years.)

From our entirely subjective, personal, and seen-with-our-own-eyes perspective, it comes down to a couple of things... 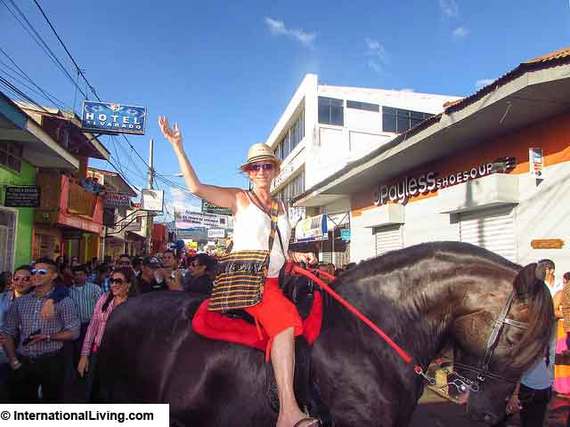 Latin Americans have a list of priorities that are generally upside down compared to those of North America and other "modern" industrialized regions. Instead of making work, success and wealth the most important things in life, Latin Americans typically have family and community firmly at the top of their priority list. They work to live rather than living to work. The time they spend with their family and friends is the most important time to them... not the time they spend working.

So maybe that list of priorities isn't upside down. Maybe it's right-side up.

Also, Latin Americans tend to live for today. Sure, they make plans, they have goals and dreams. But they also know that if you defer your happiness to achieve some future goal, the future might not cooperate.

Much better to live, love and laugh right now, while you can, than to bet your future happiness on the whims of local, regional and global politics and finance. Those whims can be unpredictable, and living, loving and laughing right now is easy to do with your family and friends, even with very little money.

Earlier generations of North Americans knew this well, and current generations are being reminded of it again.

It is also undeniable that in many Latin American countries-- especially the warm, tropical ones- -food and shelter aren't the life-and-death matters they are in much of North America. There are fish in the sea and fruit on the trees, and if you find yourself outside in the middle of a January night for some reason, you won't freeze to death.

Now add in the fact that, throughout most of Latin America, healthcare is considered a basic human right and is supplied free or at a greatly subsidized cost by almost every government, no matter where that government happens to sit on the socialist-capitalist spectrum. Anybody can get basic healthcare anywhere and not end up in the poor house.

Is that healthcare extremely basic in some poor and sparsely populated areas? Yes. Does that healthcare come with all the waiting, bureaucracy and lack of choice that many public health systems are known for? Yes.

Is that healthcare there for everyone... no matter who they are, what they do, how much they earn, or how old they are?

A value system that puts family and friends above ambition and money. An outlook that makes living, laughing and loving in the moment rather than putting happiness on hold for some future goal. An environment that easily and naturally meets the most basic needs of shelter and food. Healthcare that is considered a right for all instead of a privilege for a few.

They simply are happy... because they have family, friends, and the basic needs of life. And they take the time to enjoy them, right now, this very moment.

Related Articles:
The World's Best Places To retire in 2015
Where to Find the Best Healthcare in the World
How Cuenca, Ecuador Has Changed My Life