For the first time ever, the Centers for Disease Control and Prevention has issued a report specifically on the state of Latino health in the U.S.

Among their findings is further evidence of the so-called “Latino Health Paradox” -- a phenomenon observed by public health researchers in which Latinos in the U.S. are less likely to suffer from chronic disease or die prematurely, despite high rates of poverty and less access to education and health care (two factors that are typically linked to poor health).

The report analyzed data on Latinos’ leading causes of death, disease prevalence, risk factors and access to health care and found that, as a population, they have a 24 percent lower all-cause mortality rate. Latinos also have lower death rates for nine out of 15 leading causes of death as compared to white residents.

The CDC’s data does not indicate why Latinos have better health outcomes in some areas compared to whites or the general population, but their analysis of past research on the issue brings up at least four factors that could be contributing to the paradox: Latinos tend to have lower smoking rates than white people, they tend to be younger and they also seemed to have higher levels of family support. Immigration could also be playing a major role; the immigration of young, healthy people and the emigration of unhealthy or elderly immigrants back to their home countries could also be affecting health stats.

But not every measure was a positive one. For example, Latinos were much more likely to die from diabetes, chronic liver disease, homicide, and essential hypertension and hypertensive renal disease than whites. They also have higher rates of obesity. 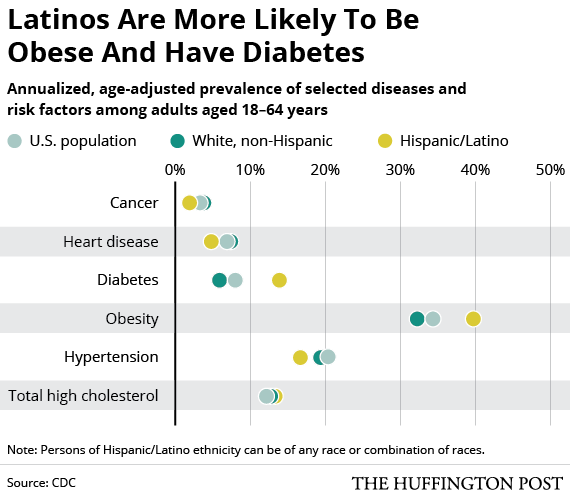 Dr. Mikel Llanes, an assistant professor in family medicine at the University of Michigan Medical School whose expertise is in Latino health, was not involved in the CDC’s analysis, but pointed out that there are more things to consider than cause of death when it comes to evaluating health.

Rather than marveling at a supposed paradox, Llanes points out that noting the age at which people die isn’t the same as measuring their quality of life. For example, Latinos were more likely to live below the poverty level and less likely to have completed high school than white people in America. The high rate of death by homicide also suggests that they might be living in more dangerous neighborhoods or embedded in more unstable communities than the general population.

“This report did not address quality of life," he continued. "Mental health issues among Latinos were also not addressed, which other studies have shown can be worse when compared to the general population." 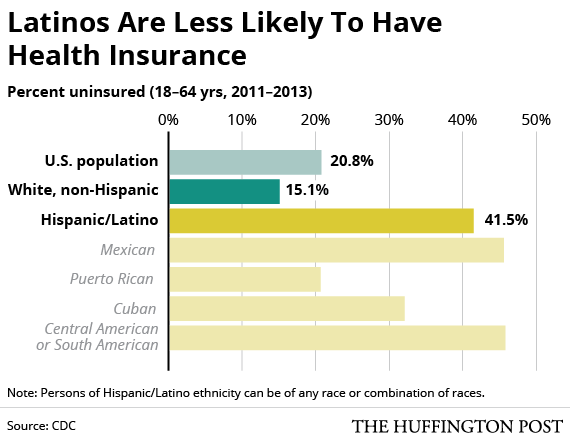 However, Llanes did praise the CDC for their approach toward the subgroups that make up the "Latino" identity. Different nationalities and the fluxes of immigration make the community so much more complex than the monolith the term suggests. For instance, chronic disease rates are lower among foreign-born than U.S.-born Latinos in the country, and different nationalities reported diverse cigarette smoking rates, disease rates and health insurance access. 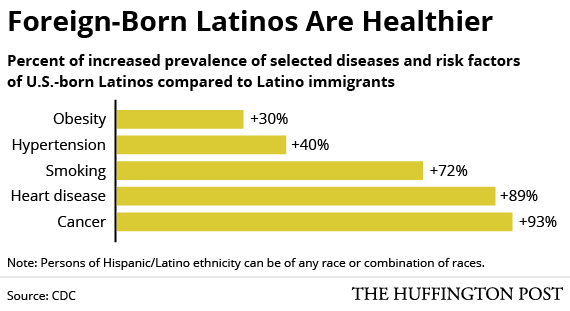 "Latino health is nuanced, as the word 'Latino' encompasses many different types of people and cultures," Llanes said. "Some would argue that these different cultural groups should not be combined and as the report suggests, more effort should be made to understand the risks and outcomes within subgroups."

He also praised the report as a good "first step" in assessing the health of the U.S.’ largest minority group. "Given the increasing number of Latinos in the United States, this is a promising first step to try and understand what disparities exist among Latinos and whites and how we can target our resources to improve Latinos' health and overall quality of life,” Llanes said. 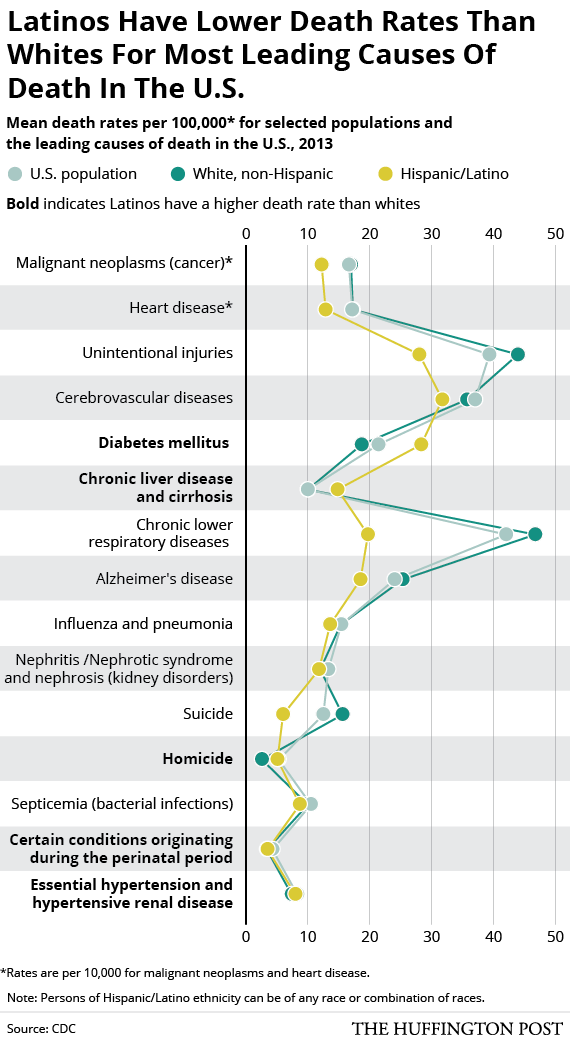