The Latino population is booming across the United States -- and nowhere more so than in the South.

All but one of the top 10 states with the fastest-growing Hispanic populations from 2000 to 2011 were located in the South, with Alabama topping the list, according to data released last week by the Pew Hispanic Trends Project. 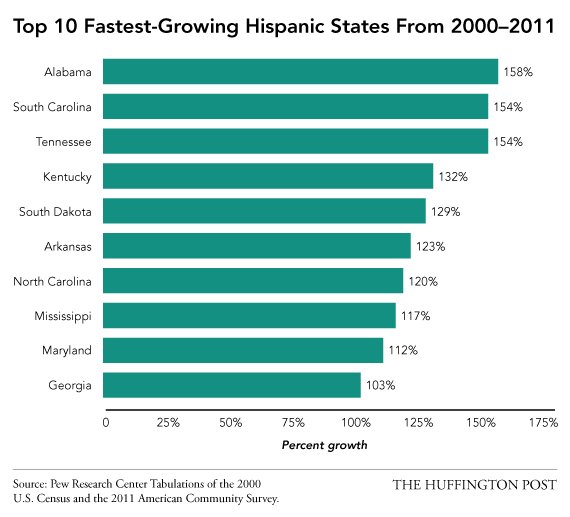 South Dakota was the only state in the top 10 not located in the south.

Not a single state saw its Latino population decline over the period, according to Pew. But it's not clear whether that figure remained true in the period from 2011 until today.

Alabama passed one of the most draconian state laws aimed at cracking down on illegal immigration in 2011, following Arizona's lead. The law prompted an exodus of Hispanic residents, according to The New York Times. Georgia -- the state with the tenth-fastest growing Latino population, with 103 percent -- passed a similar law the same year.

Despite the booming growth in the south, the U.S. southwest remains by far the most Latino region of the country. New Mexico is the state where Latinos make up the greatest share of the population, at 46.7 percent, followed by Texas, California and Arizona. 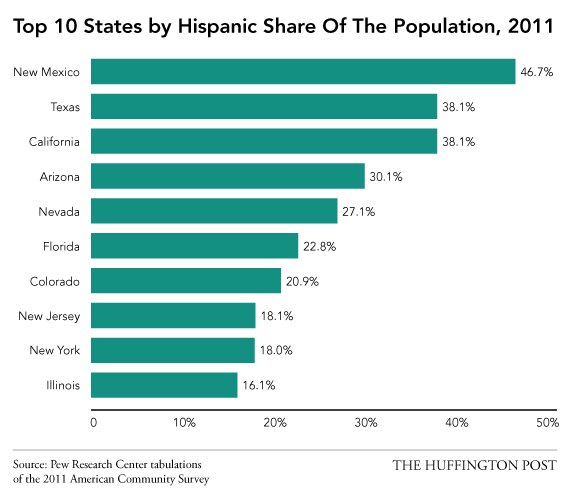 California remains the state with the largest Hispanic population in terms of raw numbers, with 14.4 million -- well over second-place Texas with 9.8 million. 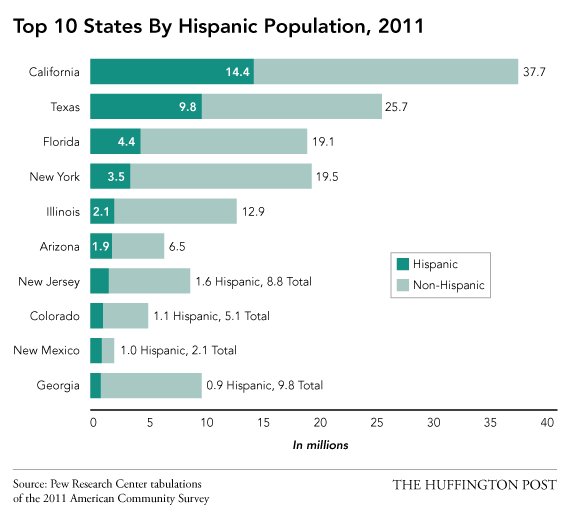 The Pew data is based on analysis of the 2000 U.S. Census and the 2011 American Community Survey.