When it comes to stereotypes of immigrants, whether it's Latinos, Asians or Europeans, look no further than Hollywood. The entertainment industry has doled out dozens of molds of how immigrants are expected to act, depending on their culture and heritage.

While some of these examples may carry some half-truths, many are blatantly over-exaggerated; think Sofia Vergara's Gloria on "Modern Family." Sure, it may seem like there is no harm in portraying Latina women this way on television -- it's all staged, after all -- but the impact of Latino stereotypes on public perception may be more than we expect.

In a recent study about the effects of the public attitudes toward immigrants on U.S. immigration, University of Cincinnati researchers found that Latin American stereotypes have the biggest impact, while perceptions of Asian, European and Middle Eastern people were not strongly linked to immigration.

The 2,150 Ohio phone surveys found that Latin Americans were rated most poorly on five characteristics.

Respondents were asked to evaluate a particular immigrant group and choose between two extremes in stereotypical categories including wealth, intelligence, dependence, conformity and violence (for example: rich versus poor and self-sufficient versus dependent on government assistance). Surveyed callers rated Middle Easterners as poorly as Latin Americas on "violent vs. nonviolent" and "trying to fit in vs. staying separate from Americans," but Latinos were still rated the most negatively across the board.

Respondents were also asked about the "likelihood of five outcomes resulting from immigration" including higher levels of unemployment, lower quality schools, difficulty in keeping the country united, higher levels of crime and a terrorist attack in the U.S.

Those surveyed did not affix their beliefs about Asian, European and Middle Eastern immigrants to the impact on U.S. immigration, however, researchers found, Latino stereotypes were "large and robust, especially regarding attitudes about the impact of immigration on unemployment, school quality and crime."

The study is interesting because of its implication that stereotypes -- those of Latin Americans, specifically -- have a strong impact on immigration debates.

Thus, how Americans view Latino immigrants effects how they feel about immigration policy, and, in this case, Latino stereotypes have a negative impact on immigration, especially on hot-button issues such as unemployment, schools and crime.

“Anyone who follows the public discourse on the current politics of immigration cannot escape noticing the number of times people preface their opinions –- both for and against many different versions of immigration reform –- with the claim to feel positively about immigration in principle, or with a bow to our ‘nation of immigrants’ history,” the researchers concluded in a statement. “However, as our findings show, reaction to immigration is often filtered through attitudes toward the particular characteristics they believe immigrant groups hold. Who ‘they’ are matters.”

The study draws from Ohio poll data in November 2007 and May 2008, provided by the UC Institute for Policy Research. Researchers published a similar study in 2009, but have since updated their findings to include the effects on the immigration debate. The data remains relevant since researchers chose Ohio because of its low immigration levels -- since then, U.S. Census data shows the Ohio immigrant population has increased, suggesting that current perceptions may be shaped not only by Hollywood, but day-to-day life, as well.

Impact Of Latino Stereotypes: Latin Americans Viewed Most Negatively In Immigrant Comparison Study
Anti- And Pro-Immigrant Politics Around The World 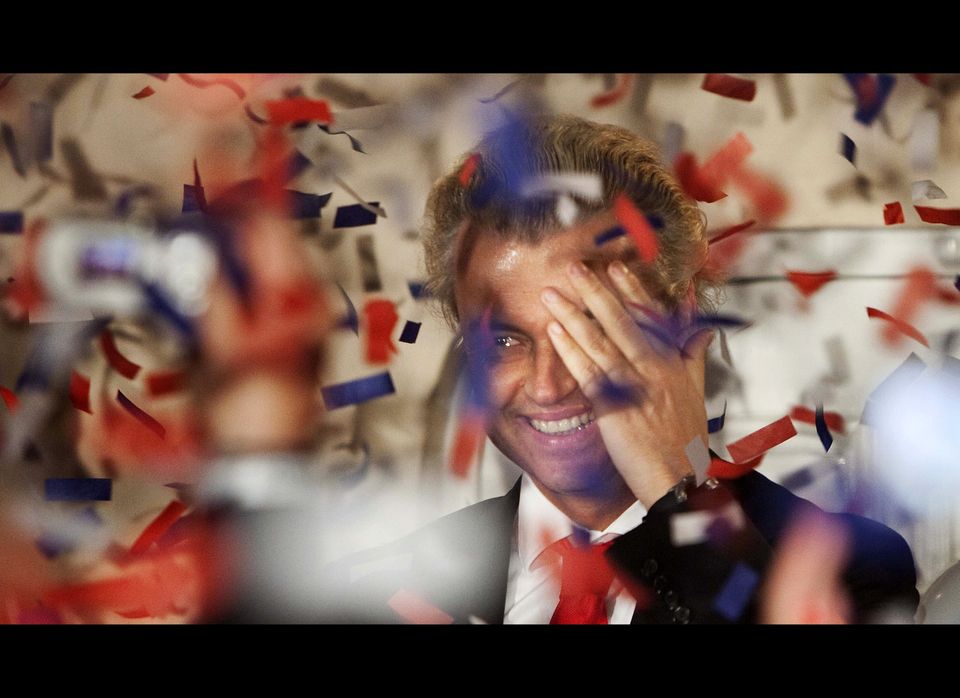