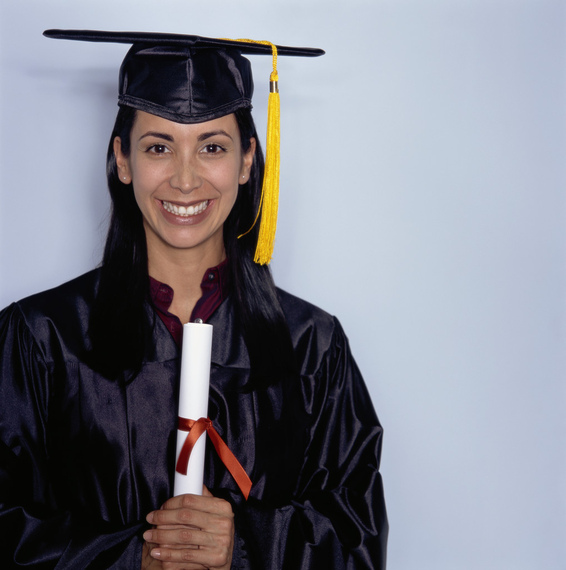 FlickrCC/Spit-Fire
By Cassandra Leyva Gutierrez
For the first time, more Latinos were accepted into University of California schools than their white counterparts. California's nine undergraduate universities accepted 17,589 Latinos, making up about 29% of all incoming students for the fall semester. They accepted 16,378 white students. This rise in the number of Latinos in college is in keeping with national findings from Pew Research, which finds 69% of Hispanic high school graduates in 2012 enrolled in college, compared to 67% of white graduates.

As much as this gain should be praised, the racial achievement gap for Latinos in education still exists. Latino students still drop out of high school more than any other racial group.

One high school student in Oakland decided to research the factors contributing to this high dropout rate. Fremont High School senior, Valerie Panameno, investigated the impact education levels of Latino parents have on the success of their children.

"I found out that (Latino) parents weren't really aware of what their kids were doing," Panameno said. "Even as high school students, they weren't aware that their kids were in school. Some parents didn't understand what the report card system was and more often, they didn't know how important college was."

Last month, Panamero was honored for her Outstanding Civic Engagement Project at a ceremony at Mills College in Oakland.

English teacher Johanna Paraiso attended the event to cheer on Panameno and her other students who were receiving awards. Even though these projects were carried out locally, Paraiso says her students' work is finding a larger audience. "The work that they're doing is actually shared. So we use social media, they use their blogs, so it's no longer about keeping the issues that they're talking about so close to home."

Next year, Panameno will be attending UC Davis, on a full ride. When Panameno visited the campus, she noticed the lack of Latino students. Despite the demographic changes in the UC system, UC Davis is only 3% Latino. Panameno hopes the work she's doing will continue to create more pathways for Latino students into higher education.