This slim and mean volume of punk memoir brought me back to my years on the West Coast, when I befriended filmmakers and musicians from the Bay Area punk scene who'd moved to Portland in 1989, where I was living at the time. They introduced me to the smoldering punk underground that was thriving in San Francisco when they moved back not too long afterward, as Operation Desert Storm terrorized the networks and protests of No Blood for Oil! filled Portland's streets and avenues. 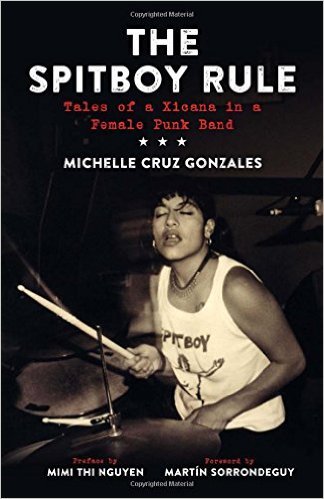 Xicana-identified musician Michelle Cruz Gonzáles joined Spitboy at around that time, an all-female punk group committed to confronting the rampant misogyny plaguing the underground and society in general. Gonzáles takes us back to that exciting development through compelling storytelling, making it clear that her bandmates originated from more privileged backgrounds, what would be a constant source of tension within the group--an invisible and turbulent fault line that fueled their music.

Gonzáles revisits the various factions of the punk rock scene of those years, sects divided by aesthetic, faction and sound, when punks would connect to others based on patches they'd pin or sew onto their clothes or where they bought their records; who they listened to and where they hung out when real-time triumphed, before Wi-fi and smartphones. Her story's central tension is driven by her being Latina in a mostly white male underground, where equality was often trespassed.

I identified with this tale for two reasons: as the grandson and son of struggling Puerto Ricans and Cubans, and for not fitting in anywhere as a bicultural artist who championed experience over the mundane. I also dove headfirst into the underground of those years--as a musician and then as a writer--to seek liberation from the patriarchal strictures that denied me equality and respect as a queer, working-class artist from the Bronx, floating through the music underground as she did. 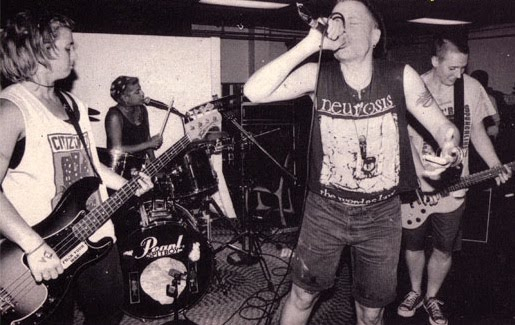 Spitboy would tour the world and meet many of their heroes; falling in and out of love while losing and gaining new members as they did. Gonzáles's raw and unfiltered writing reads with the adrenaline of those times--in your face whether you like it or not. Included in these pages are the moments when Kurt Cobain's suicide broke the airwaves, when punks realized they were growing up and away from an underground slipping quickly toward the Lollapalooza mainstream.

Gonzáles's story is about challenging your obstacles however possible, in tough times before political correctness and policing of speech; when four angry young women came together to play as loud and as nasty as the boys did--who refused Riot Grrrl status and segregation of the genders at their shows. The Spitboy Rule follows the difficult and courageous journey of a young woman who wasn't afraid to venture into a mostly white underground scene, to hold mirrors up to the faces of her worst critics.