A rising new Latina star in Texas politics predicts that the traditionally Republican Lone Star State will turn blue possibly as early as the 2014 mid-term election when she believes Hispanics will help elect a Democratic governor.

State Representative Mary Gonzalez of El Paso says she is convinced that the political mood in Texas is suddenly dramatically different.

“If you had told me two months ago that we would have this much momentum and this much opportunity to capture Texas in the 2014 election, I wouldn’t have thought we could,” Gonzalez said in an interview with VOXXI about what has become Battleground Texas. “But now it’s evident that we can, and that it will be the Latino community voting that will deliver.

“I think this time Latinos know that if they go out and vote it will help our community.”

Gonzalez says a major reason for the political climate change in her state is enthusiasm over Democratic gubernatorial nominee Wendy Davis – and the chance that she could make make political history.

Davis, the state senator whose dramatic filibuster opposing anti-abortion legislation earlier this year thrust her into the national spotlight, has declared her candidacy and has become the darling of Democrats trying to recapture the statehouse.

But the linchpin to make history will be the state’s Latino vote.

Texas’ population is 38 percent Hispanic, but Latinos make up less than one-third of eligible voters in the state. Still, according to the Pew Hispanic Center, Hispanics are expected to make up a plurality of the population by 2020.

Moreover, the population explosion of Latinos in Texas has raised speculation that the Hispanic bloc could help Democrats win control of the state, though most experts think such a dramatic change is still years away.

A large number of Hispanics are either too young to vote or are not citizens and unable to vote. But Democrats like Mary Gonzalez now insist their state is on the verge of a political facelift even before then.

Mary Gonzalez, 29, made history herself last year when she was elected to the Texas House of Representatives from a conservative West Texas district, becoming the state’s first openly LGBT female legislator.

“No one thought that someone like me would get elected, and I think it is an indicator of things that are changing,” she said at the time. “People are now realizing Texas has much more potential to be progressive than anyone ever thought.”

Gonzalez’s own family political narrative attests to that.

She tells the story of a reporter from her hometown newspaper, the El Paso Times, interviewing her father.

“’Mr. Gonzalez,’” she recalls the reporter saying, “’there’s a rumor around El Paso that you’re a Republican.’ And he’s like, ‘That’s not a rumor. I’m a proud Republican’ And she’s like, ‘Are you still proud of Mary?’ And he’s like, ‘Yeah, I’m still proud, but every day I wake up and I ask God, ‘Why is she a Democrat?’’”

Winning the governorship would be a storybook comeback for Democrats who once ruled supreme in Texas but who do not now hold any of the more than two dozen statewide offices.

Jimmy Carter in the 1976 national election was the last Democratic nominee for president to receive the state’s electoral votes.
“But Texas is changing,” says Gonzalez, who believes there are already enough potential Latino votes to turn Texas blue.

For that to happen, though, Latinos will have to be convinced to go to the polls, something they have a long reputation of not doing in Texas.

“I know that for historical reasons many in our community have felt disconnected and haven’t voted in the past,” says Gonzalez. “But I think it’s different now.

“Obviously, if I had my say, it’s 2014 – sooner rather than later. I’m excited about Texas turning blue soon.”

Originally published on VOXXI as Can Latinos turn Texas blue as early as 2014? 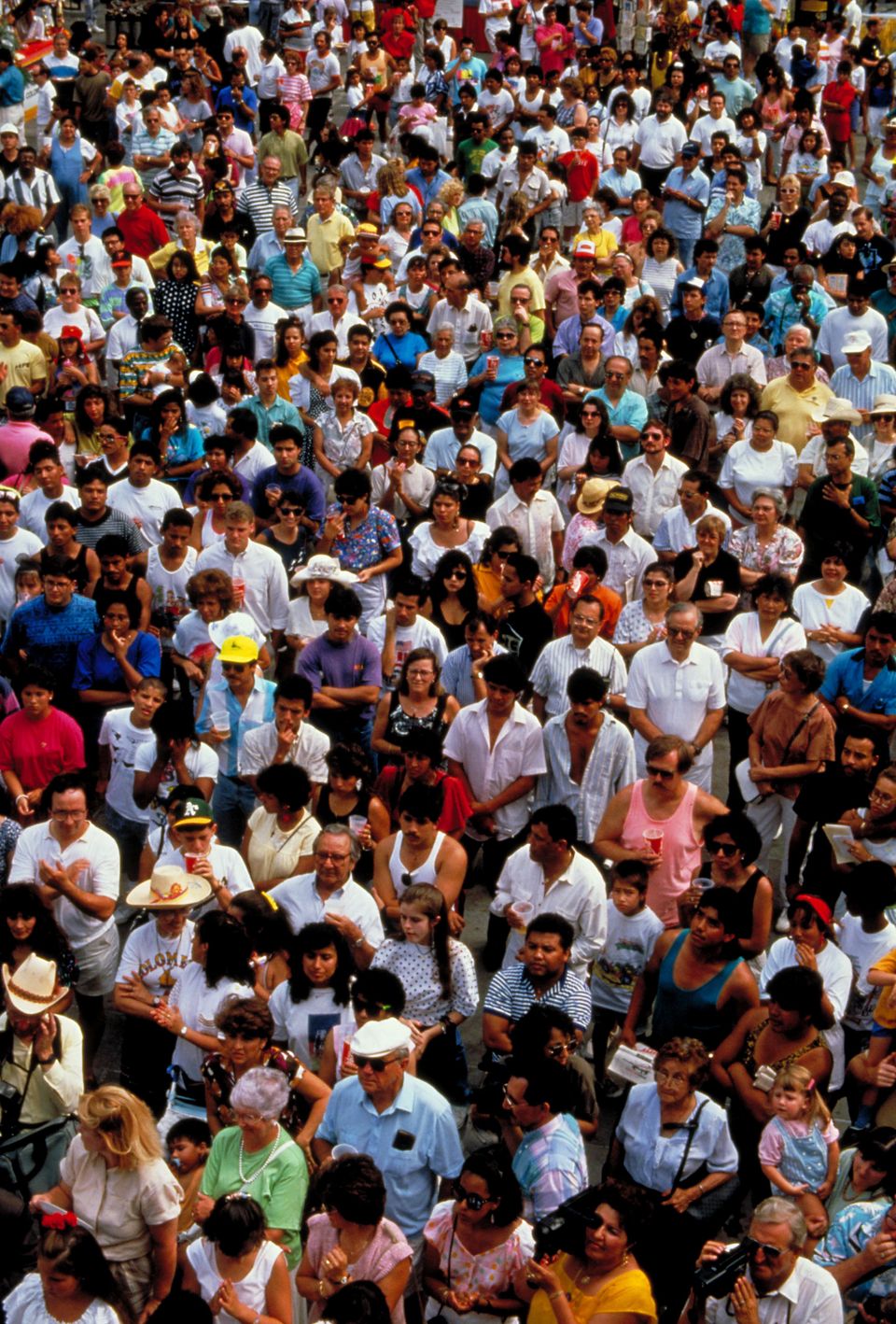