Artist Natacha Bustos’ quiet activism comes in the form of “Moon Girl.” Bustos is the illustrator behind the young Black Marvel heroine, whose intelligence and charisma earned the character a show on the Disney Channel.

In a lot of ways, Bustos and her character are a lot alike. Bustos was the only girl of color in the Spanish town of Torremolinos growing up. She’s Afro-Latina — with roots in Africa, Chile and Brazil — and calls her younger self a “misfit,” surrounded by children who didn’t look like her and tormented her for it. Comic books were an escape for her.

She found solace in the stories of outsiders like herself. But something was missing; so many of the characters in the crammed pages of her comic books didn’t look like her either. So when her career as an illustrator began to flourish, she was tasked with drawing Moon Girl, or Lunella Lafayette, the character she never got to read about as a young girl.

According to Marvel, Lunella is the smartest person in the world, but her teachers and classmates isolate her and underestimate her intellect. It’s a subtle form of discrimination many Black girls experience in the school system outside of the comic book’s universe. Still, readers get to enjoy Lunella’s success and joy, while also bearing witness to real-world systemic issues.

Bustos has gone on to create many inclusive characters for Marvel and DC Comics — characters of different gender identities and disabilities and races. With subdued intent, Bustos illustrates worlds where readers of all backgrounds can feel empowered and see themselves represented. She herself became an icon of sorts to young fans of color, in which she sees her younger self represented.

In a conversation with HuffPost, Bustos explained that she does it for Black and Latinx women like her.

I am still the only person of color I know who works professionally in comics in Spain. Bear in mind that mass migration here is something recent, in the past 40 years, so Spain is still a predominantly white country. Although there are other people of color, it is still rare to see Black doctors, teachers, and — in general — people of higher education. It’s a reality.

How do you handle those kinds of situations and what have you learned from constantly experiencing this?

Fortunately, my profession is the kind that welcomes all kinds of misfits. I think it was worse in my childhood, when children were crueler about our differences. I was very lonely. With age, people matured — and the entry of more immigrants from the ’90s helped. On the street, it was not so rare to see a Black person anymore. Then with the internet and the communication that exists on the networks, people became much more open, fortunately. 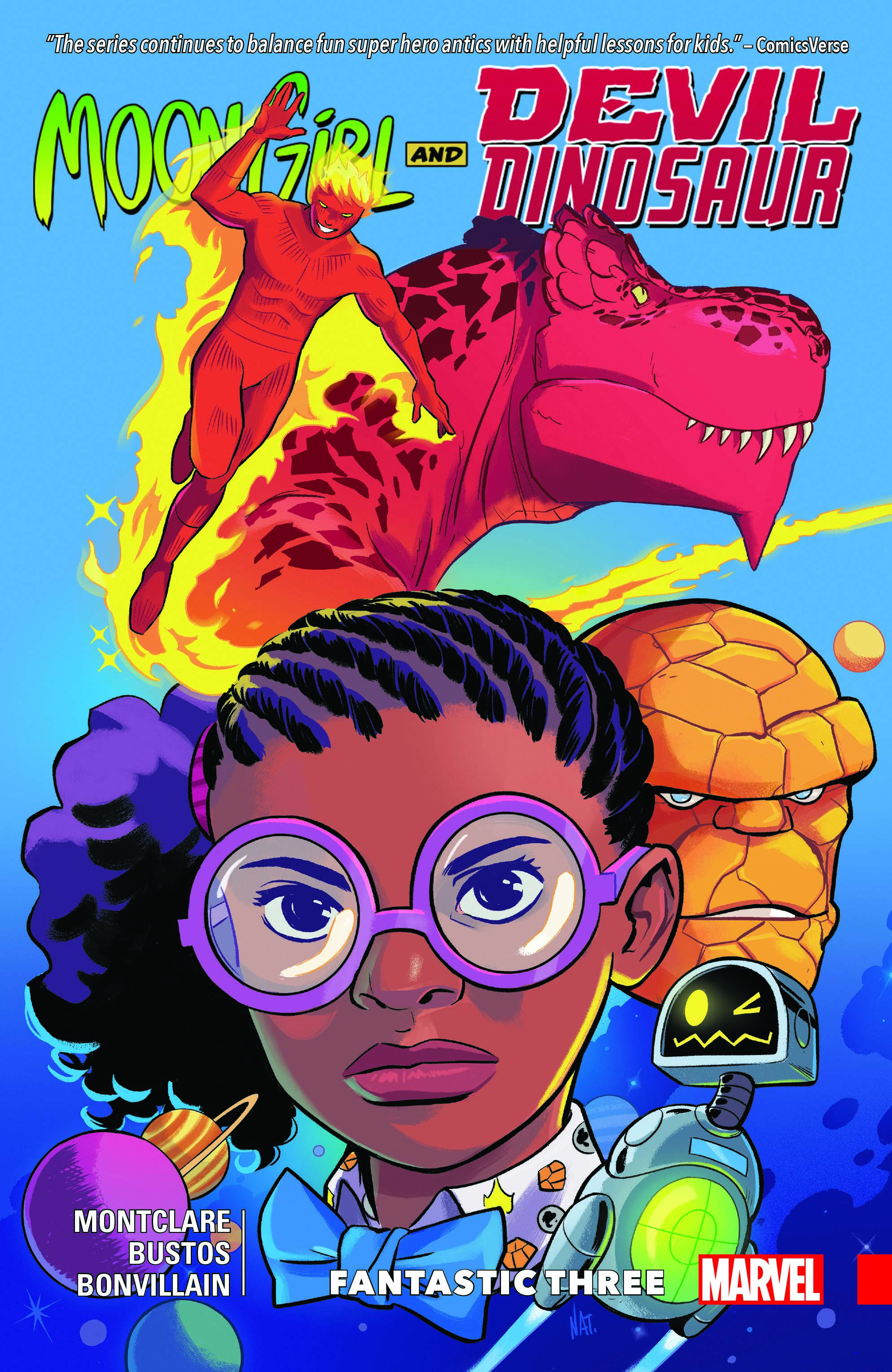 The cover of an issue of "Moon Girl and Devil Dinosaur."

How does your identity as a Black woman with roots in Latin America impact the art you create?

When I am tasked with new projects, I try to give it my personality.

For example, I recently had a commission to draw some characters, where one was Black, one Latino, and one white. I read the script, and I realized that the thing that always happens, happened. Even if the story was trying to be inclusive, with diverse content, the leader of the story is always the white boy. I proposed to change the roles and they accepted. I believe that the small gestures — that is my activism.

Culturally, making our work more visible is important. As a result of Black Lives Matter, on Instagram, many authors shared artistic profiles of Black artists, many of which I didn’t know about before, and their work is great! It’d be interesting if these types of movements were made all year round and not only when something tragic happens.

As you know, comics can be a tool for social justice. Tell us about the work you do for women’s equality and racial representation in the industry and why it is so important to you.

I am part of a collective of Spanish comic authors called Autoras de Cómic. We try to amplify female-created art and authors that have been forgotten and uplift up-and-coming ones. There have also been a couple of traveling exhibitions that have traveled the globe, where we have awarded honorary prizes. But the best part of it is learning about the work of other authors because we have to uplift and recognize ourselves, as women in the industry.

In our industry, as in so many others, there are many more men than women. So we’re met with uncertainty. We must fight and make our work visible to change that. That is why it is so important to raise those voices. 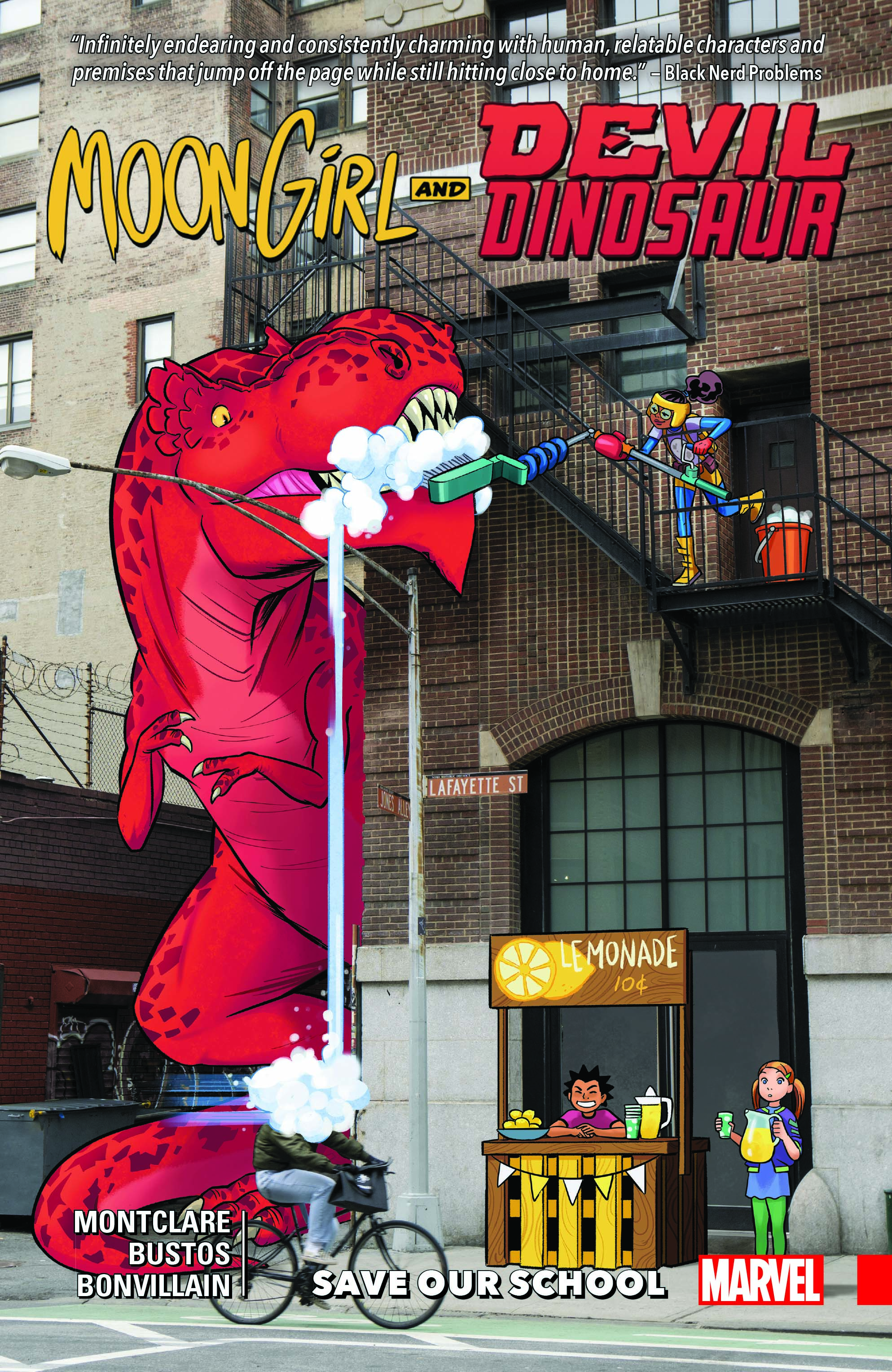 How have you inspired other Afro-Latinas and Black women with your work on the Moon Girl comics?

I am aware that the character has generated a great impact on the Afro community. I have received letters from fans who are very enthusiastic about Lunella, people from all backgrounds. Black girls are probably the ones who have interacted and shared their cosplays with me the most, and it’s always exciting to see their enthusiasm.

What do you want us to know about your work, your identity, and your culture?

Well, I’m a person who doesn’t like to be the protagonist of anything, I really enjoy being in the background, working on my things ... but I also understand that many people are struck by my identity, because of my origins and in some way, I feel that I must show my face in those aspects, to set an example. I know it is important — since, in my childhood, representation is something that I regretted not having. Lately, I try to focus on my art and apply my activism there. 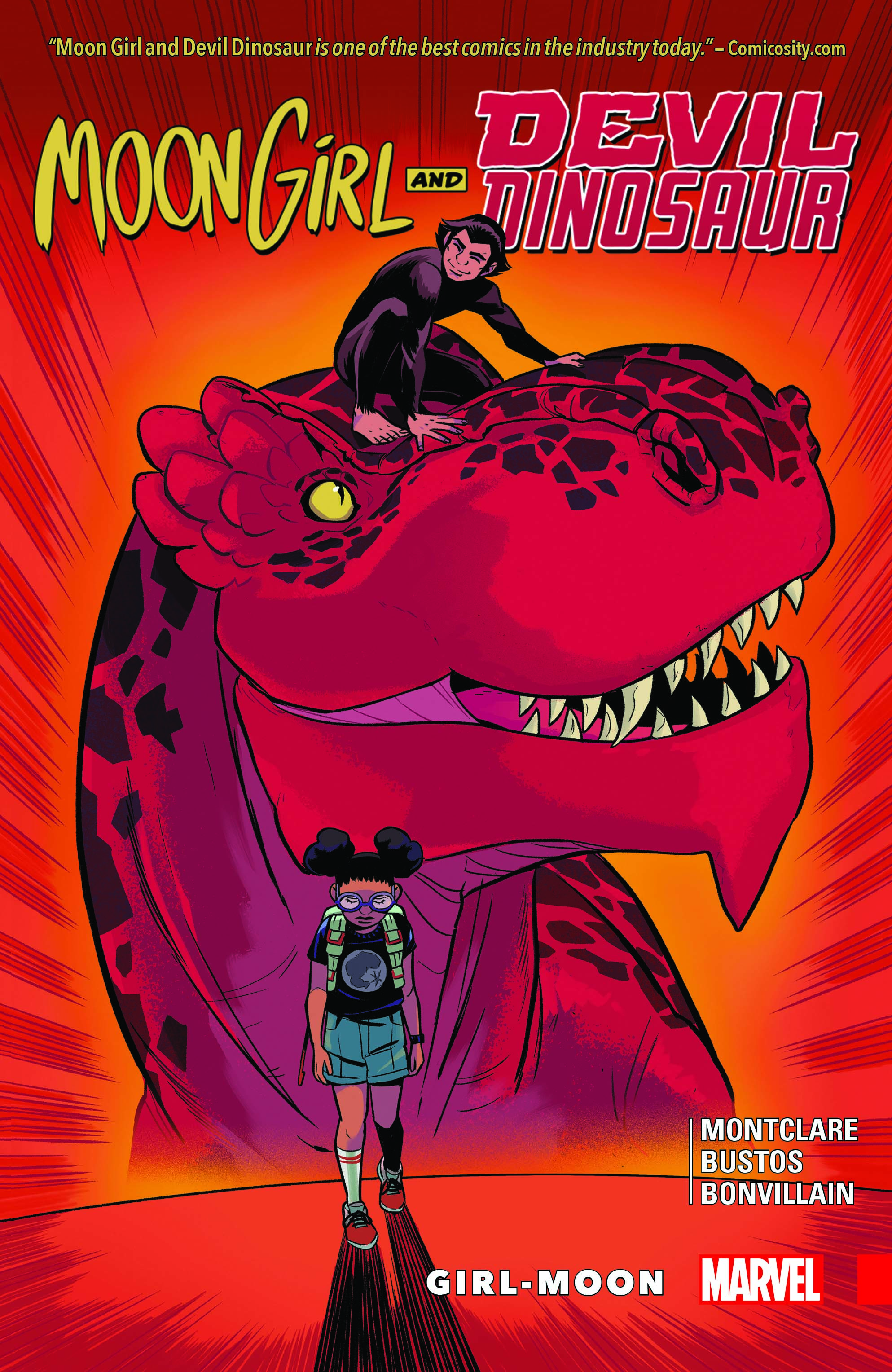 In the United States, sometimes just being a person of color can seem like an act of rebellion. Is there something you would like to say to young fans, who may feel marginalized in society but are inspired by your work in the comic book industry?

If you really like this industry, be persistent, and enjoy creating. The fun part should not be lost in this type of profession. In the beginning, I remember I entered a lot of comic book contests, found hours to draw in between my off-work hours, go to comic conventions, socialize with other young artists, and ask professionals and publishers for advice. Life can present many difficulties and creation is our escape route.

I feel privileged to work on what I like. I know it’s difficult to achieve and I really value where I am now. Sometimes in the industry, there are times when you are tired and you think that everything is exhausting, but deep down, it is worth it since you are doing what you love the most.

There are many other Latinx artists and writers creating characters and stories that reflect the diverse Latinx and Hispanic communities as well. Take a look at some of the creators inspiring the next generation of young readers of color: