Demons, spirit possession, haunted houses...This isn't the typical purview of the Department of Child Services. But when Indiana mother Latoya Ammons reported that she and her three children had been possessed by demons, local authorities stepped in to investigate. What they found was actually quite surprising.

Over the course of investigations that included police questioning, hospital visits and psychiatric evaluations, several authorities confirmed there was something unusual about the Ammons' case.

"Twenty years, and I've never heard anything like that in my life. I was scared myself when I walked into the room."

These are the words of Dr. Geoffrey Onyeukwu, the family physician who evaluated Ammons and her three children. He spoke with the Indianapolis Star about his "bizarre" encounters with the Ammons.

The family came in complaining of 'demon possession,' which they said involved hearing voices, seeing wet footprints in their house where no one had walked and even levitation at one point.

Ammons consulted with local churches and clairvoyants, saying she had poured olive oil on her children's hands and feet at the recommendation of one church.

In most cases, a doctor would likely diagnose this as "hallucinations" and "delusions," and that's exactly what Onyeukwu did -- at first.

According to a Department of Child Services report, however, medical staff at the physician's office said they witnessed one of the children being lifted and thrown against the wall without anyone touching him.

The report also includes many accounts from both mother and children stating they had been attacked by ghosts and visited by spirits in the night. Ammons' two sons exhibited violent behavior, as well, that involved "growling," choking one another and head-butting their grandmother. The report noted that the boys had acted out violently in public, "but especially with the mother present."

Nonetheless, the case reached its tipping point when, according to hospital personnel that apparently witnessed the act, one of the sons "walked up the wall backwards" and "flipped over and landed on his feet." The children were thereafter removed from their mother's care.

The family eventually moved (and the children were returned to their mother), and the owner of the supposedly 'possessed' house reported no other tenants had complained. But police captain Charles Austin who visited the family during investigations told the Indianapolis Star the experience had converted him into "a believer" in ghosts and demons. 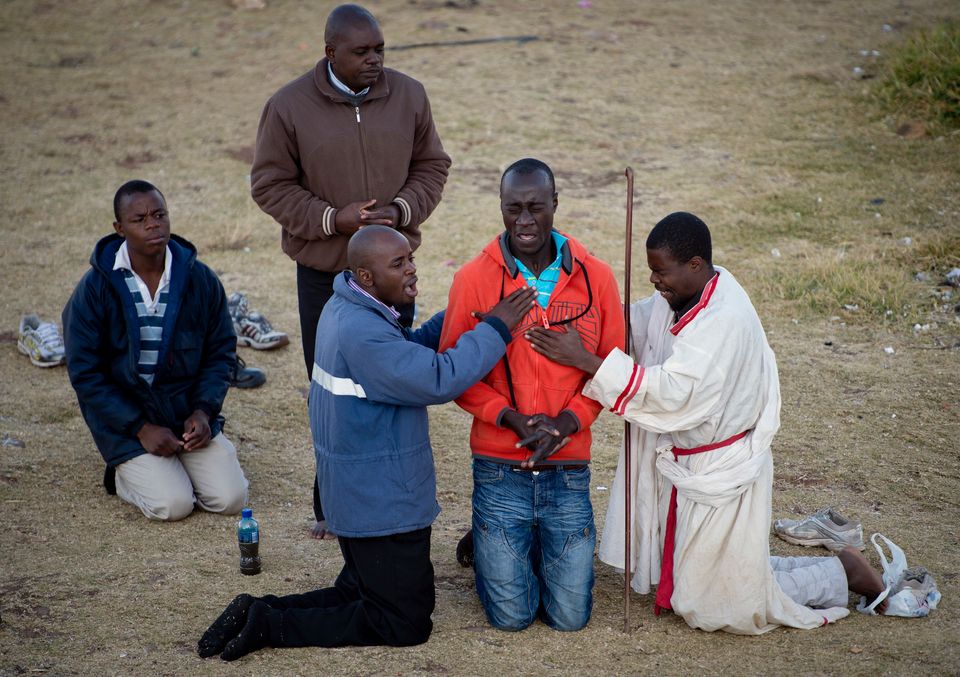 1 / 8
Worshippers from a Baptist church perform exorcism on a congregation member in the Hillbrow neighbourhood overlooking down town Johannesburg on June 30, 2013. (ODD ANDERSEN/AFP/Getty Images)
Getty Images