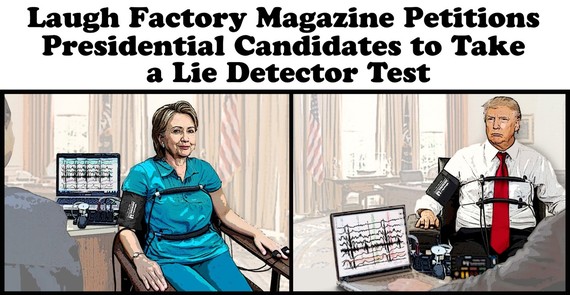 Jokes are funny things. When they first appear they amuse or shock, and eventually they tire. The Washington Post recently resurrected and rejuvenated an old joke. It goes like this: "How can you tell if a politician is lying? Their lips are moving."

At one time, that was a yuk-yuk type of joke that a comic might say and move on; now it seems to encapsulate the whole election. Since opening the Laugh Factory in 1979, I have seen 10 presidential elections and I can usually tell which candidate will win based on how the audience reacts to the political humor. However, this election is one of the weirdest I have ever witnessed. It seems like nobody trusts either of the main candidates. I don't know what the polls are saying, but the laughs are telling quite a story and "their lips are moving" reverberates all over again.

We have both candidates called out for either stretching the facts or stretching the truth. A recent column by Nicholas Kristof in the NY Times captures the mood perfectly: "If Clinton declares that she didn't chop down a cherry tree, that might mean that she actually used a chain saw to cut it down. Or that she ordered an aide to chop it down. As for Trump, he will insist, 'I absolutely did not chop down that cherry tree,' even as he clutches the ax with which he chopped it down moments earlier on Facebook Live."

This is the first election where the majority of Americans do not like - and do not trust - either of the candidates. The Washington Post continuously fact checks their statements and each are receiving 4 Pinocchio's for various utterances. As Americans, we need to know the truth. If you want to be president, you have to level with the American people.

Here is a recent exchange between Scott Pelley of CBS news and Secretary Clinton:

PELLEY: You talk about leveling with the American people. Have you always told the truth?
CLINTON: I have always tried to.
PELLEY: Some people are going to call that wiggle room that you just gave yourself 'always tried to.' Jimmy Carter famously said, "I will never lie to you."

And if you think Secretary Clinton is bad, a recent study by Politifact found that 70% of Donald Trump's statements are false.

In November, we will make our choice. My guess is that most of us will make this choice based on who we feel is the lesser of two evils. This is no way to decide who will become what is called the most powerful person on the planet.

I think it is very obvious to all of us that we must do something, and I propose a very simple solution to this massive problem. I invite Secretary Clinton and Mr. Trump to each take a lie detector test, given by an expert and broadcasted nationally. I mean Dr. Phil uses it to determine if his guests are lying. Why not use it on the politicians?

In fact, maybe they should be hooked to the detectors during the first debate. The country and all its citizens deserve this. Over 300 million Americans deserve to know the truth. Then and only then, can we listen to their policies and really know what they think, believe, and plan to do.

The questions could be simple and varied.

Are you prejudiced towards minorities, especially Mexicans and African Americans?

Do you think women have a right to determine whether or not they will give birth?

Are you really going to build a wall? How does Mexico pay for it?

Is it true you took over $250,000 from a University because "that's what they offered"?

Why don't you release the transcripts of what you told Goldman Sachs and other Wall Street employees when they paid you millions of dollars for an hour talk?

Why did so many countries and individuals contribute to the Clinton Foundation before requesting assistance?

This will expose the politicians and I would go even further and say anybody who wants to run for any elected office should be held to this new standard. We as Americans have the right to know the truth about who we chose as our leaders. We deserve the truth and I hope you all get behind this and insist that it happens. Click on this link and sign this petition. This is the only way I can see us having a chance of making sure our country heads in the right direction with honest and trustworthy people as its leaders. 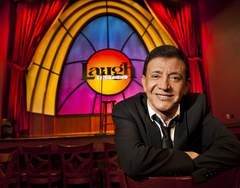