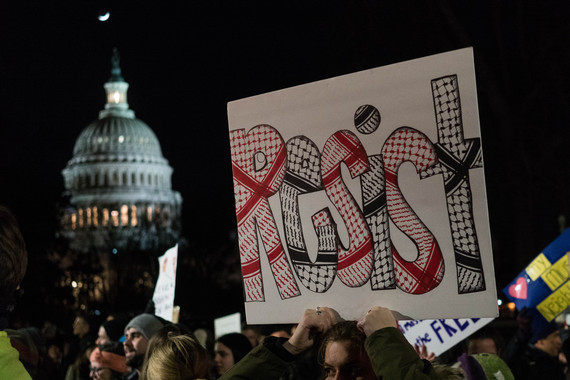 What does the image of the Grim Reaper, aka Death, have to do with comedy and resistance? Quite a lot, it turns out. Profound comedy can chase away the shadows and provide energy to keep resisting.

The long-running show Saturday Night Live is bringing the comedy that is so essential today for the growing American resistance movement against widespread attacks on our constitutionally protected rights.

Shutting down the freedom of the press was just tackled by Melissa McCarthy who played Sean Spicer to an eerily perfect pitch.

But it was Alec Baldwin as Donald Trump being advised by Stephen Bannon played by the Grim Reaper that really brought the theology.

I laughed until I cried. And I cried because I laughed. It was a personification of the dangerous ideologies in this administration that we must resist.

My faculty colleague at Chicago Theological Seminary Dr. Phil Anderson, used to teach a class called "Humor as Healing and Grace." The premise of the class was that the world hurts and harms us so much that finding the funny, finding the humor, is crucial for finding a spiritual center and healing from these wounds.

This is a profound truth and one very much needed in these times. Comedy is essential to exposing and healing the true soul poison of the constant barrage of hypocrisy and dangerous extremism of this current administration and sustaining resistance.

Though it is actually never recorded in scripture that Jesus laughed, the Gospels do say that he cried. The Buddha, on the other hand, is said to have laughed all the time. In between these religious poles lies the truth of the human condition. There is plenty of cause for mourning in human life, but sometimes the best thing you can do to puncture you own inflated sense of self-worth is to laugh. Jesus and the Buddha knew about good and evil--and that makes laughter and tears part of the same religious response.

Laugh as much as you can. We have a lot of resisting left to do.