Humans aren't the only cargo Virgin Galactic is planning to take into space.

At the Farnborough International Airshow in southern England on Wednesday, Sir Richard Branson, the founder of Virgin Group, announced the company's plans to build LauncherOne, a low-cost satellite launch vehicle that will put satellites into orbit, the Associated Press reports.

In a video posted on Virgin Galactic's website on Wednesday, Branson extolled the virtues of the smaller and more powerful satellites that have developed over the last few decades, but also lamented "the old and inefficient method used to get satellites into orbit."

Enter LauncherOne, a two-stage rocket. Like the six-passenger SpaceShipTwo that will to carry people on suborbital missions, LauncherOne will be air-launched from the belly of the twin-fuesalge WhiteKnightTwo mothership.

According to press materials from the company, LauncherOne will be able to carry a payload of up to 500 pounds, and will cost under $10 million.

Reuters reports that LauncherOne will begin testing in 2015, and is expected to be operational the following year.

"I'm immensely proud of what we have already achieved as we draw near to regular suborbital flights on SpaceShipTwo," Branson said in a statement from the company. "Now, LauncherOne is bringing the price of satellite launch into the realm of affordability for innovators everywhere, from start-ups and schools to established companies and national space agencies. It will be a critical new tool for the global research community, enabling us all to learn about our home planet more quickly and affordably."

Virgin Galactic said that four companies have already committed to using the rocket and put down deposits. The Telegraph reports that asteroid mining company Planetary Resources, whose investors include filmmaker James Cameron and Google chairman Eric Schmidt, is among those companies.

Virgin Galactic also announced on Wednesday that 529 people have signed up for trips aboard SpaceShipTwo, which exceeds the total number of people who have traveled to space thus far in human history.

To read more about Virgin Galactic and SpaceShipTwo, click over HuffPost Travel. 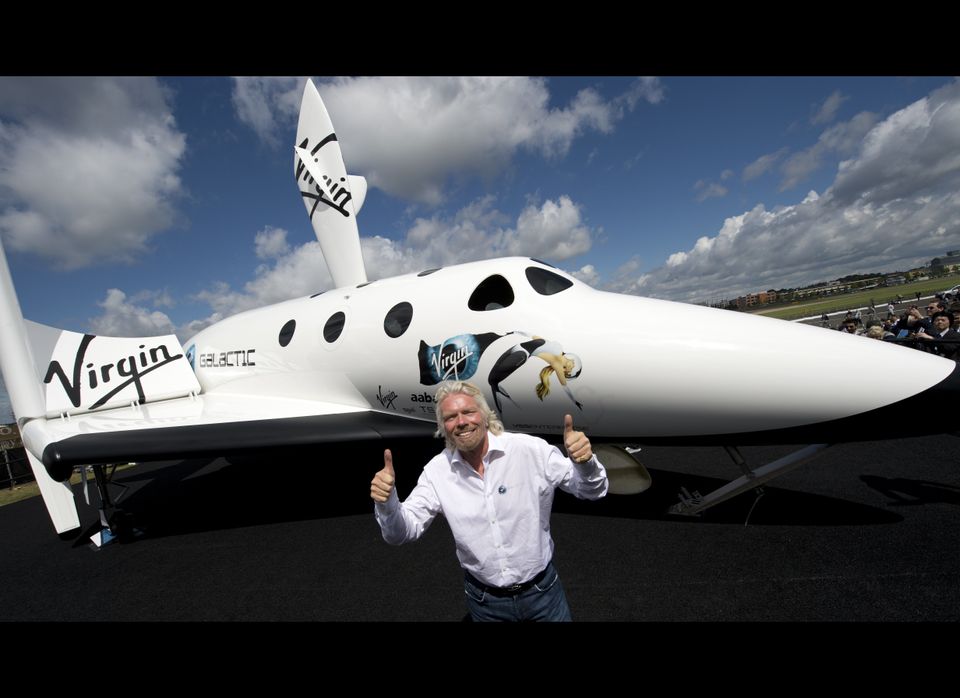 1 / 9
British billionaire Richard Branson poses in front of a model of the Virgin Galactic, the world's first commercial spaceline, at the Farnborough International Airshow in Hampshire, southern England, on July 11, 2012. (ADRIAN DENNIS/AFP/GettyImages)
Getty