When laundromats, like bodegas, begin to disappear from a New York City neighborhood, it's often a surefire sign of gentrification.

The Snorri Bros.-- two Icelanders, Eiður Snorri and Snorri Sturluson-- decided to focus their lens on these almost ubiquitous storefronts in their new book, Laundromat (powerHouse) before more of the small, mom-and-pop shops begin to disappear from the city's blocks.

Snorri Sturluson described his experience shooting the project to Life+Times:

"The most interesting thing I saw was that gentrification kills laundromats. There are no laundromats in [New York City neighborhoods] TriBeCa, the Financial District and Battery Park City. They are disappearing in [Brooklyn's] Williamsburg, the LES and other places that are gentrifying. Once the flow of money into a neighborhood goes up and the average income level of the inhabitants rises – the need for laundromats diminishes. These people either drop their laundry off at the cleaners or have laundry facilities in their renovated or newly built condo buildings.

Check out some of the Laundromat photos below.

Laundromat will be released in March of 2013. You can buy a copy here. 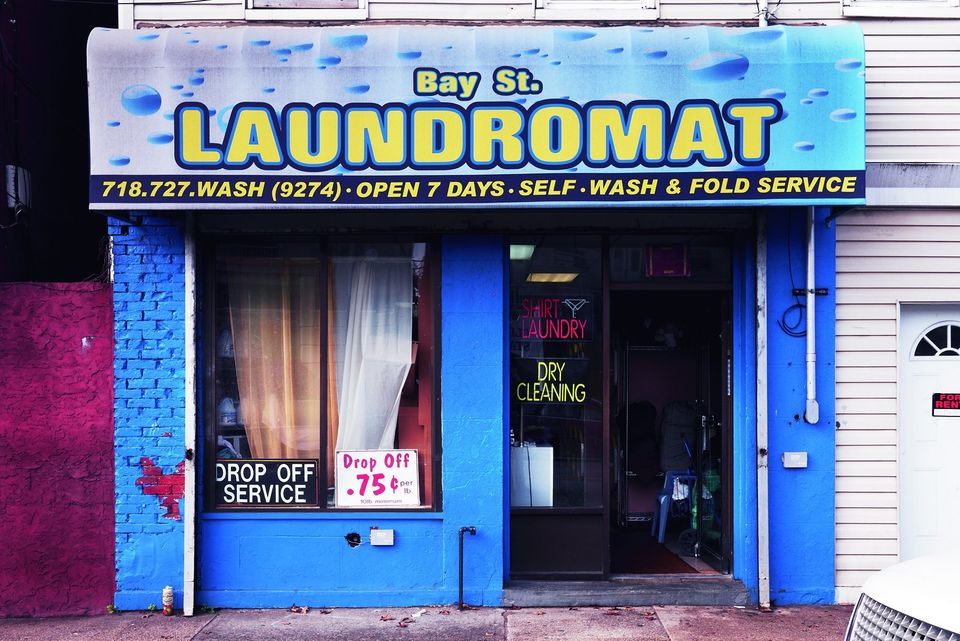 1 / 11
Laundromat
From <em>Laundromat</em> by The Snorri Bros., published by powerHouse Books