Welcome to the world of the moko jumbies, the guardians of a stilt-walking tradition that originated in West Africa and migrated to the Caribbean hundreds of years ago. Their talents have been seen at Carnival celebrations in places like Mexico and Trinidad and Tobago, as well as contemporary heritage events celebrating African and African-Caribbean culture in the United States.

You know the moko jumbies when you see them -- whether they're dressed in oversized zoot suits or adorned with vibrant tapestry-like robes, they travel via massive stilts, reaching up into the heavens at heights of 17 feet tall. 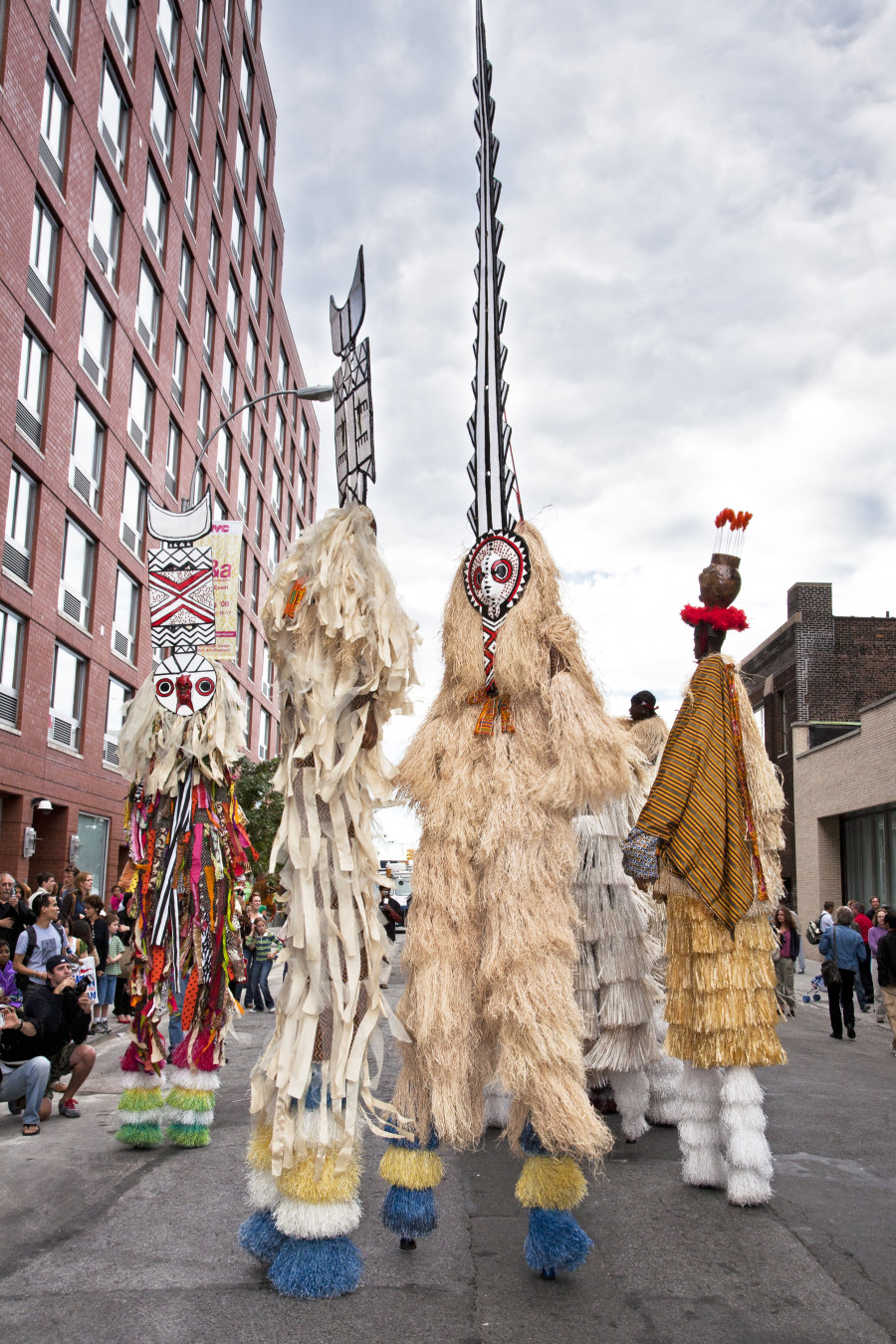 Artist Laura Anderson Barbata has drawn our attention to the international stilt-walking community in a project titled "Transcommunality." On view at Brooklyn's BRIC, the exhibition pays homage to a beautiful and seemingly bizarre practice steeped in history and spirituality.

The term "moko jumbies" combines what many have interpreted as a name for an African deity, Moko, and the West Indian word for "spirit," jumbie. Taken together, the two concepts have amounted to a centuries-old art form consisting of extravagant costumery and gravity-defying dance, in which individuals mime the movements of a towering, protective god. A staple of Carnival-esque gatherings, the stilt-walkers passed on their talents to new generations for years in cities like Port of Spain and Oaxaca.

The practice all but fizzled out, however, in the early 20th century, and wasn't truly revived until the 1980s, when a group at the Keylemanjahro School of Arts and Culture in Cocorite, Trinidad and Tobago resurrected the lavish mode of performance. They weren't just mining the past -- they used stilt-walking as a means of keeping young students and individuals off the streets of Port of Spain, urging people to bring the moko jumbie dances back to life as a community endeavor. Ten years ago, the project caught the eye of Anderson Barbata, and "Transcommunality" was born. 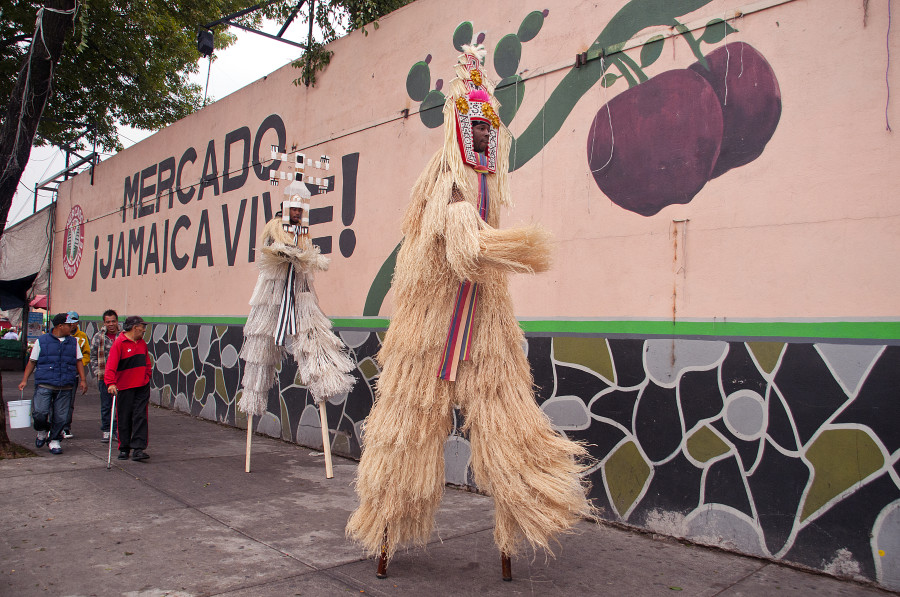 Mexican-born Anderson Barbata not only photographed and filmed the gorgeous moko jumbie performances, she also immersed herself in their world, working with the Keylemanjahro School and the broader creative world to bring awareness to the sublime slice of bygone culture. "The knowledge of what others are living through opens our eyes and expands our conscience," she writes in a description of her work. "And this awareness and experience allows us to identify with others and also brings us closer to our own voice, so that we can ask ourselves: What do I think? What is my responsibility? What can I do?"

The BRIC exhibition includes textiles, sculptures, photographs, and video, pulled together to reveal the potential for stilt-walking to function as a form of story-telling and protest in modern settings. Think New York City, home of the Brooklyn Jumbies. Feast your eyes on a preview of the show below and let us know your thoughts on the collection in the comments.

"Transcommunality: Laura Anderson Barbata, Collaboration Beyond Borders" will be on view at BRIC House in Fort Greene until August 31, 2014.