A woman pleaded guilty to throwing her kitten in the microwave for more than a minute because she thought it "attacked her goldfish."

Laura Cunliffe, 23, of Hoyland in Northern England, admitted Friday to putting four-month-old Mowgli in the microwave and turning the machine on, BBC reports. Mowgli died about an hour-and-a-half later from breathing difficulties.

"It is a particularly horrendous case because the period of suffering for the kitten would have been awful," Lynsey Harris, an inspector for the Royal Society for the Prevention of Cruelty to Animals (RSPCA), told The Mirror.

"The kitten was about four-months-old and the exposure to the radiation in the microwave would have cooked the animal's internal organs and that will have been pretty horrendous."

During the September incident, Cunliffe flew into a rage because she thought the kitten "attacked her goldfish," she told the court. The poor kitten died as Cunliffe took it to a relative's home for burial.

The RSPCA released an EXTREMELY GRAPHIC photo of Mowgli shortly after death, which can be seen below. 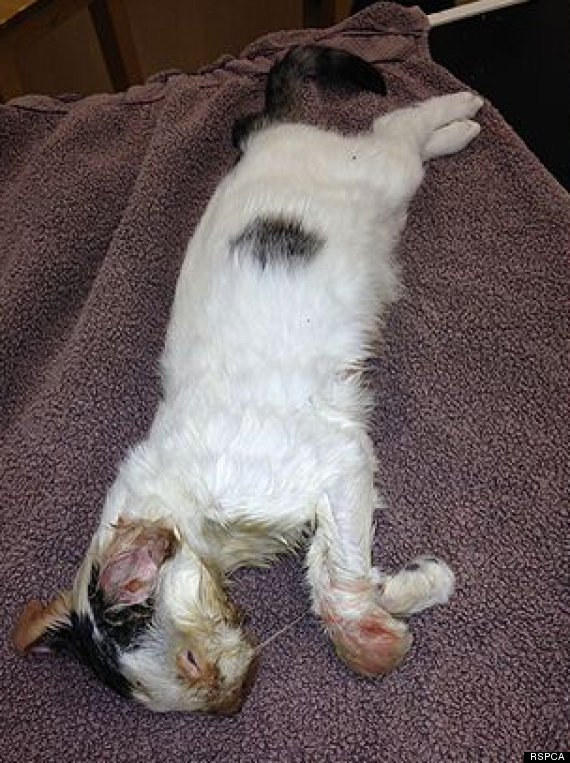 Cunliffe, who has a history of mental illness including psychosis and depression, will be sentenced in March.