Recently I was surprised to meet Miss America following her rousing speech on the rights of prisoners and their families to a particularly well-heeled crowd at the church-turned-ballroom known as 583 Park Avenue. The event was The Osborne Association's 2012 Annual Lighting the Way Breakfast. Although I have heard of the organization through its treasurer, Victor Germack, I attended to see how 'Osborne transforms lives, communities and the criminal justice system' and I was enormously impressed -- as were, it seemed, the other 700 prominent New Yorkers in attendance.

Miss America 2012 Laura Kaeppeler, whose father went to prison when she was a teenager, shared her experience as a child of an incarcerated parent and the pain and sadness she felt, as well as "emotions of isolation and anger due to the vast publicity this situation was given in my home town." We also heard from Donovan Clark who was devastated after his mom was sent to prison several states away. 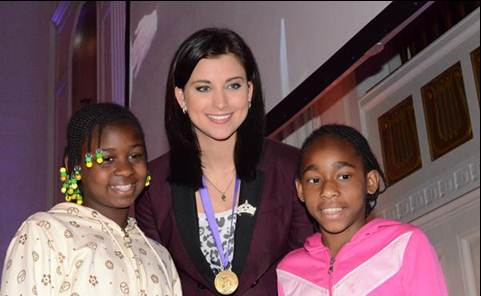 "I was a 14-year-old boy when my mom was arrested and taken away from me. I was confused and hurt and didn't know why any of this was happening," said Donovan. "Today, I'm 17 years-old. In two weeks, I'll graduate from high school and will attend City Tech College in the fall. Now I have a full-time mom, with a great job, and my queen in my presence every day."

At the Osborne Association, a nonprofit organization that serves over 7,000 currently and formerly incarcerated individuals and their families each year, Donovan was able to meet other youth who had experienced the same painful separation, and has participated fully in Osborne's Children and Youth Services since he came to the program in 2010, after his mom suggested he check it out.

This riveting and informative video aired at the breakfast -- a must-see video.

I have been a part of some great life-changing programs at Osborne. Through the Youth Advisory Board I learned to stand up and advocate for myself. In Teen College Dreams they guide and motivate us to get into college and prepare us to succeed. Osborne also connected me to a wonderful internship at the store, A Time for Children. Osborne taught me that young people do have a voice and can make a difference. 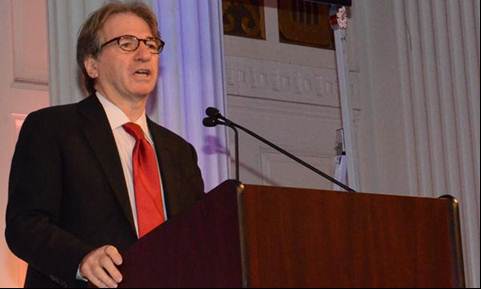 Also taking the stage was Barry Scheck, co-founder of the Innocence Project, an organization that uses groundbreaking DNA technology to overturn wrongful convictions. Ana Oliveira, the head of the New York Women's Foundation and trailblazer in the social services arena, emceed alongside these two renowned advocates. 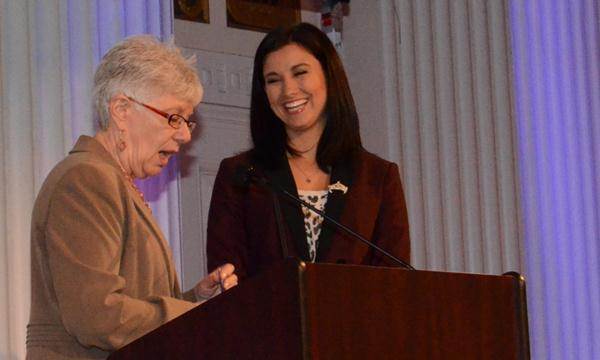 In a statement by Laura after her crowning as Miss Wisconsin in 2011, she announced, "Children of incarcerated parents are an invisible population, and tragically there is no one agency responsible for their welfare. Because of this experience, it has become my mission in life to help children overcome this adversity while understanding they are not alone and must never give up on themselves."

Because of Miss America's personal experience, she has joined forces with leaders in the criminal justice field all over the country -- including the Osborne Association -- to give a voice to the 2.7 million children in the U.S. with a parent in prison or jail. Miss American 2012 courageously decided to use her national platform to mentor and inspire children who have experienced this traumatic separation. 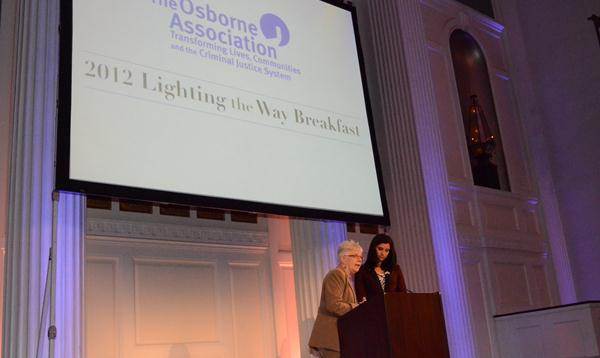 Laura's family decided collectively to embrace the cause and to spread awareness about this painful topic to a broad, national audience -- while sparking hope in the lives of so many children who often struggle with stigma and shame. With 2.3 million men and women behind bars, the U.S. has the highest incarceration rate in the world -- more individuals are incarcerated than the top 35 European countries combined. 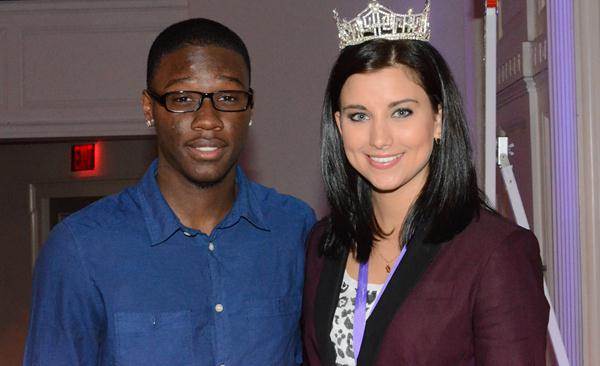 The Osborne Association, an 80 year-old nonprofit that has pioneered programs that empower individuals with current or previous involvement in the criminal justice system to lead positive, healthy and productive lives, and to deepen connections to their families and communities. For the last 30 years, Osborne has also led a movement to address the well-being of the children and family members who are left behind after a loved one is incarcerated.

As Osborne's Executive Director Elizabeth Gaynes stated, "Parents, even from prison, can provide children with the love and support that all children need as a foundation for future success. And people in prison who stay connected to their families are far more likely to succeed upon release. Programs and policies that enable parents in prison to make, mend and maintain relationships with their families are good for children and good for society."

Founded by Thomas Mott Osborne, known as the "pioneer and prophet of prison reform," the Osborne Association has an 80-year history of leadership in working with currently and formerly incarcerated men, women, and children and families affected by the incarceration of a loved one. We are known for developing effective programs that offer a broad range of treatment, education, family and vocational services to more than 7,000 people each year. 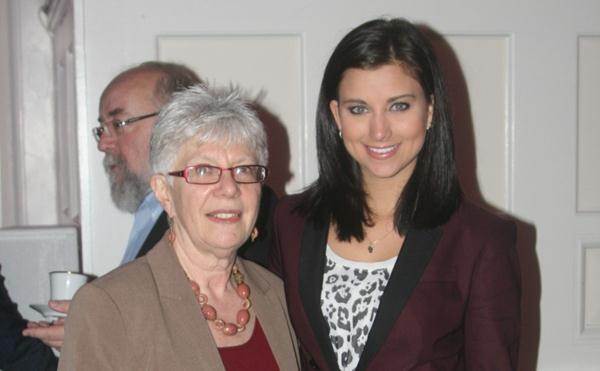 As the oldest and most experienced organization in New York State serving men and women involved with the criminal justice system, Osborne operates at several sites throughout the state, including the Bronx, Brooklyn, Beacon, Poughkeepsie, Rikers Island, and in more than 10 state correctional facilities.

The Osborne Association offers opportunities for individuals who have been involved in the criminal justice system to transform their lives through innovative, effective, and replicable programs that serve the community by reducing crime and its human and economic costs. We offer opportunities for reform and rehabilitation through public education, advocacy, and alternatives to incarceration that respect the dignity of people and honor their capacity to change. They are located in the South Bronx. 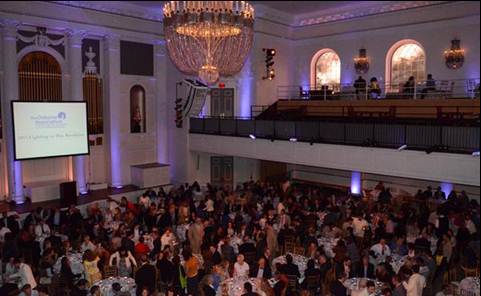 Attorney Elizabeth Gaynes, Executive Director of the Osborne Association for the past 27 years, is a nationally-recognized expert on criminal justice policy. In 2004, she along with her daughter Emani Davis, was the first American nominated for the World's Children's Prize for the Rights of the Child, for their work defending the rights of children with parents in prison. 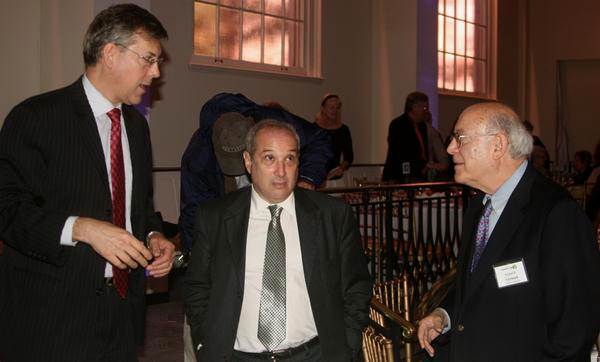 The author with guests at table of Victor Germack (r.). Photo: Stewardship Report.

I thank Victor Germack for having introduced me to the Osborne Association. I remember my friend three decades ago -- Rev. Bill Weber at New York Theological Institute -- explaining to me why working in our prisons was vital to his calling. Thirty years later I understand what he told me that much better. Don't let it take 30 years for it to sink in with you. Thanks to The Osborne Association and its dedicated staff and volunteers, families connected to our prison system have a better chance of moving up and on with their lives. 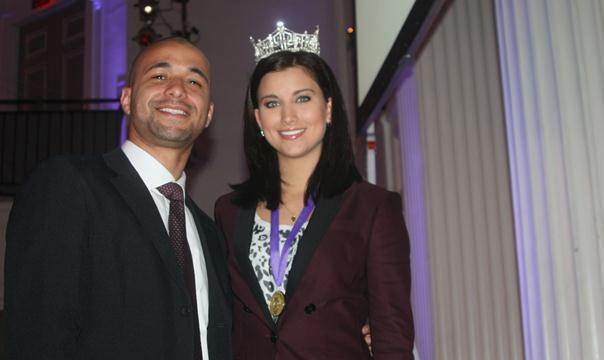