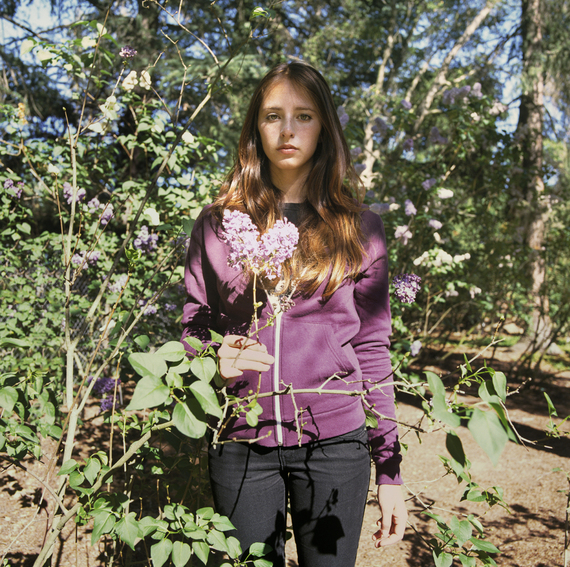 Photographer Laura London has a mantra. "Personal, universal; observation, imagination." Her most indelible images are animated by the meticulous and intuitive calibration of these dynamic dualities. From narrative symbolism to technical pragmatism, at every level London's choices deftly merge the aesthetic and moral zeitgeist in which she is working with phenomenological fantasies of her own design.

London's new series comprises a video work with audio; as well as photography, in an eight-part portrait series in two folios plus a triptych. In both content and meaning, as well as technology and technique, these images represented a re-examination and directed evolution of her iconic celebrity-culture critiques of 2000-2012 and the series of work exploring teen identity from 1995-1999. While those works took aim at the perverse and pervasive influence of celebrity through the prism of the American teen-ager, in 2015-16, the new problem is selfie culture, and its new face is the Millennial. 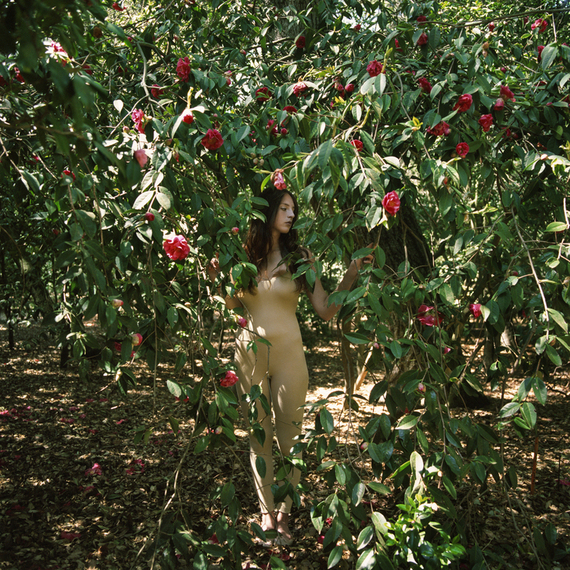 But London's work is about both how society is and how society looks (in magazines then, on mobile screens today), so matching that look is an essential part of the message, a metaphor and a metonymy in which the images both depict and embody the whole proposition in their very forms. It's a negotiated aesthetic, one which recently saw London on a self-described "six-year learning curve" due to the vagaries of an industry which regularly discontinues camera models and inconveniently conflates her favorite film stocks. She has however experienced this as a kind of blessing, a chance to relearn her craft in a way, and the resulting intimacy shows in the new work. "Life is film school forever, why not learn on something you care about?"

And London really is a filmmaker -- which is to say that even though her medium is still photography, she personally attends to everything from location scouting to casting, acting as stylist, grip, director, and finally camerawoman, in pursuit of a holistic and vertically integrated vision. She is one of those photographers who is dedicated to shooting film, particularly medium format, and as such it's worth noting that both the classic Hasselblad and Rolleiflex cameras used a square format long before Instagram made it ubiquitous. Her 30 x 30 archival pigment prints are thus both technical and conceptual.

The gallery installation will feature four color photographs facing off across the space with four black and white photographs of the same models. The color works (Character Studies 1-4) depict a kind of reality in pared down studio portraits; while their black and white counterparts (Excerpts 1-4) depict emotional, cinematic, narrative scenarios. The ensuing visual and allegorical dialogue is one that both constructs and questions the ways in which memory and fantasy operate in society, in the most Laura London kind of way. The triptych of color photographs Lilac - Present; Rose Garden - Past; Camellia Forest - Future show a young woman with her head turned away, her gaze averted, her surroundings mysterious, lyrical, and overtly symbol-rich.

The video and the show are called Relocation. It's digital video but notably features hand-drawn animation -- of camellia flowers in bloom and decay. It is set to a classic rock rendition of "Fur Elise" in live piano, electric bass, live drums, electric guitar and ambient/nature sounds a la Hendrix. It is a sound, pored over by London, that exactly like her imagery and her process, are made to evoke a specific time and place and a way of doing things.

A video still small edition print has been created as well as a catalogue of the artwork in the exhibition. 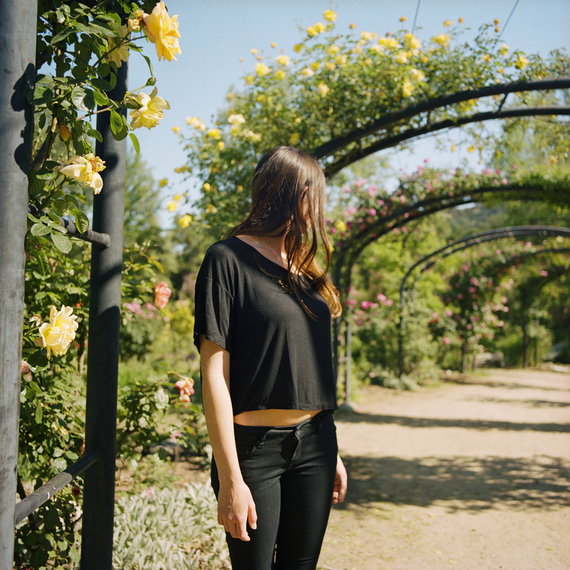