The arrest of a former police officer this week after the discovery of two women's bodies stuffed into suitcases and dumped in Wisconsin has raised questions about the investigation. Chief among them: Did police do everything they could to locate one of the victims, a mother who vanished in November, before she turned up dead?

Laura Simonson, a 37-year-old mother of seven who was reported missing Nov. 22, was discovered dead on June 5 inside a suitcase near Lake Geneva, in southern Wisconsin. The body of a second woman, who police haven't publicly identified, was inside another suitcase.

Steven Zelich, 52, of West Allis, Wisconsin, was arrested Wednesday on two counts of hiding a corpse. According to police, Zelich has confessed to involvement in Simonson's death. Investigators haven't elaborated.

Police knew soon after Simonson disappeared that she had been in Zelich's company, a source close to the investigation told The Huffington Post on Thursday. Simonson was last seen leaving her mother's Farmington, Minnesota, home on Nov. 1, police said.

"They knew from the beginning who she left with," the source said, adding, "There was a trail that was left behind. There was, without a doubt, hard physical evidence [of] where she was. [Authorities] were aware of it from the beginning. I don't know why they didn't follow up on it sooner."

Zelich, according to the Nexis public records database, once worked as a police officer in West Allis, near Milwaukee. WISN 12 News reported he resigned in 2001, after allegations of misconduct involving a prostitute. No criminal charges were filed.

Jennifer Reitz, spokeswoman for Geneva police, who are leading the investigation into the discovery of the bodies, on Thursday declined to discuss whether authorities had made attempts to contact Zelich prior to his arrest. She also declined to confirm whether authorities were aware of an April 18 classified ad that appeared in Wisconsin Super Ads. The ad, placed anonymously, accused Zelich of holding Simonson captive. The ad read, in part:

"Steven Mark Zelich is a sadist who has enslaved a petite female named Laura Jean Simonson. He keeps her naked, handcuffed, shackled, and caged. He has no intention of ever releasing this poor woman who suffers from various mental disabilities. She has been whipped and tortured by Steven Mark Zelich since November 2, 2013. Laura is the mother of 7 young children and has not been allowed by Steven to contact them in any way. The police have not been able to locate where Steven has Laura imprisoned. Please join our effort to find and free Laura Simonson."

The ad alleged that Zelich had profiles on a website involving dominance and submission. It included a cellphone number for Zelich, which The Milwaukee Journal Sentinel tied to a contact number for him at Legalshield.com, where he reportedly works as a contractor. An email address attributed to him also appears on a Yahoo online discussion board titled "MasterB Slave Club."

A January 2012 post attributed to the same email address read:

"I have just joined the group, with the hope of finding an owner (male/female/couple). I seek no limit no release enslavement, imprisonment, captivity, animalization...ideally in a farm/caged situation. If this level of control interests you, please feel free to make contact."

Authorities at a media briefing on Thursday didn't confirm Zelich's online activities. They said they were investigating his possible involvement with bondage websites.

Jerrie Dean, an advocate for missing persons, wrote about a possible connection between Zelich and Simonson in a Jan. 24 story for Missingpersonsofamerica.com. Dean repeated information from the Wisconsin Super Ads item and compared Simonson's disappearance with the three women who were held captive in Ariel Castro's Ohio home for 10 years.

Dean told HuffPost on Thursday that authorities were aware of the information in her article.

"The police did go talk to [Zelich], and he said he left her on her own and she wasn't there," Dean said of Simonson.

Farmington, Minnesota, police Detective Sgt. Lee Hollatz told The Associated Press that Zelich had long been his "No. 1 person, by far, of interest" in Simonson's disappearance.

Police on Thursday said they believe Simonson was killed in Rochester, Minnesota -- more than four hours by car from Lake Geneva. Detectives reported recovering potential evidence of Simonson's death at a hotel there on June 24, after hotel employees recognized Simonson's photo and contacted police. Hotel records indicate Simonson and Zelich stayed in the room on Nov. 2 and Nov. 3, authorities said.

Hollatz told AP he discovered soon after he began investigating Simonson's disappearance in November that she had gone to the hotel with Zelich. But all he had was a missing person's case until the bodies were discovered, he said.

"I saw Laura as a vulnerable adult because of things in her life that she was dealing with," Hollatz told AP.

Authorities have tentatively identified the second victim in the case, but haven't released her name. Investigators said Thursday they believe she was killed in Wisconsin, but did not elaborate.

Zelich was held in the Walworth County Jail without bond. He was scheduled to appear in court Friday.

Did Police Do All They Could In Wisconsin Suitcase Bodies Case?
Steven Zelich Case 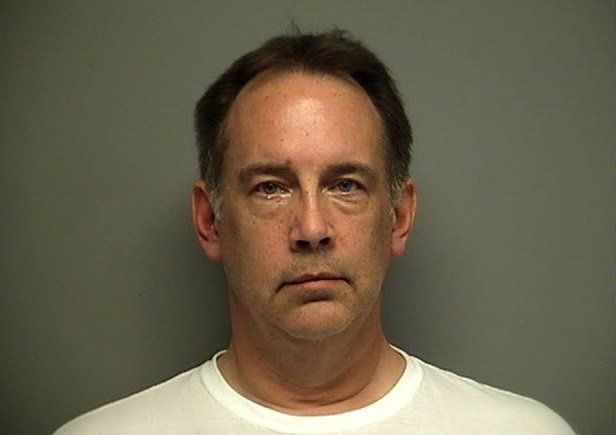