In the fashion world, Lauren Bush and David Lauren are practically royalty: his father, of course, is none other than Ralph Lauren, while Lauren, besides having that famous name, is the founder of FEED, philanthropic purveyor of those ubiquitous burlap bags.

Yet their wedding was far from "royal" -- there was no red carpet, no tiara and the horse-drawn carriage was of a different sort. Instead, following the groom's family's signature style, the Lauren-Bush nuptials were utterly, unabashedly Western.

The wedding pictures are showcased in the December issue of Vogue, with the mag giving a behind-the-scenes look just as it did for David's sister Dylan's wedding in July.

The wedding was billed as "western-style" and boy, did it deliver. The gorgeous Vogue photos, two of which you can see below, show Lauren in an antique tulle gown, crossing the idyllic Colorado landscape in horse and buggy en route to the ceremony.

David, who wore an old-timey suit with tails and gold chains hanging from the pockets, described the affair to Vogue as "a beautiful movie like you were riding across the Old West and you stopped in at a wedding."

A movie with an amazing costume designer, of course. Lauren described the making of the dress, designed by her new father-in-law, to Vogue:

"I walked in, and there were these beautiful illustrations of the looks we'd discussed with my face on them... It was like a dream come true. [Ralph and I] sat together and arrived at this silhouette. It isn't Victorian exactly. I wanted something modern as well, so there is the high-necked collar and puffed shoulders with the large open back."

To be honest, it does remind us a bit of another famous wedding dress... but that headpiece is truly something else.

Take a look at the stunning pics below and head to Vogue.com to read the whole profile and swoon. 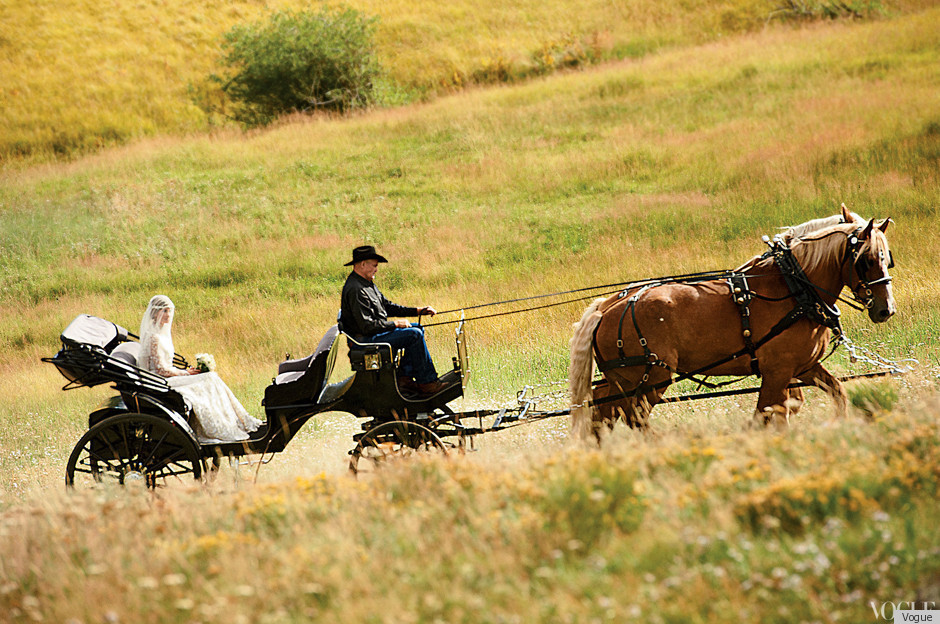 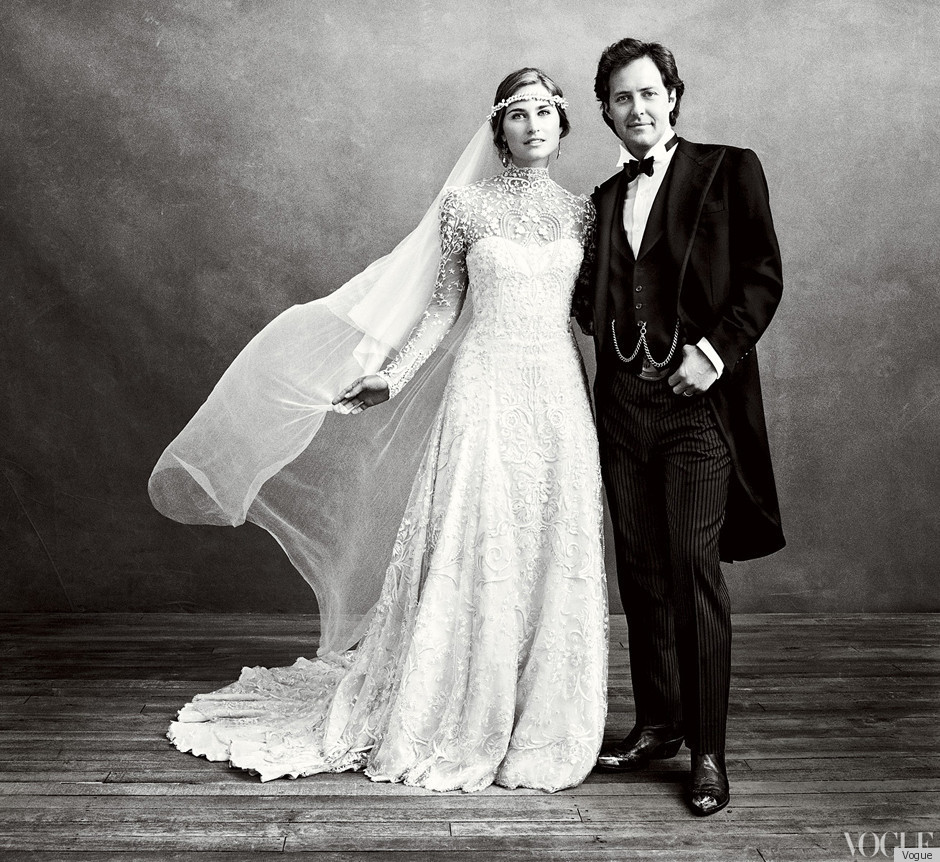