Lauren Hill, the 19-year-old who battled terminal brain cancer and had love for basketball that inspired many, died Friday, according to reports.

Hill gained headlines as she fulfilled her dream last November of playing collegiate basketball for Ohio's Mount St. Joseph's University. She had been diagnosed with Diffuse Intrinsic Pontine Glioma after she turned 18 in October 2013.

"To put my foot down on the floor and hear the roar of the crowd -- I just love it so much. I love basketball," Hill said after the game, where over 10,000 people attended, according to the Associated Press.

The away game was originally scheduled for later in the month, but the NCAA allowed it to be moved up due to Hill's condition. It was also held at Xavier University to accommodate the large, sold out crowd.

Hill, suffering from an inoperable brain tumor and given only months to live, used her story to raise awareness and funds for pediatric cancer through her foundation, Layup4Lauren, which directs proceeds to The Cure Starts Now. The foundation announced on Facebook following Hill's death that the teen had raised $1.4 million.

Her story gained the attention of many athletes, including Lebron James, who called Hill "amazing":

Hill's Indiana high school retired her number in November and she had also been featured on a Wheaties box:

Lauren may have just hit the big time!

However, behind many of the motivational headlines, Hill said was difficulty and heartbreak.

"You can turn it into a happy story, which is good," Hill said. "But it's hard. It's really, really hard."

In an emotional interview last month, Hill's deteriorating condition was apparent. But even amidst her tears, the teenager's focus remained on ensuring that people will continue to donate for research, explaining how radiation and treatment has taken its toll.

"I feel like I can do it. I can stand up and go walk and play. And go play in that playground out there, if there is one. I can't remember because radiation has fried my brain. They need to find better treatments," Hill said.

Mout St. Joseph's announced earlier this week that an event would be held on April 12 to benefit Hill's Layup4Lauren foundation.

PHOTO GALLERY
A Look Back At Lauren Hill 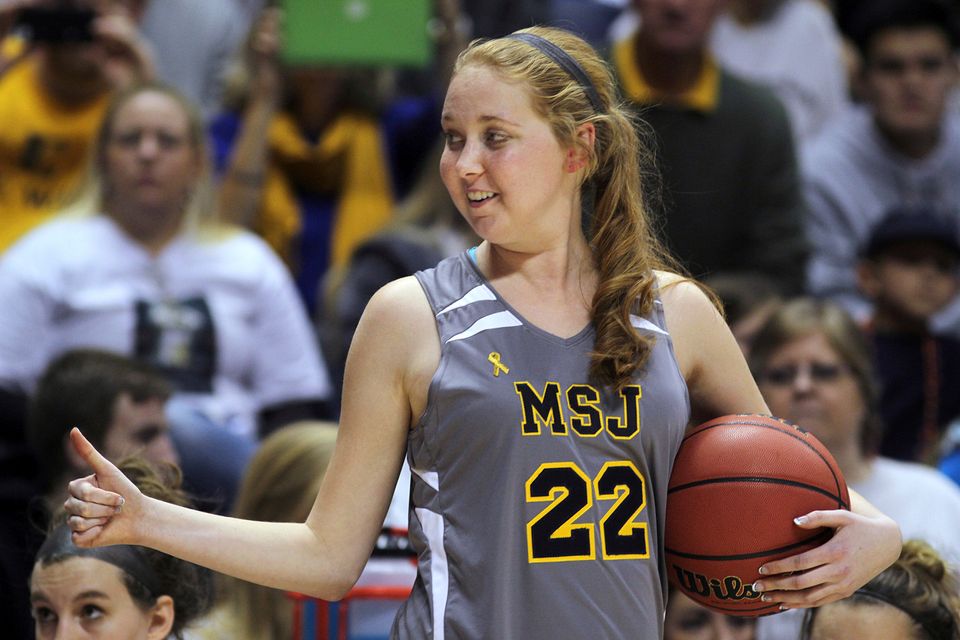 1 / 17
In this Nov. 2, 2014, file photo, Mount St. Joseph's Lauren Hill gives a thumbs-up as she holds the game ball during her first NCAA college basketball game, against Hiram University, at Xavier University in Cincinnati. The 19-year-old freshman basketball player died at a hospital in Cincinnati Friday, April 10, 2015, the co-founder of her foundation The Cure Starts Now said. (AP Photo/Tom Uhlman, File)
ASSOCIATED PRESS