Harper's Bazaar tracked down 67-year-old Lauren Hutton who acknowledged that gap teeth are having a moment:

"It's becoming quite fashionable now, isn't it? Forty-five years later," she jokes.

At first, she tried using morticians' wax to cover the gap, cutting a line in the middle of it. Then she used a cap, which she would often swallow, laugh out, or misplace.

"Revlon wanted me to use it all the time, and then the construction workers would yell at me in the street, 'Hey, Lauren, why did you fill in your space? We don't like you anymore!'" she says. "So I would turn and give them a great big grin and they would cheer."

Hutton also remembered her 2000 motorcycle accident, after which she was semicomatose for two weeks:

"I was broken a million different ways," Hutton says. "Ribs, a punctured lung, my leg was broken and hanging out of my leathers, and my arm was shattered. It was a year before I really walked, and I've had six operations. And if I hadn't had a visor, I would have been dead, because it would have taken out my prefrontal lobes."

Read the rest at Harper's Bazaar. Photo by Paul Jasmin: 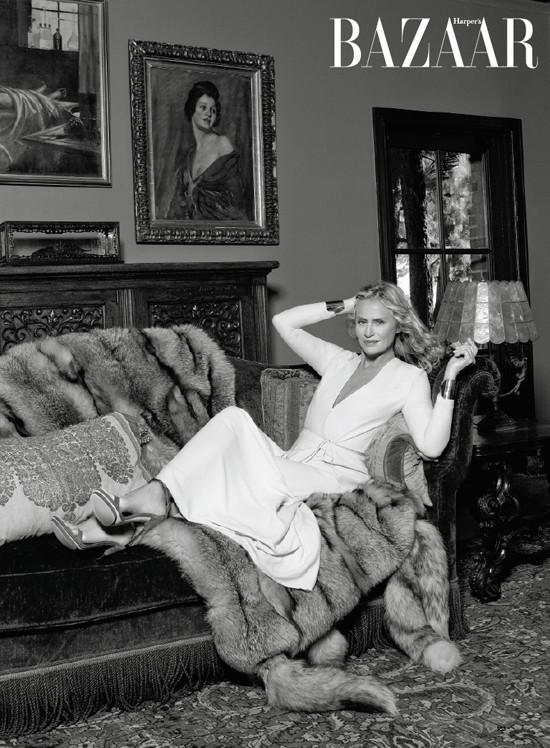 Voting Made Easy
Register to vote and apply for an absentee ballot today
Register now
More:
StyleModelsLauren Hutton
Newsletter Sign Up
An essential daily guide to achieving the good life
Subscribe to our lifestyle email.
Successfully Subscribed!
Realness delivered to your inbox