Warning: This post contains nudity and, though beautiful, may be unsuitable for work.

What defines you? The loving words bestowed upon you by your loved ones -- such as strong, kind, or beautiful; mother, inspiration or fighter? Or the slurs cast upon you by strangers or acquaintances -- like stupid, fat or annoying; failure, bitch or fuck-up?

Photographer Lauren Renner explores the many ways we are defined by labels, from the mouths of others as well as ourselves, in a stunning series entitled "In Others’ Words."

The compelling photo series strips away all the excess to explore how we as human beings deal with the words thrown at us, both carefully and thoughtlessly, each and every day. "The labels that dictate how we are viewed by society are different, in many ways, from how we as individuals identify with ourselves," Renner explains in her statement. "At times, it can seem as though the line between our self-identity and the identity placed on us by others is blurred. This makes it difficult for us to free ourselves from the confines of words, and alter the perception we have of ourselves."

To explore the effects of the labels and stereotypes we're all exposed to, Renner recruited volunteers to list the various words used to describe them on a piece of paper. After listing all their modifiers, from the complimentary to the painful, Renner's subjects stripped down and wrote the words on their nude bodies. Ranging in age, gender and life story, the brave subjects proudly wear the words thrust upon them, expressing ownership over their collective and individual identities. 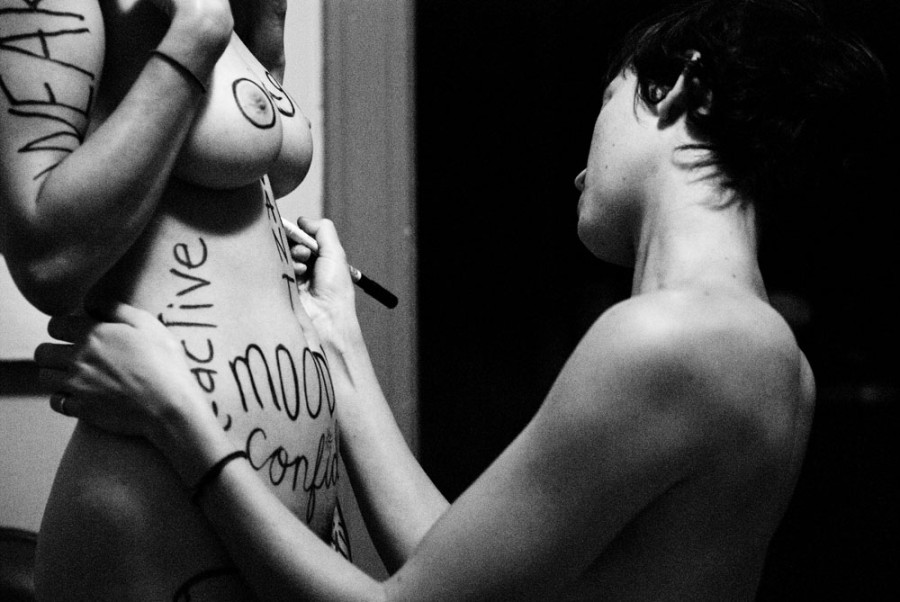 "Growing up, I had always operated very freely when it came to exploring various hobbies and interests, so when the opportunity presented itself for me to date a woman for the first time, I gave myself the space to explore a side of myself that had thus far been unchartered," Renner told The Huffington Post. "This shift in my actions and emotional focus led to distinct shifts in how the people I was surrounded by chose to interact with me. These interactions were not inherently negative or even drastic, but were still frequent and noticeable.

"Suddenly, I was being labeled as 'gay' or 'queer,' and asked questions about being 'gay' or 'queer' that I didn’t even have the answers to because I had never thought of myself that way before. It was as though the world around me suddenly seemed to view me as a completely different person, while I still felt that I was the same person I’d always been who was simply exploring another part of myself. It made me furious. It made me curious. It gave me the artistic voice I had always been searching for." 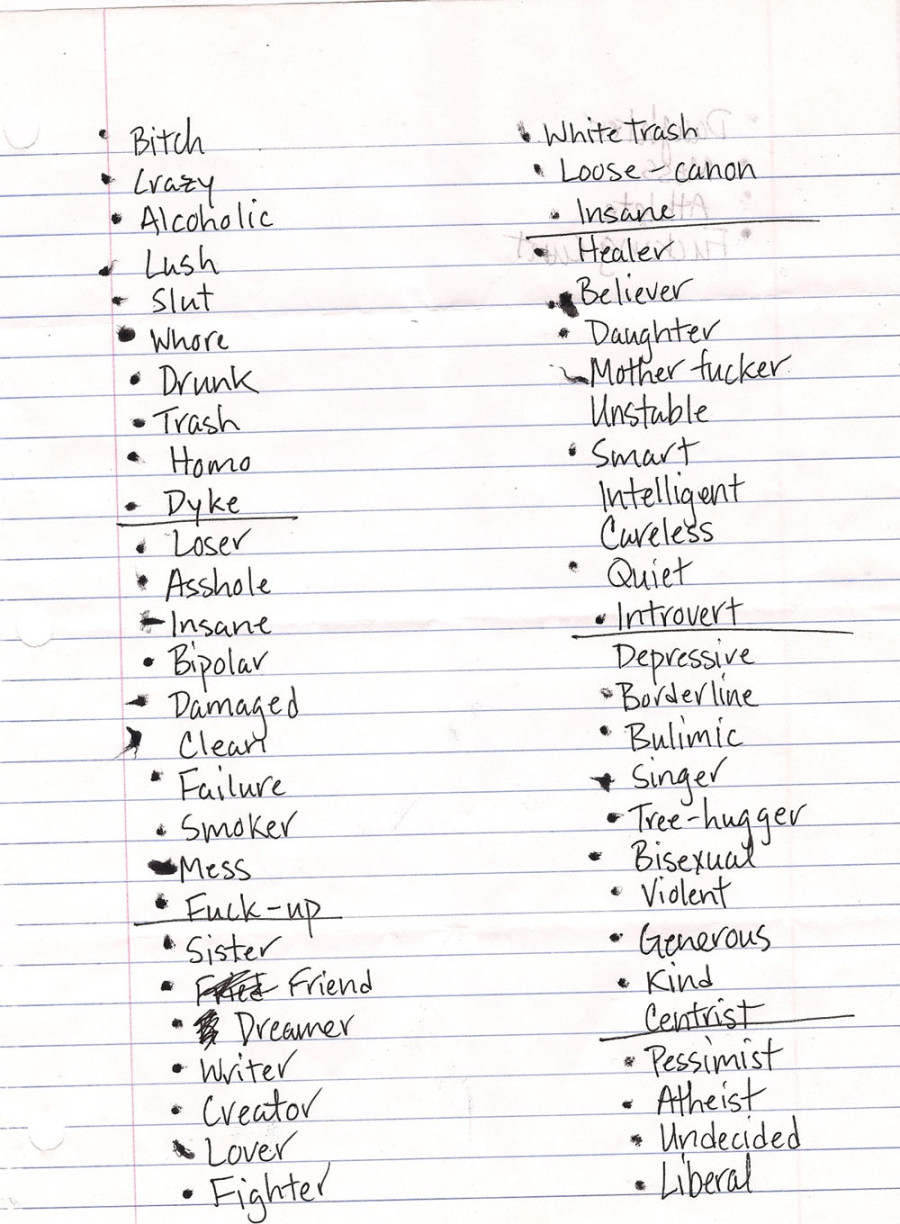 At first, Renner announced her photo shoots via social media, inviting friends, acquaintances and total strangers to prepare their lists of labels and meet up. The models would, without knowing each other prior, transcribe each other's lists onto their naked bodies, physically incorporating their labels into their bodily being. Since the project's beginnings, however, it has gained serious momentum, leading human beings to reach out from all over the world to participate.

Renner's bold endeavor illuminates just how powerful words can be, whether uttered by your life partner or a bigoted stranger on the street. The series reminds us of the photo series "What I Be," which asked subjects to write their deepest insecurities on their bodies -- except this time they're naked.

When describing her goals for the project, Renner explained that she didn't aim to abolish stereotypes, but rather illuminate the power of refusing to allow these stereotypes to define us. "I would like to shed light on the fact that stereotyping and labeling are acts that none of us are exempt from perpetuating and experiencing," she said. "We can either continue to use our differences to divide us, or we can unite on the basis of our shared experiences, respect the impact of those experiences, and define our identities for ourselves... I hope to offer my participants a chance to unite, to bring light to their experiences through raw personhood, and to define their identities for themselves despite what society has put upon them."

See the stunning series below and let us know your thoughts in the comments. If you're interested in participating in a shoot, email Lauren at lauren@laurenrenner.com.