From Hiroshi Senju to M.C. Escher, many artists have been inspired by the majestic beauty of the waterfall, that epic natural formation where rock meets water at full speed. But never have we seen the waterfall serve not only as muse, but also as canvas.

That's where Laurent Gongora comes in. The French installation artist set out to "redraw" the shape of a waterfall, turning France's Cascade de Vaucoux into a geometric playground that resembles an optical illusion far more than the stuff of real life. "Halfway between a stepped cascade and a school game, the installation tries to challenge the natural way of the waterfall," Gongora explained in an email to The Huffington Post. 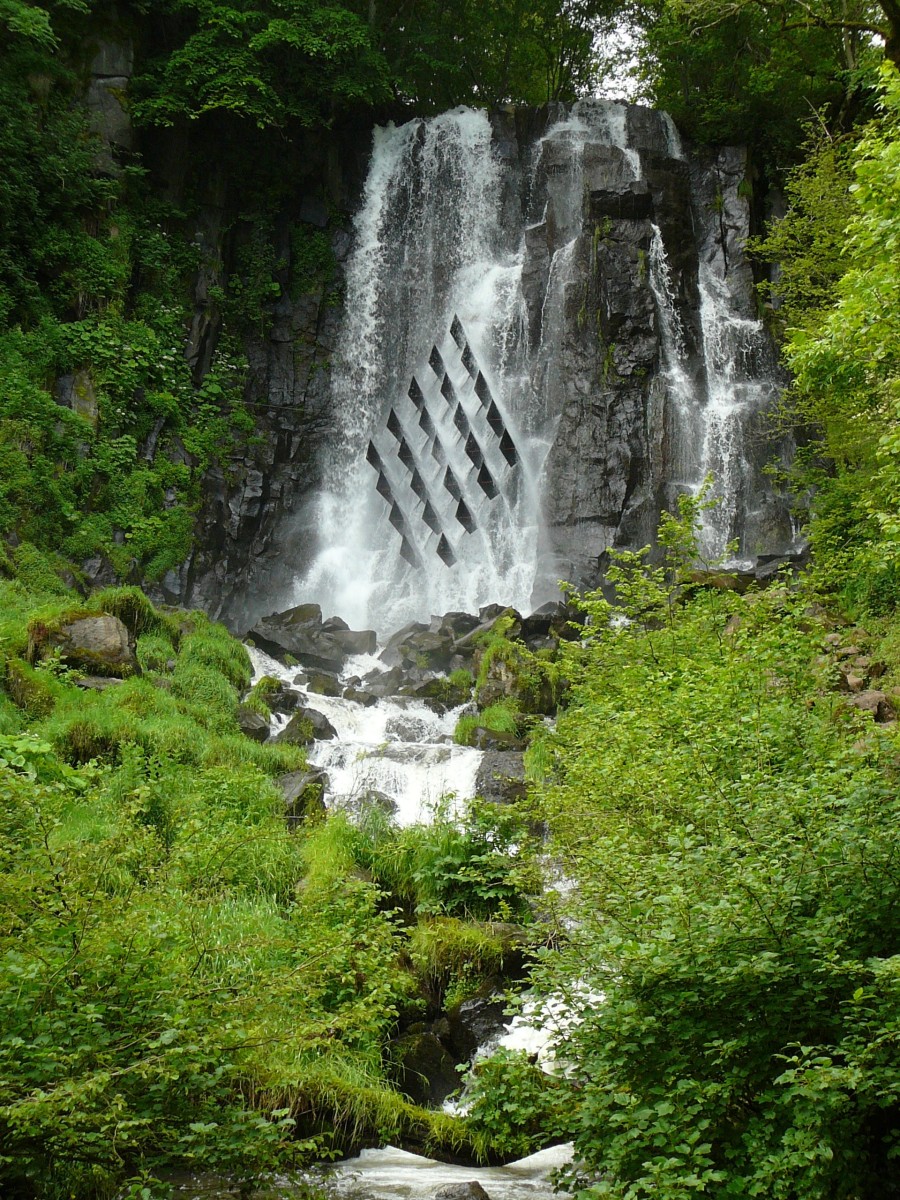 For the piece, Gongora secured 24 sheet-steel roofs, fixed on a steel base frame, to the rock behind the fall, creating an eight-meter-high diamond. The feat took two climbers over three days to complete, with the help of six steel cables, and the heavy surge of the waterfall gushing the entire time. "For the record, there is a small wooden perch under each roof, in case a 'stunt bird' would like to come and shelter," Gongora commented.

"Looking at this huge cascade," the artist explained, "I thought it would be interesting to tame the way water is falling. The graphics of the basaltic rocks around the waterfall made me want to build something very geometrical. And the fact that there are plenty of birds in this area made me think about making small roofs."

The piece, completed in 2012 but recently making the rounds online, is titled "Les Cascadeurs." The name translates to "stuntmen" -- an apt name given the intensity of the installation process -- and in French denotes both a waterfall and a stunt. Somewhere between one of Christo and Jeanne-Claude's large-scale natural interventions and M.C. Escher's tripped out geometry, Gongora's sharp-edged earth art proves that artists don't only replicate nature, they literally reshape it.