CROWN HEIGHTS — The alleged "knockout" attacks on Jewish residents of Crown Heights may stem from ongoing racial tension between the neighborhood's black and Jewish communities, a newly-elected Brooklyn politician said.

Councilwoman-elect Laurie Cumbo, who was elected to represent Crown Heights starting in January, released an open letter Tuesday saying that many of her black constituents told her they feel threatened by the growth of the neighborhood's Jewish community — and she fears the tension could be spiking the recent violence.

"Many African American/Caribbean residents expressed a genuine concern that as the Jewish community continues to grow, they would be pushed out by their Jewish landlords or by Jewish families looking to purchase homes," Cumbo wrote in the 1,200-word letter, which was emailed to supporters and posted on her Facebook page.

"I respect and appreciate the Jewish community’s family values and unity that has led to strong political, economic and cultural gains. While I personally regard this level of tenacity, I also recognize that for others, the accomplishments of the Jewish community triggers feelings of resentment, and a sense that Jewish success is not also their success."

She added that these sentiments among black Crown Heights residents "offer possible insight as to how young African American/Caribbean teens could conceivably commit a 'hate crime' against a community that they know very little about."

"I saw her letter. I told her I totally disagree," Sperlin said. "I think she has a lot to learn in this community....she’s coming in on such a left foot, and she didn't even step into the City Council yet."

Sperlin added that Cumbo's claim that African Americans and Caribbean Americans were unfairly feeling the brunt of the real-estate crunch ignored the pressures equally faced by their Jewish neighbors.

"I don’t know where the wild dream is coming from that Jewish people want to kick African Americans out of their houses...but it’s definitely not coming from the Jewish community," the rabbi said.

Crown Heights Youth Collective President Richard Greene, who has spent his career working closely with neighborhood teens, said he, too, felt Cumbo had jumped to conclusions about the recent attacks.

"As an organization that has worked for more than 20 years to improve Black-Jewish relations in the aftermath of the Crown Heights riots, we are troubled by the incoming councilwoman's sentiments, particularly her comment about resentment over Jewish economic success, which evokes classic anti-Semitic stereotypes," New York Regional Director Evan Bernstein wrote in a statement.

"Still, it seems from her letter that she means well and we would be open to meeting with her and others in the community to continue the dialogue."

New York State Assemblyman Dov Hikind also weighed in, writing in a letter to Cumbo on his blog that he was "dismayed" by the councilwoman-elect's message.

"Expressing, as you have, a sympathy for those who hold the success of the Jewish community in contempt — as a success 'not their own' — almost rings as an apology for those who are committing violent crimes as a response to their resentment," Hikind wrote Wednesday.

"As you state later in your letter, if one person attacks another, regardless of the motivation, there is no justification for such an action."

As of last week, the NYPD's Hate Crimes Task Force was investigating at least seven attacks in Crown Heights, Midwood and Borough Park as possible anti-Semitic bias crimes, while police try to determine whether the attacks are connected to the violent street game in which teens attempt to knock unsuspecting victims unconscious with a single punch. The attacks include a 19-year-old Hasidic man who was punched in the face on Kingston Avenue near Crown Street by a group of eight teens on Nov. 10 and a 78-year-old woman who was hit over the head in Midwood on Nov. 9.

In her letter, Cumbo characterized the attacks as part of a breakdown in relations between African-American and Caribbean-American residents and the Lubavitch Hasidim, who have lived together in sometimes-uneasy proximity for decades.

The most notorious clash between the groups took place during the Crown Heights Riots in August 1991, when a 7-year-old black boy was hit and killed by a Hasidic driver as part of a funeral procession for a Lubavitcher rebbe, setting off four days of violence.

"The African American/Carribbean/Jewish community had come a long way since the Crown Heights Riots over twenty years ago," Cumbo said, adding that she met with a local rabbi at a community meeting last month to discuss educating the neighborhood's youth about their history "in order to prevent it from spiraling out of control."

"Today, most young people are not even aware that the Crown Heights Riots even happened," she added.

"I believe that it is critical for our communities, and especially for our young people, to gain a greater understanding of one another so that we can learn more about each other’s challenges and triumphs despite religious and cultural differences," Cumbo wrote. "When I assume office in January, I will be working with local leaders to plan a series of events that will bring our young people together."

The councilwoman-elect said that while there is never any justification for violence, "In many ways governmental neglect, outside uncontrolled influences and failed leadership have led to the breakdown that so many young people of color are currently facing.

"We should never blame a victim, or try to explain away any wrongdoing... Yet, since the issue of race has been unfortunately been introduced into the conversation about the current epidemic, I pray that I can assist in bringing my Jewish and African-American/Caribbean constituents to a far better relationship and understanding."

She also slammed the media for raising alarm over assaults on Jewish victims while failing to communicate outrage against violence in the black community.

"As the media has recently focused our attention on the 'Knock Out Game,' I am challenged with the reality that a 66 year old grandfather was shot and killed earlier this week while dropping off money in Fort Greene’s Walt Whitman Houses to help a family pay for Thanksgiving dinner," Cumbo wrote.

"There was no public outcry or calls for swift legal action for this loss of life or for the dozens of others that were killed in the public housing developments this year in the District."

"We must all come together across religious and racial lines anytime someone in our community is attacked."

Cumbo said Wednesday that she's gotten a lot of feedback about her letter online, adding that it was primarily positive.

She added that "if these attacks are driven by hate crimes, we have to understand where that hate is coming from, we just have to understand it. We may be able to arrest the individuals that were involved, but how do we prevent it from happening again?" 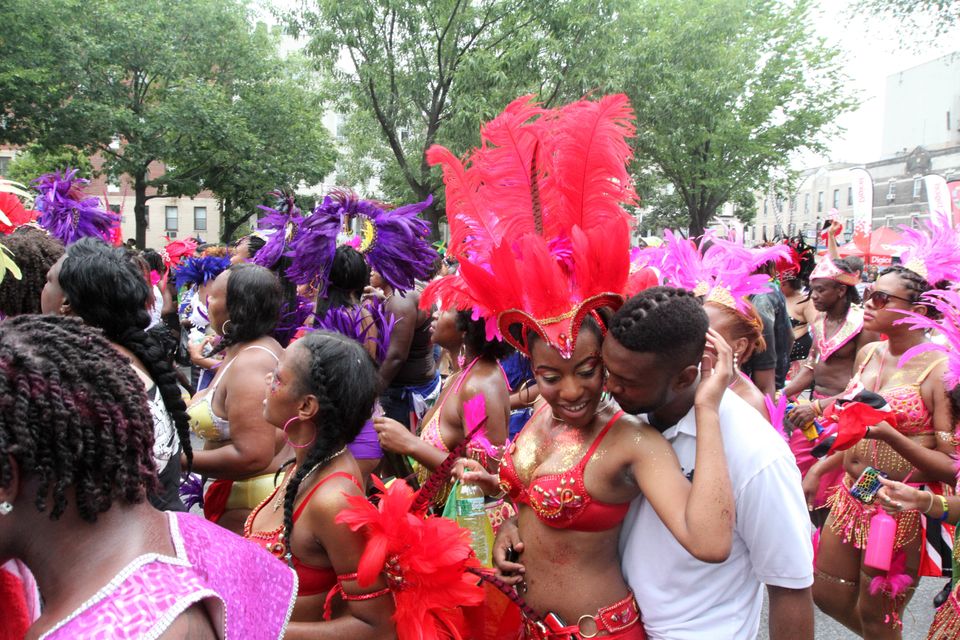